Musings on: "Healthcare is Not a Human Right" 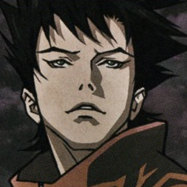 Musings on: "Healthcare is Not a Human Right" published by Synkrasis
Writer Rating: 0
Posted on 2019-10-17
Writer Description: I write shit that comes to mind
This writer has written 1 articles.

Foreword note: None of this is properly, scientifically researched, or sourced. All info is gleamed from various google searches, uncritically, as well as the amalgam of residual high school knowledge living in the far back of my mind. As such, don't expect any consistency wrt. the reality of the statements in this article, or even coherent arguments. Do take everything with a 1 [unit of weight measurement according to your liking, whether metric or imperial] amount of salt, and for the love of God do not cite this in any more formal paper.

I will also stress that this is not a rebuttal of the original article of any sort, it's just a thought experiment to flesh out my conceptions regarding the subject. If you somehow gain any value from this, I'm glad, but that's not the point of it. Ergo don't expect me to conclude anything, or intentionally provide the reader anything of substance.

Speaking of providing, it's a great segue into the main topic I want to write about. The article I'm "responding" to talks about healthcare and its oft-proclaimed status as a 'human right'. I'm fairly certain this status as well as its wording comes from the UN's UDHR (Universal Declaration of Human Rights), instantiated after the second world war (possibly), in which they attempt to address the state of affairs in the post-war world and rectify, as well as further prevent the atrocities committed by the parties involved in the war itself. This declaration itself isn't much related to the article in question, but it's helpful to look at the origin of the term and contrast it with the context it's being used in here. As I will do right now.

The article seems to take a libertarian stance with regards to healthcare. It seems to me to be a rebuttal of the not unusual point made by left-leaning politicians and their supporters alike; that it is a 'human right', but not in the above sense. I hate to generalize political ideology and praxis, but for the sake of clarity I'll refer to those repeating said point as 'progressives', in the same way that people with left-economic opinions are often colloquially referred to. Anyway, what the 'progressives' are referring to when they use the term 'human right' seems to me to relate not to a practical matter, like that of the UDHR, but a more deeply rooted philosophical debate regarding ethics.

Since this ethics debate isn't explicitly referred to, but rather seems to be implied in the surface-level political debate, it's hard to pin down where the progressives stand with regards to concrete philosophical ideas. Because of this undecidability arising, I have come up with two ways to conceptualize the progressives' viewpoints of 'human rights'.

One is that some of them seem to view 'human rights' as something like 'that which must be secured, no matter the cost'. This is a deontological stance, as it fixes the idea of 'rights' as the "rule" that must be kept. People and actions betraying that rule, may be deemed immoral or unethical as a result.

The other viewpoint is a more practical, utilitarian-focused approach. It always seems to surface when economics are involved in the debate. It isn't hard to see why, as economics boils down (for the average person) to "investment-profit" dichotomy issues. These are in their essence cause-effect relations (which are being economized by viewing them as problems to solve), and thus must deal with the consequences (effects) part as well as the cause part. Examples of utilitarian/consequentialist 'progressive' politics could eg. be that of Andrew Yang, who in some sense argues using the consequences of his politics by presenting data related to that of his UBI-bill proposal. (I won't speak of the validity of these arguments nor the scientific data presented. I will merely present the apparent tactic.)

I want to expand on the first point, seeing as the progressive types following that line of thought seem to be uniquely moralizing, in contrast with their more seemingly mellowed pragmatic comrades. The types often addressing "morality" as the prime issue, can, depending on your stance, seem intimidatingly political, or even insane. I think the amount of inane "SJW RAGE" compilation on YouTube highlights this nicely. For lack of a better term, it's these 'SJWs' that I'll pose are prime examples of this deontological ethical system. I will state that I mean no harm in using 'SJWs' as an example of this system. Their system may have its merits, I will not speak on that matter. If you consider yourself one, or hold beliefs similar to what I've described here do tell me if what I'm saying is off.

This is also not to say that the utilitarian extremes are any better with regards to their insanity (to clarify: "insanity", at least when viewed from an ideological stance far removed from that of the ones in question); there aren't a lack of examples where utilitarian ideologies have driven people to commit what one might consider heinous, horrendous acts in order to avoid certain consequences. Though, at that point, one might consider it a deontological ethical system, where "avoiding consequence 'x', at all cost" has been fixed as the rule. The line blurs so I'll avoid further speaking on this matter. (Will also refrain from going further than mentioning the dreaded equine footwear theorem in this small note. Take my hint as you will.)

Now I also want to make clear that these two groups of progressives aren't distinct. They're a gradient, and people might shift in their opinion with regards to the issue being presented to them. However, there does seem to be two distinct poles, at the extremes, where a certain viewpoint is most present. As such I take it to be a general rule, and not something to use to put people into boxes. Fueling un-nuanced tribalist political feud for the sake of emotional gratification isn't what I intend to do. Anyway, Andrew Yang might call it immoral to deny, say, socialized elder care (hypothetical scenario) whilst still arguing for a more pragmatic-seeming approach to taxation of the higher socioeconomic strata.

Back to the idea of rights, the distinction posed in the article earlier comes down to positive vs. negative rights. The easiest way to define these are as follows: negative rights are rights that can be secured by others refraining from acting out certain behavior. Positive rights are secured by others engaging in certain behavior. These again connect back to the ethical dichotomy I laid out earlier. It seems to me that the defining trait of progressives (as opposed to, say, self-identified right-libertarians), across the entire ethical spectrum is that they will all at some point espouse some sort of mostly positive rights-based system. Having established this we can furthermore follow the divide into the deontologist vs consequentialist dichotomy; Deontologist progressives may disregard the idea of there being a distinction between positive and negative rights entirely, whilst the consequentialists, insofar as they consider positive rights a 'negative', will refrain from espousing positive rights unless it's required to prevent undesirable consequences.

To "finish off" I'll also point out that the ethics of most right-libertarians also seem a deontologist ethic. They all have some idea that most positive rights are bad. Taking it to the extreme, you have the so-called voluntaryists (also known as anarcho-capitalists) who are staunch deontologists. They regard the entirety of the notion of a state as immoral, as it violates their NAP (non-aggression principle) which is their deontological "rule", or fixed-point which may not be violated. The non-aggression principle can be derived by first taking the stance of decrying all positive rights. Because such rights, unless everyone in a positive-rights based community voluntarily contribute to uphold the system, require violence in order to force individuals to participate, the conclusion is that all violence, or encroachment upon another's body (or sometimes property depending on how you define 'body') is a violation of your initial stance.