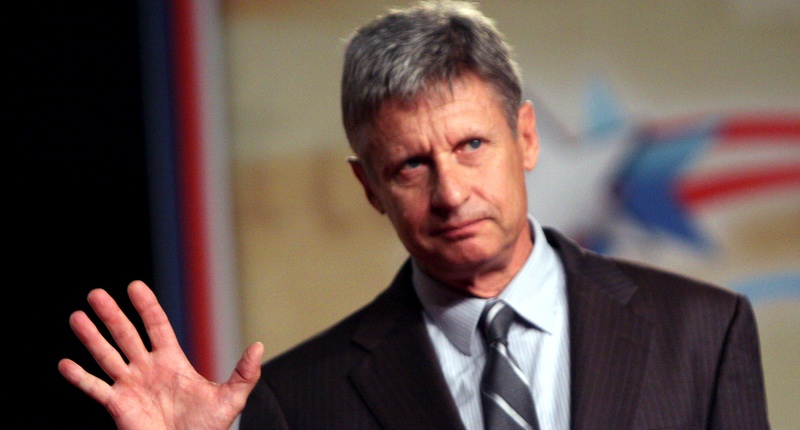 Military troops favor Libertarian candidate Gary Johnson for president over Donald Trump and Hillary Clinton, according to a new survey.

Johnson garnered 38.7 percent of the active duty vote, versus 30.9 for Trump, and 14.1 for Clinton, according to the survey, which was conducted via the popular military personality Doctrine Man.

Although the survey was not a scientific poll with a margin of error, it provides a snapshot of the preferences of about 3,500 active duty, reservists, retired and former members of the military and their family members, 95.7 percent of which were registered voters.

Among all services except for the Navy, Johnson performed better than Trump and Clinton.

Current, reserve and former members of the Army preferred Johnson at 35.4 percent. Trump, the Republican nominee, came in second at 31.4 percent, and Clinton, the likely Democratic nominee, at 15.3 percent.

The majority of the Air Force respondents chose Johnson at 39 percent, but Trump next at 29.9 percent and Clinton at 12.9 percent.

Trump ranked the top choice for the Navy community, at 32.4 percent, versus 31.7 percent for Johnson and 22.9 percent for Clinton.

Despite Clinton's underwhelming performance among active duty troops in the poll, their family members preferred Clinton at 29.4 percent to 27.5 percent for Trump. Johnson came in third, at 24.5 percent.

Trump came out on top among members of the military who retired after serving at least 20 years.

Retirees preferred Trump at 37.4 percent, compared to 32.2 percent for Johnson and only 11 percent for Hillary Clinton.

However, when former members of the military who served fewer than 20 years were included, Johnson came in first, at 36.1 percent, while Hillary Clinton garnered 12.6 percent.

The new survey underscores the unpopularity of both Trump and Clinton, something that was also reflected in a recent Military Times survey.

Troops have found themselves at the center of several heated campaign debates, many of them sparked by Trump.

Trump has said Sen. John McCain (R-Ariz.), who was held captive during the Vietnam War, is "not a war hero" and has said that if he ordered troops to re-institute waterboarding, they would do it. Trump has also called for killing terrorists' families.

Trump has also railed against the Department of Veteran Affairs and suggested Army Sgt. Bowe Bergdahl should be executed for leaving his post.

The attention to troops this campaign cycle has prompted the nation's top military officer, Chairman of the Joint Chiefs of Staff Marine Gen. Joseph Dunford, to remind troops not to politicize the military during the elections.

"What we must collectively guard against is allowing our institution to become politicized, or even perceived as being politicized, by how we conduct ourselves during engagements with the media, the public, or in open or social forums," he wrote in the July issue of Joint Force Quarterly, a military academic journal.