Feminism: your shit's getting old 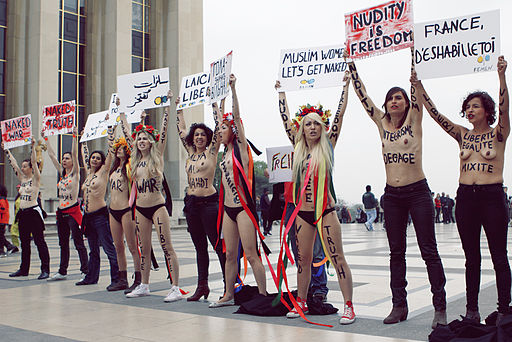 Feminism: your shit's getting old published by The Womb
Writer Rating: 0
Posted on 2016-07-28
Writer Description: My thoughts; unfiltered, uncensored and they probably don't make sense.
This writer has written 2 articles.

Hello there dear reader, I am The Womb. You don't know me and that's fine, but you will, I hope, come to know me in time. For my first article, I thought I'd write about feminism, or more specifically third wave feminism. It seems to be a hot button topic for people these days; and it is even for me. I find myself thinking about it often and I've been thinking about it a lot today, so it seems apt to me that my first article should reflect what I've been thinking about. In fact, that's what you should come to expect from my articles: my thoughts. They can range from politics to movies, music to math, science to sex. Whatever it is, I'm going to give my two cents. Not because anyone asked, but because I might go insane if I don't find some kind of outlet for all the crazy shit I think about on a regular basis. Before I continue, I want to make it clear that all my articles will be extremely bias, opinionated and one sided. These are my thoughts, not facts. Any factual information I use to back up an argument, or as an example of something I am talking about will be sourced/linked as appropriate.

Now lets get down to business.

Feminism. What's going on with Feminism? I know a lot of feminists, and they are constantly talking about it. It's practically a religion to these people. I often hear them talk about rape culture, sexual objectification, patriarchy, how said patriarchy is fucking over women, the wage gap, how women aren't seen as funny, how there should be more women in X, Y, Z professions etc etc. We already know the wage gap is a myth, I'm British, and over here, the same is still true. There are countless articles and studies about it, but the main thing you need to know is that it's calculated as an average. That should tell you everything you need to know. It annoys me because a lot of the issues feminists raises are either trivial, non-existent or not wholey exclusive to women and the actual solutions to those problems rely on understanding the root causes, which often include both genders. Take for instance domestic abuse, I saw a video recently. It was one of those poem videos that emphasizes a message with some visual shit. So a music video I guess. It was called Dear Daddy. It's been around for a while, and after 7 months, now has over ten million views. The poem links crude jokes and insults to rape and domestic abuse. Personally, I don't think for one second that opinion holds up in reality. The poem even hazards a solution, saying that dads should teach their sons not to call girls whores or other such names. Okay, that's fine. Personally, I'm not aware of too many parents endorsing that behavior, but I guess it doesn't hurt to say it. However, to my mind, asking women to stop spanking their children might go a little further. Let's face it, it's mainly women that raise the kids, even in 2016. Of course, times are a changing and all that, but that's still the predominant family lifestyle of today. I was spanked by my mother, often for things that were irrelevant, or even just for questioning her motives. She wasn't one for holding back either. Luckily, I have a pretty good relationship with her now, however growing up was tough. I looked down on women a lot as a younger man and a lot of it had to do with how my mother treated me, and also what she taught me about women. Now I've been smart enough to grow up and realize a lot of what she taught me were lies or projection. In fact I learned a lot of that after my first real relationship. but that's another article for another time. However, there are plenty of people out there that are just not as self aware as that. They don't question their actions deeply enough, or know enough about human psychology to re-evaluate their behaviors. So, if you have a bunch of guys who hate their mothers because they were abused by them, or can't trust their mothers because the things they taught them don't hold up in reality, what makes these feminists think that telling little boys not to say the word "whore" is going to do anything whatsoever? It's wishful thinking at best, and does nothing to solve these issues.

I mean, think about this for a second. You're a feminist mother, you have a little boy as a kid. He's a handful, but generally a good kid. You teach him that women are not sex objects at his disposal, you tell him they are not whores, you tell him to treat women with respect and as equals. Okay. Sounds pretty good on the surface right? Then he gets older, and he goes onto instagram. Holy shit, real life alert. He sees girls blatantly exposing themselves for male attention, posing in pictures specifically designed to highlight everything sexual about themselves, they pander to male egos and dumb themselves down. Some of them are genuinely dumb. What the fuck is he supposed to think about that, and what the fuck is he going to think about you? The mother? The one who raised him from the ground up? How much respect is he going to have for you, or any woman once he realizes everything he was taught was bullshit? I've known plenty of guys that once they realized women were just as bad as men when it comes to sex and relationships, their respect went out the window. And that's fucking sad.

Now I'm not saying we should start telling our kids girls are whores or anything like that. But perhaps we need to take a slightly more intelligent approach to these matters. An approach slightly more rooted in reality. Instead of telling our kids what they can or can't say, how about we educate them on what this shit is? Some girls are more sexual, some are more reserved, some manipulate, some are ambitious, some want to have kids, etc etc. Of course, you do the same for men too. But teach kids about the type of people they might come across and what they might come to expect in life, and the type of people that might be better for them, rather than cross your fingers and hope they don't grow up to become an abuser. I think especially if you're a feminist, or if you claim to be one, you got to start at the first port of call, and that's the kids. You're not going to change fully grown adults, they're lost, only they can help themselves. But kids are where change starts. So you've got to think a bit more logically about how you're going to do this than simply hope your feminist beliefs will cure them of any misogyny they may pick up from the world.

Another thing is the constant victim complex issue. Everyone's a victim in feminism, and I don't know why. I've been a victim of homophobia (I'm kinda queer I guess, though I would say I was straight), violence, sexual abuse, workplace misconduct, unfairness, bullying. You get the picture. However, I don't get triggered every time someone makes a crass joke about molestation, or gay people or anything that may be considered a sensitive issue. Why? Because I can understand intent. I understand not everyone knows what I've been through, and they're just trying to make people laugh. If I pulled someone up every time I heard something I thought could be construed as offensive, I'd go fucking mental and I'd probably have no friends. In my family, it's almost tradition to play the victim. I call it the pity party. They guilt trip other family members to their cause by crying about how much of a victim they are of this, this or this thing. And it's sad and tiring every time. It doesn't help anyone, especially those that are the victims. They learn a bad habit of getting attention, that ultimately drives people away from them. If going through what I've gone through has taught me anything, is that you've got to be the one to change your life. People will help you along the way, but you can not expect that other people will do it all for you. You've got to the put the work in if you're ever going to see those changes.

For instance, feminists talk a lot about there not being enough women in certain work forces. However, if you ask them what they studied or what careers they're trying to get into, you'll find it's pretty hard to find anyone that's going into construction, electronics, gaming, engineering and all that good stuff feminists want to see women doing. My sister is going into Games design. She is one of two women on her course in university. No one said women couldn't sign up to that course, but hey, I guess that's how the patriarchy works right? My sister is actually quite anti-feminist. She appreciates the history, but she feels like a lot of third wave feminism especially is irrelevant in todays society. She's a put up or shut up kind of person and when it comes to these kinds of discussions with other women, she'll gladly smack them down and say shit like "I'm going into a male dominated industry and working hard to get there, what the fuck are you doing?" and they'll sheepishly reply, "I'm blogging about women being underrepresented in the gaming industry" to which my sister might say "so you're just moaning about it then? And not actually doing anything? Typical". To which I have to say, I agree. Feminism needs to stop saying "we need more women in X, Y, Z professions" and instead encouraging women to take up these roles, and making it trendy to work in these sectors. Until then, it's just going to stay the same.

So to round this up, I think feminism needs a fourth wave. I'd like to see more people like my sister, or Lauren Southern and many other female critics of feminism who are going out there and trailblazing it. I have so much more respect for them than I ever will for these crying babies throwing their toys out the stroller when they don't get their way. Life is hard and there are no safe spaces. So get ready cause one day you might end up being in it. Oh wait....

Thanks for reading guys, sorry if this came off as nonsense, or even if I'm just echoing what you've heard before. It's just been going through my head for some time now and I wanted to get it out. Hope you enjoyed it and keep 'em peeled for my next article. Peace.