Sunk: How Ross Ulbricht ended up in prison for life 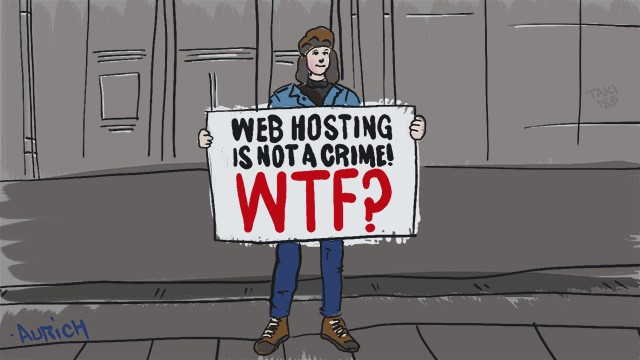 Sunk: How Ross Ulbricht ended up in prison for life published by nherting
Writer Rating: 0
Posted on 2016-08-05
Writer Description: current events
This writer has written 195 articles.

On October 1, 2013, the last day that Ross Ulbricht would be free, he didn't leave his San Francisco home until nearly 3:00pm. When he did finally step outside, he walked ten minutes to the Bello Cafe on Monterey Avenue but found it full, so he went next door to the Glen Park branch of the San Francisco Public Library. There, he sat down at a table by a well-lit window in the library's small science fiction section and opened his laptop.

From his spot in the library, Ulbricht, a 29-year-old who lived modestly in a rented room, settled in to his work. Though outwardly indistinguishable from the many other techies and coders working in San Francisco, Ulbricht actually worked the most unusual tech job in the city—he ran the Silk Road, the Internet’s largest drug-dealing website.

Shortly after connecting to the library WiFi network, Ulbricht was contacted on a secure, Silk Road staff-only chat channel.

"Are you there?" wrote Cirrus, a lieutenant who managed the site's extensive message forums.

"Hey," responded Ulbricht, appearing on Cirrus' screen as the "Dread Pirate Roberts," the pseudonym he had taken on in early 2012.

"Can you check out one of the flagged messages for me?" Cirrus wrote.

"Sure," Ulbricht wrote back. He would first need to connect to the Silk Road’s hidden server. "Let me log in... OK, which post?"

Behind Ulbricht in the library, a man and woman started a loud argument. Ulbricht turned to look at this couple having a domestic dispute in awkward proximity to him, but when he did so, the man reached over and pushed Ulbricht’s open laptop across the table. The woman grabbed it and handed it off to FBI Special Agent Thomas Kiernan, who was standing nearby.

Ulbricht was arrested, placed in handcuffs, and taken downstairs. Kiernan took photos of the open laptop, occasionally pressing a button to keep it active. Later, he would testify that if the computer had gone to sleep, or if Ulbricht had time to close the lid, the encryption would have been unbreakable. "It would have turned into a brick, basically," he said.

Then Cirrus himself arrived at the library to join Kiernan. Jared Der-Yeghiayan, an agent with Homeland Security Investigations, had been probing Silk Road undercover for two years, eventually taking over the Cirrus account and even drawing a salary from Ulbricht. He had come to California for the arrest, initiating the chat with Ulbricht—who had been under surveillance all day—from a nearby cafe.

Looking at Ulbricht's computer, Der-Yeghiayan suddenly saw Silk Road through the boss' eyes. In addition to the flagged message noted by Cirrus, the laptop’s Web browser was open to a page with an address ending in "mastermind." It showed the volume of business moving through the Silk Road site at any given time. Silk Road vendors concealed their product in packages shipped by regular mail, and the “mastermind” page showed the commissions Silk Road stood to earn off those packages (the site took a bit more than 10 percent of a typical sale). It also showed the amount of time that had been logged recently by three top staffers: Inigo, Libertas, and Cirrus himself.

Ulbricht was soon transferred to a New York federal prison; bail was denied. In addition to charges of drug-dealing and money laundering, prosecutors claimed that Ulbricht had tried to arrange “hits” on a former Silk Road administrator and on several vendors. Though Ulbricht had in fact paid the money, the hits themselves were all faked—in one case, because a federal agent was behind the scheme, in another because Ulbricht appears to have been scammed using the same anonymity tools he championed.

Despite having been caught literally managing a drug empire at the moment of his arrest, Ulbricht pled not guilty. His family, together with a somewhat conspiracy-minded group of Bitcoin enthusiasts, raised a large pool of money for his defense. With it, Ulbricht hired Joshua Dratel, a defense lawyer who has handled high-profile terrorism trials.

Dratel did not reach any sort of plea deal with the government, as is common in such cases. Beyond a general insistence that his client was not, in fact, the Dread Pirate Roberts, Dratel offered no public explanation of what had happened in the Glen Park library—until January 2015, when the case went to trial at the federal courthouse on Pearl Street in lower Manhattan.

"Ross is a 30-year-old, with a lot at stake in this trial—as you could imagine," Dratel said in his opening statement, addressing the jury in a low-key voice. "This case is about the Internet and the digital world, where not everything is as it seems. Behind a screen, it's not always so easy to tell... you don't know who's on the other side."

Ulbricht, he said, was only a fall guy, the stooge left holding the bag when the feds closed in; the “real” Dread Pirate Roberts was still at large. But would the jury buy this unlikely story?