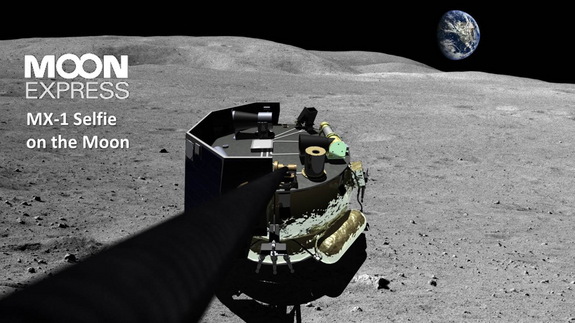 The Outer Space Treaty requires countries to “authorize and continuously supervise" the activities of space missions under their jurisdiction, including those of commercial companies. In the United States, the Federal Aviation Administration carries out those duties with regard to private spaceflight, and things have worked well enough.

But now a number of companies, including SpaceX with its Red Dragon mission, are seeking to push beyond Earth orbit, which has been the traditional boundary for commercial activity. Perhaps the biggest of the many questions this raises is how permissive the federal government would be regarding this new commercial interest.

The early answer seems encouraging. The first company to apply for a commercial space mission beyond Earth orbit has just received approval from the federal government. As part of the Google Lunar X Prize competition, Moon Express intends to launch a small, single-stage spacecraft to land on the Moon by the end of 2017.

“We’re opening up the Solar System,” declared Bob Richards, co-founder and chief executive of Moon Express, in an interview with Ars. “This is a real breakthrough, and it’s being recognized by the US government as a breakthrough. They’re very excited about this, while being respectful of US obligations to the Outer Space Treaty.”

The company initially applied for approval to fly the lunar mission in April 2015 and “escalated” its efforts late last year, Richards said. Even though the process was at times Byzantine, the disparate agencies of the federal government worked well together. “Everybody wanted to find a way to make this happen," he said. “They felt like the answer had to be ‘yes,’ but we had to create the neural pathways that didn’t exist before.” The primary agencies involved in the review process were the FAA, the US Department of State, and NASA, along with the White House. The Department of Defense, Federal Communications Commission, and NOAA also participated.

Eventually the federal government would like to come up with a standard launch licensing process for deep space missions, but that will probably take a couple of years to finalize. It is not clear whether the FAA would be the lead agency for such missions as well, as it currently is for Earth orbit payloads. In addition to reviewing safety, the government is responsible for ensuring that deep space missions follow proper planetary protecting procedures.

Moon Express isn’t alone in its race against the 2017 deadline. Several international competitors want to win the $20 million first prize that comes with being the first privately developed spacecraft to land on the moon, travel at least half a kilometer across the surface, and return photos and videos. MoonEx has contracted with the New Zealand-based Rocket Lab for a launch on its Electron vehicle.

Although technical challenges remain, Richards said clearing the regulatory hurdle was important to ensure investor confidence in the project. “At some point you run out of time,” Richards said. “We were not holding back, but in order for our investors to have full confidence to build the vehicle and have a path forward to the Moon, this barrier had to be broken through.” MoonEx has raised $30 million to date and is seeking to now raise an additional $25 million to finish production of the coffee-table sized MX-1 lander in time for next year’s launch.

The Moon Express lander will contain a lot of very recent technology. The LADEE mission launched by NASA in 2013 to orbit the Moon contained about 36kg of avionics equipment, Richards said. That’s considerably more than the MX-1 lander weighs. But thanks to Cubesat innovations, composites, and 3D printing, MoonEx has been able to reduce the weight and improve performance of the spacecraft’s systems.

Founded in 2010 by Richards, as well as entrepreneurs Naveen Jain and Barney Pell, Moon Express seeks to help other companies unlock the resources of the Moon, from water ice to Helium-3. Ultimately the company would like to be part of an effort to commercialize the Moon. But first it had to get permission to go there—which it now has done.