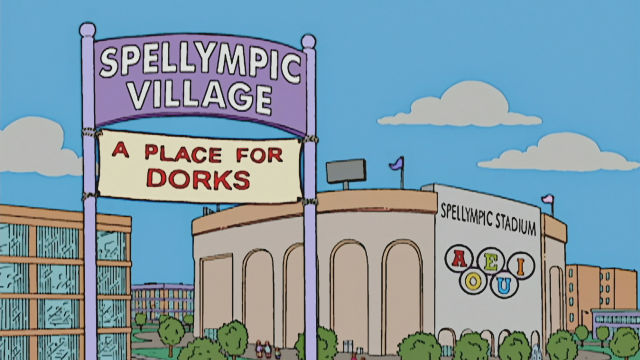 It's the finals of the 100m at the Rio 2016 Olympics. Usain Bolt and Justin Gatlin, fresh from their latest bout of smack talk, are on their marks, waiting for the off. The starter sounds, the finalists sprint off. Gatlin takes an early lead. The crowd roars. Then it's Bolt, catching up fast on the outside lane. He surges past not one, not two, but three opponents in less than a second. He approaches Gatlin, his 2.4m stride sending him soaring into first place and the annals of Olympic history.

But wait. You're not sure, but you could've sworn Bolt winked at Gatlin as he strode past. You rewind the DVR. Yes, there it is, he winked! You pull out your phone, eager to be the first to make an animated GIF out of this momentous event and claim your own world record for the most retweets in a day. It's genius, you think. Nothing can possibly stop this plan from coming together, right?

WRONG. Do you happen to be a member of the media? Is your Twitter account emblazoned with the sacred blue tick of verification? Forget about turning those historical moments into easily shareable, looping clips of joy. This year, the Buzz Killingtons over at the International Olympic Committee (IOC) have prohibited the press from releasing animated GIFs of events. What about WebM? Surely the've not thought that of that one? Not a chance. They've even banned Vines!

...Olympic Material must not be broadcast on interactive services such as "news active" or "sports active" or any other related Video on Demand services, which would allow the viewer to make a viewing choice within a channel and to thereby view Olympic Material at times and programs other than when broadcast as part of a News Program as set out in Clause 1 above. Additionally, the use of Olympic Material transformed into graphic animated formats such as animated GIFs (i.e. GIFV), GFY, WebM, or short video formats such as Vines and others, is expressly prohibited.

Without GIFs, how would we know handball is this awesome?

Does the IOC fear that people won't tune into a live event if they can get a two-second, badly encoded GIF of it instead? Is it that GIFs might contain the Olympic logo? (As anyone can tell you after London 2012, the IOC does not mess about it when it comes to using the Olympic logo in fantastical social media ways.) Nope, this year, the IOC is forgoing of all that lovely free promotional juice that taught us all no sport is as badass as handball.