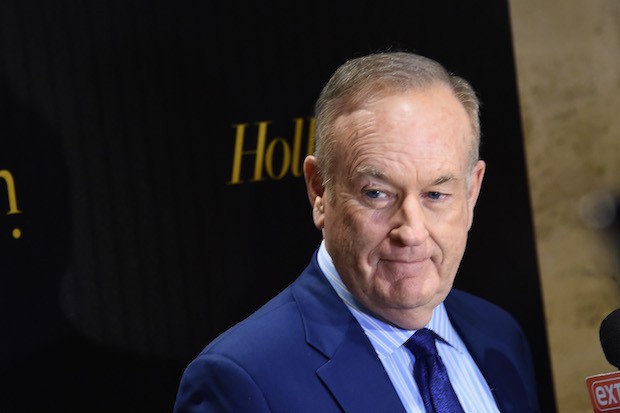 Roger Ailes is out at Fox News but the troubles for the network might just be getting started.

But she also alleges she was sexually harassed by the network’s biggest star, Bill O’Reilly. The suit alleges that O’Reilly attempted to lure her to Long Island where he told her it would be “very private” and that she could show him her “wild side.”

[C]ommencing in February 2016, Bill O’Reilly (“O’Reilly”), whom Tantaros had considered to be a good friend and a person from whom she sought career guidance, started sexually harassing her by, inter alia, (a) asking her to come to stay with him on Long Island where it would be “very private,” and (b) telling her on more than one occasion that he could “see [her] as a wild girl,” and that he believed that she had a “wild side.” Fox News did take one action: plainly because of O’Reilly’s rumored prior sexual harassment issues and in recognition of Tantaros’s complaints, Brandi informed Cane that Tantaros would no longer be appearing on O’Reilly’s Fox News show, The O’Reilly Factor.

This isn’t the first time O’Reilly has been accused of sexual harassment. In 2004, he was sued by Fox producer Andrea Mackris who alleged he “repeatedly subjected her to sexual harassment through dinner and phone conversations variously described as lewd, lascivious, vile and threatening.” The allegations included O’Reilly trying to lure Mackris to his hotel room.

He later settled the lawsuit, reportedly for millions. O’Reilly is not a named defendant in Tantaros’ lawsuit.

Meet The New Boss, Same As The Old Boss

The Tantaros suit goes on to implicate Fox News executive Bill Shine, one of the men who replaced Ailes. Shine is named as a defendant in the lawsuit.

Perhaps the most shocking encounter of all was a Spring 2015 meeting between Tantaros and Fox News Senior Executive, Defendant William Shine (“Shine”), during which Tantaros sought relief from Ailes’s sexual harassment… In response, Shine told Tantaros that Ailes was a “very powerful man” and that Tantaros “needed to let this one go.” Yet, after Ailes was revealed to be a sexual predator and forced to resign, Shine was promoted to Co-President of Fox News. Shine’s inexplicable elevation sends the message that it will be “business as usual” at Fox News when it comes to the treatment of women

The lawsuit alleges that Tantaros was ultimately removed from the air in retaliation for her complaints to Shine and others. Fox News later offered to continue to pay her through the length of her contract if she provided general legal releases to Ailes, O’Reilly, and others. The release would have also prevented her from discussing her time at Fox News in perpetuity.

The complaint also raises questions about the investigation into Ailes by the law firm of Paul Weiss. Despite Tantaros’ repeated complaints of sexual harassment to Shine and others, the suit claims she was never contacted by the investigators.

Having A Conversation With Roger Ailes

Tantaros’ complaint also details a harrowing series of interactions with Ailes, during which she was subjected to a litany of inappropriate and harassing behavior. All of these comments were made in a single conversation:

In the same conversation, Ailes told Tantaros to turn around “so I can get a good look at you.”

In subsequent conversations, Ailes called Guilfoyle a “Puerto Rican whore” and asked if she was “screwing” Bolling.

After Tantaros rebuffed Ailes’ advances, she describes a vindictive campaign to smear her in the media by Irena Briganti, who runs media relations for Fox News. According to Tantaros, Briganti denied requests from all legitimate media outlets to interview Tantaros, sought to humiliate Tantaros in outlets controlled by Ailes, and orchestrated the creation of “sock puppet” social media accounts to harass Tantaros online.

After Ailes departure, Briganit retained her position as head of corporate communications for Fox News.

A Culture Of Harassment

Tantaros alleges that, in her role as a host of Outnumbered, a show with four female hosts and one male guest, she was repeatedly sexually harassed.

On or about August 18, 2015, former Massachusetts Senator Scott Brown (“Brown”) appeared on Outnumbered. Brown made a number of sexually inappropriate comments to Tantaros on set, including, and in a suggestive manner, that Tantaros “would be fun to go to a nightclub with.” After the show was over, Brown snuck up behind Tantaros while she was purchasing lunch and put his hands on her lower waist. She immediately pulled back, telling Brown to “stop.” Tantaros then immediately met with Shine to complain, asking him to ensure that Brown would never be booked on the show again. Shine said that he would talk to Scott. Thereafter, Shine and Scott ignored Tantaros’s complaint, and continued to book Brown on Outnumbered.

On January 14, 2016, actor Dean Cain (“Cain”) appeared on Outnumbered and proceeded to inappropriately hug Tantaros (but no other woman) on the set during the Outnumbered live webcast. On information and belief, Briganti arranged for a picture of the hug to be tweeted from one of Fox News’s “sock puppet” Twitter accounts with the caption: “Things Heating Up Between Andrea Tantaros and Dean Cain.” This was plainly designed to further sexualize Tantaros’s image.

Tantaros alleges that “Fox News masquerades as defender of traditional family values, but behind the scenes, it operates like a sex-fueled, Playboy Mansion-like cult, steeped in intimidation, indecency, and misogyny.”