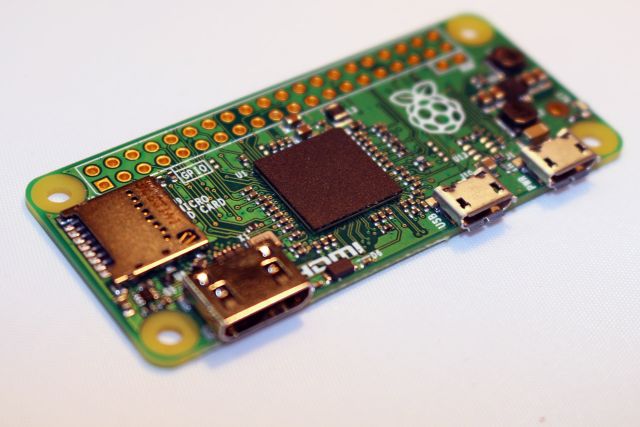 Four years since it first went on sale to eager developers, the credit card-sized Raspberry Pi computer has sold an impressive 10 million units.

It remains the UK's best-selling computer ever, and a reminder that you don't have to be a Silicon Valley heavyweight to create a successful slice of tech.

Dreamed up by the Raspberry Pi Foundation charity as a way to bring computer science and coding back into schools, the Welsh-built Raspberry Pi has not only found its way into thousands of schools across the globe, but has also taken on a life of its own as a hobbyist device.

Its low price—the recently released Raspberry Pi Zero sells for just £4—coupled with familiar ARM-based hardware and easy access to open source software, has led to the Pi being used in everything from smarthome controllers and media centres all the way through to sophisticated robotics and science projects. It has even made its way into space, courtesy of astronaut Tim Peake and the Astro Pi project.

To celebrate its success, a new £120 official starter kit has been released, which includes the latest Raspberry Pi 3 Model B, An 8GB NOOBS SD card, official case, power supply, HDMI cable, optical mouse and keyboard, and a copy of the Adventures in Raspberry Pi programming guide book. It launched in the UK on Thursday, and will make its way over to the rest of the world in the coming weeks, we're told.

Since its release, the Raspberry Pi has inspired numerous clones and competitors, which come in a dizzing array of form factors and configurations. Most recently, the BBC introduced the BBC Micro:bit, a £13 computer that was given away freely to primary schools across the country. None, however, have achieved quite the same level of popularity as the Pi.

"Thanks to you, we've beaten our wildest dreams by three orders of magnitude," wrote Upton, "and we're only just getting started."