Germany Stands Accused of Spying on Its European Allies The New York Times, May 6, 2015 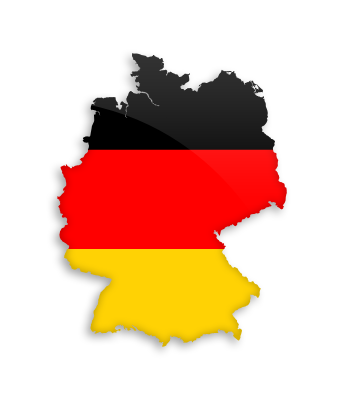 Germany Stands Accused of Spying on Its European Allies The New York Times, May 6, 2015 published by Evanvinh
Writer Rating: 5.0000
Posted on 2016-03-18
Writer Description: Evanvinh
This writer has written 733 articles.

BERLIN -- About 18 months ago, Chancellor Angela Merkel was the wronged American ally whose cellphone number was among data sucked up by American intelligence as it kept watch on Europeans.

''Spying among friends -- that is simply not done,'' she said after the discovery in autumn 2013, to a sympathetic domestic audience.

Within the past two weeks, the tide has turned. Ms. Merkel is back in the spotlight over spying. This time it is Germany's foreign intelligence service, known here as the B.N.D., that is being accused of monitoring European companies and perhaps individuals. Further, the reports said the spying was done at the behest of the National Security Agency, the United States intelligence organization.

Critics have seized on the spying allegations, sensing a whiff of hypocrisy emanating from Berlin, given the German outrage over the American program. On Tuesday, Austria was the offended party, filing a legal complaint against the German and American intelligence agencies over suspicions that it was being spied on, Reuters reported.

Ms. Merkel's maxim about not spying on friends means ''she must be measured by it,'' said Stefan Kornelius, author of a biography of the chancellor and the foreign editor of the Sddeutsche Zeitung.

Government officials are also scrambling to head off accusations by some German news outlets and opposition figures that Ms. Merkel's government and some of her allies failed their constitutional duty to supervise the intelligence services and inform Parliament of the services' activities.

Gregor Gysi, the vocal leader of the former Communists and other far-leftists in the opposition Left party, accused Ms. Merkel of ''treason.''

The accusation was angrily rebutted on Monday by Gerhard Schindler, head of the B.N.D. He dismissed as ''absolutely absurd'' any suggestion that his agency was ''a compliant tool'' of the Americans.

The details of what the German government did or did not do in collusion with the American government remain murky, caught up in the secrecy inherent in security matters. But the federal prosecutor is examining whether to begin a formal investigation.

The regular parliamentary committee that oversees all intelligence services and a special parliamentary inquiry into the National Security Agency are also seeking more details and questioning key officials.

The matter raises anew the questions that flared in 2013 with the release of American government documents by Edward J. Snowden, a former N.S.A. contractor, revealing the extent of American spying operations domestically and abroad. In the United States, Congress is now poised to reel in some of the surveillance measures that were adopted after the Sept. 11, 2001, attacks.

But Germans reacted with revulsion when the extent of American spying on Europeans was revealed. Germany's memory of the Nazi and Communist regimes that spied on their citizens gave the revelations a special edge. Mr. Snowden is more of a popular hero here than elsewhere in Europe, and anti-N.S.A. sentiment remains high.

At the same time, attacks by Islamist militants and the threat of homegrown extremists have challenged the intelligence equation in Europe. The French government is expanding its intelligence services' powers to combat terrorism.

Ms. Merkel, asked on Monday whether her maxim about spying among friends still applied, said this was an ''important'' question and added, ''I think the answer should be that it should not occur.''

But she recalled that she had noted in 2013 that it was necessary to strike a balance between liberty and security, and that this ''will continue to be my job.''

''There is an innate tension,'' she added. ''We must improve what needs to be improved through reports to the parliamentary control bodies. But on the other hand, even if it is not so popular right now, it is part of their job for our intelligence services, especially the B.N.D., that they must and will cooperate internationally to protect the bodies and lives of 80 million Germans as best they can.''

''First and foremost,'' she said, that means cooperation with the National Security Agency.

In 2013, Ms. Merkel -- facing re-election, which she handily won for a third term -- succeeded in tamping down what is known here as the N.S.A. scandal.

But it never went away. Since starting work last year, the special parliamentary inquiry into the N.S.A. affair has summoned witnesses, including former United States intelligence officials, who painted what many Germans see as a damning picture of American surveillance practices.

The current flare-up started on April 23 when Der Spiegel reported that since at least 2008, a division of the B.N.D. had helped the National Security Agency to spy on European and German interests, including the French-German enterprise European Aeronautic Defense and Space, now known as the Airbus Group.

Besides raising eyebrows about the scope of the spying operation, and the targets, the report questioned whether the German intelligence service had failed to fully inform the Chancellery or Parliament about it.

The government spokesman, Steffen Seibert, acknowledged, without providing details, that the government had been working for weeks with the foreign intelligence service to assure that the agency was in compliance with the reporting rules.

''Technological and organizational deficiencies at the B.N.D.'' were identified, he said, and the government gave ''immediate orders that they be rectified.''

In a statement, he said the government would continue to keep parliamentary committees informed about intelligence activities, including the accuracy of the emerging allegations. The government will also examine whether information given to Parliament in the past continues ''to be accurate beyond any reasonable doubt,'' the statement said.

The statement said there was no sign of current or past ''massive spying on German and European citizens.'' But it omitted any mention of businesses or individuals, and whether they had been targeted.

The most concrete indication that espionage might have occurred has come from Airbus, which filed a legal complaint last week against unnamed persons on suspicion of economic espionage and asked the German government for more information.

Rainer Ohler, an Airbus Group spokesman, would confirm only that ''we are in contact'' with Berlin. Members of the German Parliament have suggested that Washington may influence how much the German government can reveal to Airbus.

Thomas de Maizire, a close Merkel ally who ran her Chancellery from 2005 to 2009 and was thus responsible for the intelligence services, has dismissed the spying allegations. Mr. de Maizire, now the interior minister, said on Monday that he had been involved in decisions against deepening certain ties with the National Security Agency in 2008, in order to protect German interests.

Mr. de Maizire is to testify this week before the parliamentary inquiry. Committee members have demanded that the government release a list of the data the B.N.D. gave to the National Security Agency.

In the meantime, pressure mounts on Ms. Merkel. On Monday, her No. 2, Vice Chancellor Sigmar Gabriel, leader of the center-left Social Democrats who govern with her conservatives in a coalition, took the unusual step of describing two conversations with her to reporters. Mr. Gabriel had asked, he said, whether there was anything to the swirling allegations, and believed her when she said there was not.

But, he noted, ''what we are witnessing now is an affair, a secret service scandal, which could set off a very grave tremor.''