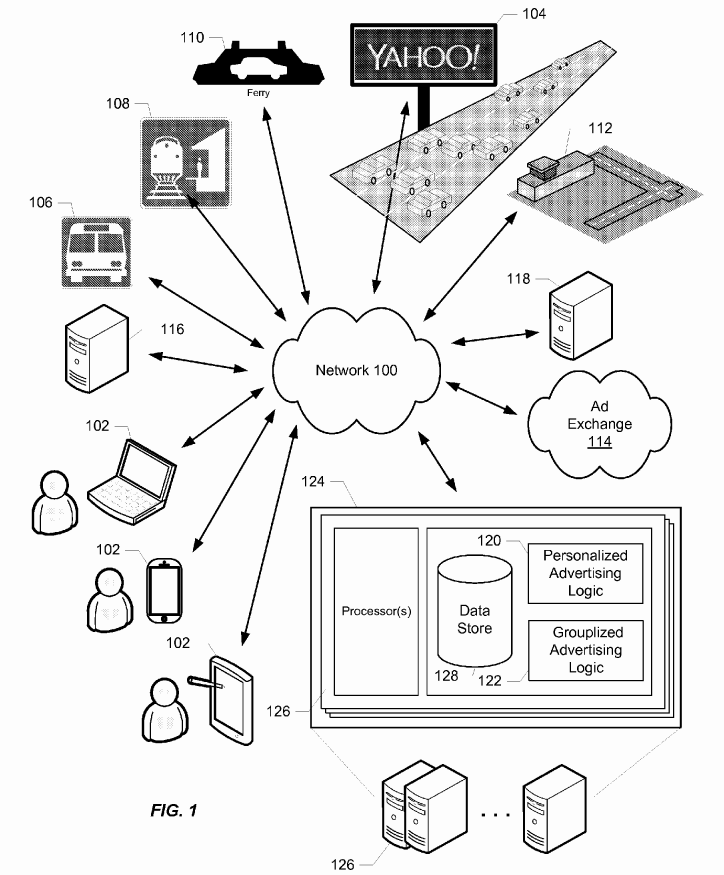 Yahoo wants to take advertising to the next level—that is, the Orwellian level—bombarding people in public places with targeted advertising served up by the surveillance society. That's according to a Yahoo patent application recently published by the US Patent and Trademark Office. According to Yahoo, the time has come to move outdoor and public-facing advertising into the digital age—and get there by deploying more intrusive techniques than how it's now done online.

Introducing "Smart Billboards," as Yahoo calls them. These digital billboards—which Yahoo envisions being placed along freeways and in bars, airports, planes, ferries, buses, trains, and other public spaces—might rely on video cameras, satellites, drones, microphones, motion detectors, and "biometric sensors" such as fingerprint, retinal, and facial recognition devices. Combined, these "sensor systems," as Yahoo calls them, analyze their surroundings to determine a common theme to serve up ads, in what Yahoo describes as "grouplization."

Yahoo's patent proposal notes that "the sources of data and information that may be used to enable the techniques described herein are virtually limitless."

In the past few years, online advertising has quickly become the primary channel by which advertisers reach out to consumers. The ubiquity of mobile devices and the ability to craft individualized marketing strategies to meet the needs and interests of specific consumers have made a compelling case for such techniques as the most efficient use of marketing budgets. Nevertheless a significant portion of such budgets is still devoted to more traditional channels.

For example, advertising in public spaces (e.g., roadside billboards, public transit, etc.) continues to be an important channel for advertisers even though it does not offer the kind of individual targeting by which online techniques are characterized. However, most public space advertising adheres to business models that are decades old. For example, many roadside billboards are still static printed images that must be manually installed and remain in place for long periods of time relative to the lifespan of an online ad. More recently, some billboards have been implemented as large screens that display a fixed rotation of images. But while these billboards represent a step in the direction of the digital age, they lag far behind their online counterparts in a number of respects.

Here's two examples of how a freeway billboard might dish up ads, according to the recent patent application:

The patent goes on to describe advertising measurement and that advertisers would compete and bid for ad space.