What Sort of America Will We Be After November 8th? 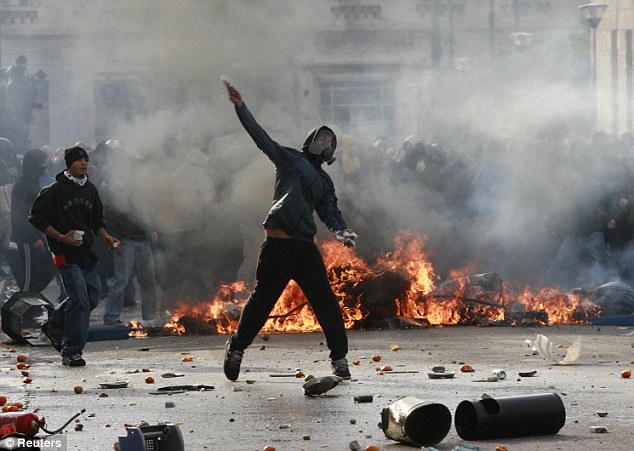 What Sort of America Will We Be After November 8th? published by KidKoon
Writer Rating: 0
Posted on 2016-10-30
Writer Description: Op Ed, Social Commentary, Music/Book/Film/T.V. Reviews
This writer has written 2 articles.

I'm certain that for anyone who has been closely following this Presidential Election there is one question which has been a source of constant unease, aside from whether Canada has affordable housing or not.

The future of America as we know it has never seemed so uncertain. Many on both sides are adamant, that were Trump to be elected, civil unrest would plague the nation—surely more so than it has done in the past months, without him. Others fear that a Clinton presidency will ultimately lead to a war with Russia, and their fears are certainly justifiable.

Now, all that one can be sure of is that this election has been the most divided in America's history. Yet, while many are collapsing into a state of panic and hostility, only a few can see what has already been achieved, and what changes November 8th may bring.

Look, for instance, at the surge in black people coming out in support of Trump, after years of latent conservative ideals. It's been quite a few decades since Malcolm X lamented the insistence of  black voters ('Chumps', he called them) to support a party which has proven time and time again that the wellbeing of their primary voters is the last thing on their mind, and now many black people are being enlightened in what, I see as, a Year of Enlightenment for many; they have begun to realise that a third term of Obama policies, under which racial tensions have been revived, are not in their best interests.

Consider, also, the rise of the Alternative Right, championed by the fabulously effete provocateur, Milo Yiannopoulos, and a myriad of clear-eyed, intellectually sharp YouTubers and bloggers, all of whom are able to thoroughly discriminate between what the media would have us believe and what actually is the case. Whether, we have Trump or we have Clinton as our 45th president, there is no doubt that there has been a tectonic shift within the public sphere, both in who can run for president, and how, in terms of motives, we vote for one. Trump is a precedent, the first candidate to have not served on congress or in the army, a business man at that. He has single-handedly broken the barriers of what can and cannot be said, and by whom, and has shown, as he once said, 'I don't go in to lose'. Nonetheless, both he and Clinton are the most controversial candidates, we find many people basing their votes on who is the lesser of two evils.

Something immense is coming, Dave Rubin knows, Camille Paglia knows, and even poor Michael Moore has been made aware. I agree with Mr. Ben Shapiro when he likens Donald Trump to a 'cannibal... eating at Republicanism from the inside out then wearing it as a face'. Trump is all about brands, he sees himself as one, much to the repulsion of more modest, puritan conservatives like Mr. Shapiro and Thomas Sowell, however this is where his success lies. Trump even sees America as a brand, one that he believes is slowly being pushed aside, he has been watching it closely, observing how it has been maintained, waiting to see who will step up to give America the direction it deserves, and now he has chosen to invest in America. Surely someone who takes this approach to his country has little concern for the traditions that have hindered his party from making much progress in recent years. This disregard is absolutely frightening for anybody, but what Mr. Shapiro does not see, or rather does not want to believe, is that this very attitude can be a force for good in America.

New groups acting out against the rise of censorship on campus are proving daily that the narrative with which we have become enamored was not chosen by us and does not act in our best interest. I see parallels between what is happening now and what happened in the Sixties and Seventies, there was censorship then too, movies were forced to adhere to the rigid guidelines of the Hayes Code and literature considered obscene was met with the scrutiny of the law; sex was not to be discussed, least to say gender 'identity', and black and Japanese minorities were kept in the shadows of American life. Now sexuality is openly discussed and embraced, though research suggests millennials are having less and less sex, minorities have a say in how they are presented in the media, and censorship is still rife. The main difference would be that now liberals dictate our reality rather than conservatives.

Liberals sought escape from the oppression of their society, and succeeded, in turn creating a new oppression. I see very little difference between liberals and conservatives, both, when given absolute power, have shown that they will only become absolutely corrupt, and they are all the more dangerous because of how they manipulate the human desire to be a part of a group, being ostracised, for some, is even worse than a leader with blood on her conscience. This desire is why one can look at Hillary, who is being investigated by the F.B.I. for the second time, and continue to say that she is the perfect fit for president. Perhaps the liberals have achieved and their Anything Goes mantra has spread from the bedroom to every area of our life.

The die has been cast; henceforth things can only go forward. As the days progress, and the denial from the media continues, more is revealed about the standards we have and the morals we are willing to sacrifice for anything resembling security. Slowly but gradually, men and women across the nation are waking up from the dreams that have been woven for us, they are opening their curtains and looking out to see just how mutilated our landscape is becoming. November 8th may bring an end to the worry over who is or is not going to be in charge of our country's future, but as for the revelations that have been made in the process, they shall not be forgotten any time soon.