An Addendum for ‘What Sort of America Will We be After November 8th?’ 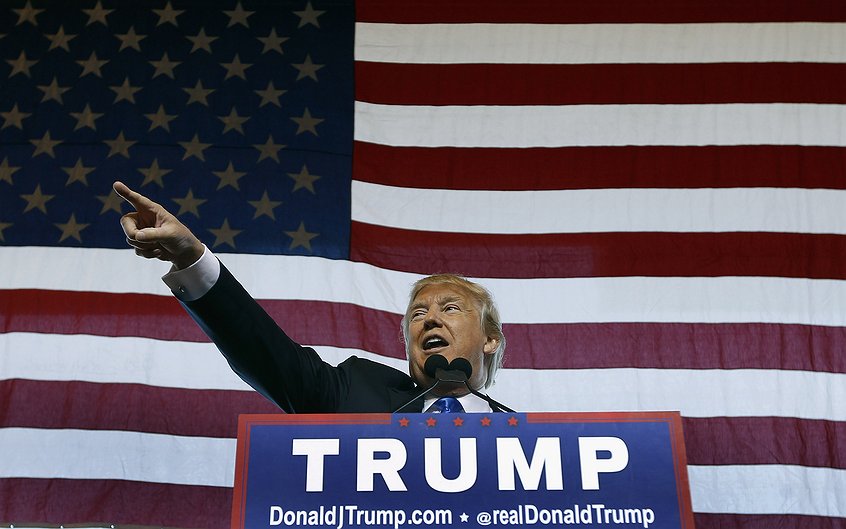 An Addendum for ‘What Sort of America Will We be After November 8th?’ published by KidKoon
Writer Rating: 0
Posted on 2016-11-04
Writer Description: Op Ed, Social Commentary, Music/Book/Film/T.V. Reviews
This writer has written 2 articles.

‘A truth spoken before its time is dangerous’ Anonymous

‘Villains who twirl their moustaches are easy to spot, it’s those who clothe themselves in good deeds that are well camouflaged’ – Captain Pickard

I remain absolutely certain, as we approach the November 8th election, that future generations shall be much kinder to Mr. Donald Trump, his memory, at least—that much cannot be said of his hair.

As I said in my previous article, Mr. Trump is a precedent in American politics, but I feel I need to emphasise. Mr. Trump has brought about a zealousness that has not been seen in America since Raegan. Young people are engaging in politics again, men, long malnourished in an effeminate society, are taking a stand for what they believe in. Many of us weren’t sure what we believed in until now.

Trump, with his brashness and unapologetic machismo, symbolizes what America once was, an America that many had thought, hoped, they’ve seen the last of. He has a blasé attitude about him, a willingness to take life with a pinch of salt, which is surprising, even horrifying, to many—indeed, America’s chronic soberness is reaching Puritan proportions.

People can see Trump is a scapegoat, though it is clear this status is one he embraces with open arms. All attacks on him so far focus mainly on the uncouthness of his words, be it a comment he made eleven years ago, or his views on Mexican immigrants, and black communities.  Trump’s words come from a tongue not trained in the language of diplomacy, like many politicians, and, taking into account how the sweetness of our politicians’ words rarely translates into their actions, this alone should be the sign of at least some potential.

Allegations of Trump’s lack of transparency could truly only come from the mouths of those who have much to gain from his loss. In reality, Trump has nothing to hide, nothing truly worth discussing. The proliferation of something as trivial as the Access Hollywood leak reveals some seriously sore losers with foresight.

I heard one Hillary supporter, in defense of her change from anti-gay-marriage to pro-gay marriage, describe her as a ‘traditional politician’, by this she meant someone who would do whatever she could to secure her vote. Anyone with even an iota of common sense has no doubt this is indicative of someone who cares little about the people they hope to represent, nonetheless the denial, like Journey’s hit song, goes on and on and on.

Perhaps there is some truth in her defense; this is much like traditional politicians, specifically the Democratic Party, which has succeeded in hiding in plain sight their roots in racism and segregation. Recently, during a convention at Dartmouth College, Milo Yiannopoulous discussed his bafflement at the ‘stupidity’ of black voters, who continue to support a party that not only refused to vote on the 13th, 14th and 15th amendments (advancements set in place by Republicans), but also created the Welfare State, which has contributed significantly to the disintegration of black families and black communities.

Of course, Milo knows the answer to this. The relationship between blacks and Democrats has always been an abusive one, and I mean this very seriously. Before the prominence of the Welfare State in the Sixties, single-parent black families accounted for 22% of all blacks; this is somewhat close to the percentage of white single-parent families. Thirty years later, this percentage had increased and black women no longer saw the use of a man when the government could act as their husband and provider.

A dependency here was created, with Democrats helping black people just enough to secure their trust without allowing them to escape their providers. Of course, without fathers to discipline their sons and daughters appropriately, crime and delinquency blossomed; work ethic was obliterated and work was discouraged because, as Thomas Sowell succinctly put it, ‘If increasing your income by $10,000 would cause you to lose $15,000 in government benefits, would you do it?’

Like many abusive relationships, the victim is always too scared to leave the arms of their ‘lover’, the same excuses are made: they need them, they can’t be anything without them, everyone else wants their downfall, etc. Four years pass and they vote again.

Conservatives are no better, of course. Why else would it be the left, and not the right, that has such a firm grip on media? Conservatives have always been the type to praise themselves on their high standards and firm morals, stubbornly refusing to alter a single element in the ‘formula’ they have created for the everyman’s conservatism; that is why many of them would rather see ‘four years of Hillary’ than elect poor, old Mr. Trump.

This attitude does nothing, and it’s not a new one—as Dinesh D’Souza notes, while the well-meaning abolitionists were busy burning copies of the constitution and clapping each other on the back for their forward-thinking outlook, it took the forming of a completely new party to bring an end to slavery and to give former slaves citizenship and the right to vote—though their altruism is questionable.

Democrats have shown time and time again that they are willing to do anything other than what is best for their most loyal voters, while Republicans are about as active as a gender-fluid eco-sexual feminist. This is why Trump is so refreshing; he is a perversion to both parties because he refuses to portray the typical conservative or typical liberal image; he defies what is expected of a politician and refuses to belittle his supporters, which is truly rare in a presidential candidate. I think it’s safe to say, however predisposed I may be, that Trump is revolutionary, and he is not the first of his kind to be treated unfairly by people just too ignorant or dogged to see what a good thing they’re taking for granted.

Certain forces would have us believe that they alone know what is best for us; they would have us look the other way while they suck the blood out from our necks, convincing us that someone else is to blame for our light head and weak limbs. The truth has already been brought to light; I know that in time we will step out of the darkness to see things as they are.