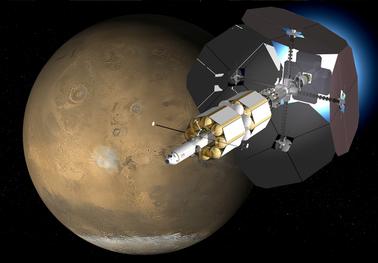 NASA’s longshot bet on a revolutionary rocket may be about to pay off published by nherting
Writer Rating: 0
Posted on 2017-02-22
Writer Description: current events
This writer has written 195 articles.

Franklin Chang-Díaz bounds up a handful of stairs and peers through a porthole cut into the side of a silver, tanker-truck-sized vacuum chamber. Inside, a blueish-purple light shines, unchanging and constant, like a bright flashlight. “It looks kind of boring,” Chang-Díaz admits. “But that plume is 3.5 million degrees. If you stuck your hand in that, it would be very bad.”

Truth be told, the plume does not look impressive at all. And yet the engine firing within the vacuum chamber is potentially revolutionary for two simple reasons: first, unlike gas-guzzling conventional rocket engines, it requires little fuel. And second, this engine might one day push spacecraft to velocities sufficient enough to open the Solar System to human exploration.

This has long been the promise of Chang-Díaz’s plasma-based VASIMR rocket engine. From a theoretical physics standpoint, the rocket has always seemed a reasonable proposition: generate a plasma, excite it, and then push it out a nozzle at high speed. But what about the real-world engineering of actually building such an engine—managing the plasma and its thermal properties, then successfully firing it for a long period of time? That has proven challenging, and it has led many to doubt the engine’s practicality.

Sure, the naysayers say, Chang-Díaz is a wonderful fellow. Hard worker. Brilliant guy. And at a time when the national discourse assails the value of Spanish-speaking immigrants, his story offers a powerful counter to that narrative. Speaking almost no English at the time, he immigrated to the United States from Costa Rica in 1969 to finish high school. Chang-Díaz then earned a doctoral degree in plasma physics from Massachusetts Institute of Technology. Later, as an astronaut, Chang-Díaz flew seven Space Shuttle missions, tying Jerry Ross’ record for most spaceflights by anyone, ever.

All the while, from his first days at Johnson Space Center when he installed an early Internet connection to work with data from his Boston-based plasma physics lab, Chang-Díaz nurtured dreams of linking his science background with his career as a flier. Slowly, he developed the theory of a plasma rocket and began to build prototypes. All along, the critics whispered it just wasn’t feasible.