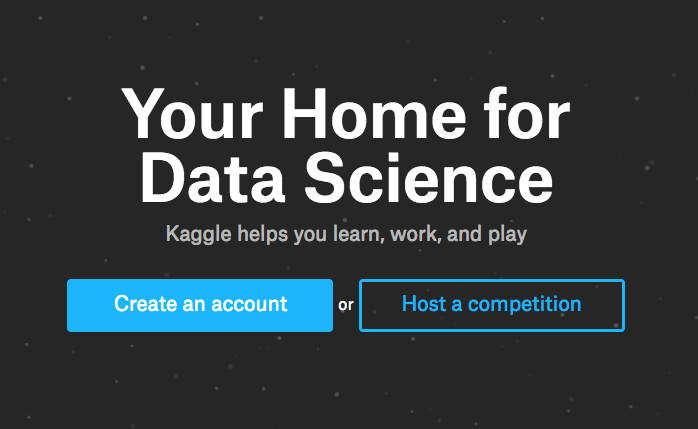 Google's latest acquisition appears to involve data scientists and machine learning contests. According to TechCrunch sources, the company is reportedly buying Kaggle, a group that hosts both data science and machine-learning competitions, as well as a job board with listings for analysts, programmers, and more. The report doesn't provide details of the acquisition, but an official announcement could come in the next few days as Google hosts its Cloud Next conference in San Francisco.

Kaggle was launched in 2010 and currently has about half a million data scientists on its platform. It specializes in running data-science-related competitions, and it created a tool called "kernels" for sharing source codes needed to analyze data sets.

Currently, it's unclear what Google will do with Kaggle. At the very least, this could be a talent acquisition, with top Kaggle employees—or even data scientists using the platform—helping Google pursue machine-learning projects. According to the TechCrunch report, Google may keep Kaggle running the way it is now, under the same name. Kaggle also runs a job board where data scientists can look for new jobs or post jobs they're looking to fill, and it currently displays dozens of positions from companies like Netflix, Booking.com, Captial One, Experian, and more. It's also unclear what Google will do with the job board If the acquisition goes through