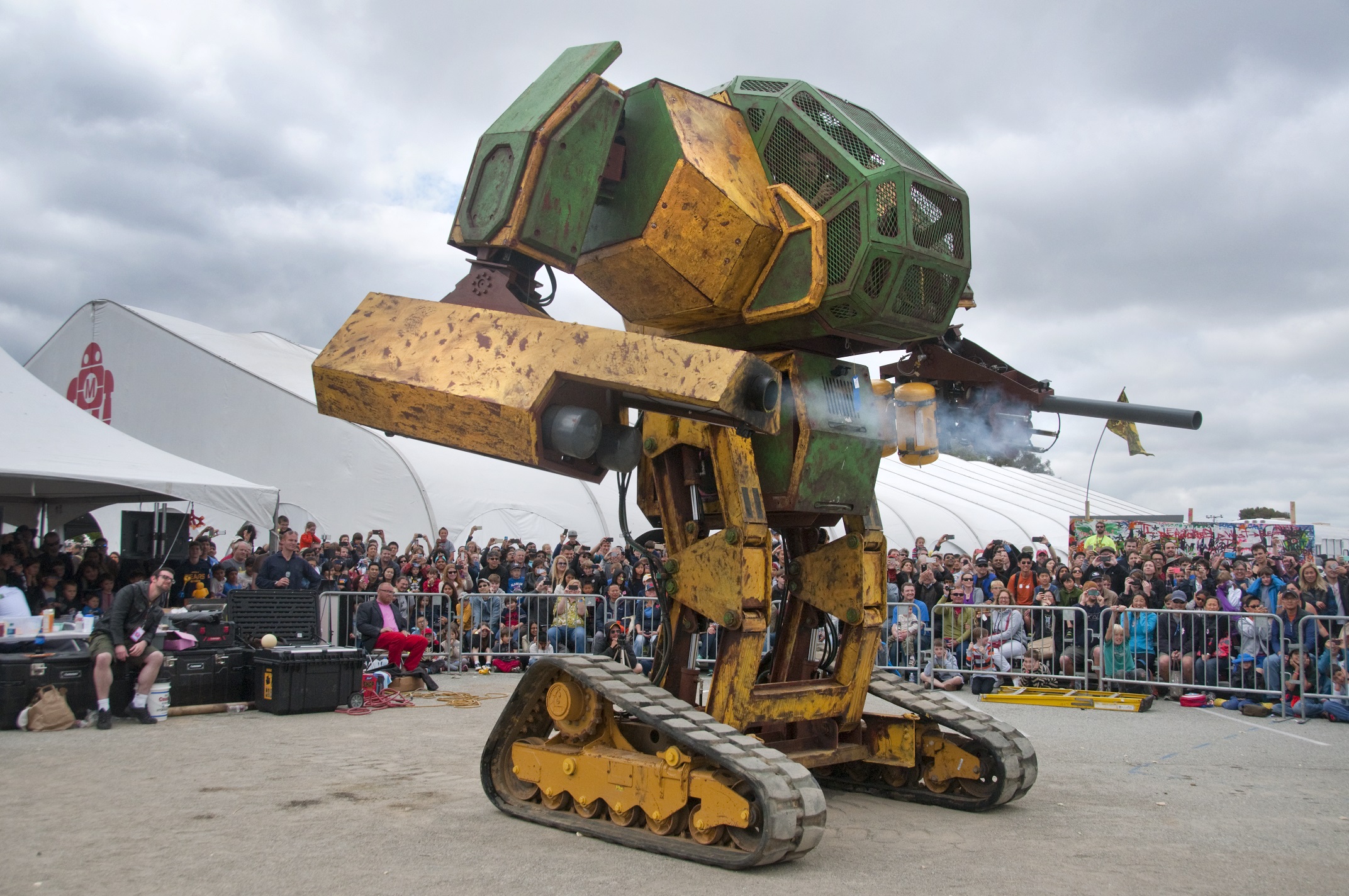 In 2015, a team of American engineers created the MegaBots Mk. II, a 15-foot-tall, 5,400kg, paintball cannon-armed mech of nightmarish proportions. Which is impressive and all, but the question was: why? The answer came in the form of a fight-to-the-death challenge issued to Japanese company Suidobashi Heavy Industries, which had built its own 13-foot-tall mech called Kuratas, complete with touchscreen UI, Kinect-based interface, and twin BB Gatling guns (customers could even order one for a cool $1.35 million).

One successful $500,000 Kickstarter campaign later—launched to get the Mk. II combat-ready—the battle to end all robot battles is finally happening, albeit a year later than originally planned. This August, the revamped MegaBots Mk. III will battle Kuratas at an as yet undisclosed location. The delay to the original duel was due to problems with the venue, according to MegaBots, so the location is being kept a secret for now.

MegaBots has been documenting the construction of the Mk. III over on its YouTube channel, and while the finished bot won't be shown until May (somewhere in San Francisco), what's been teased is terrifying indeed. The Mk. III stands 16ft tall, weighs 10,000kg, and will sport an arsenal that includes an over-sized chainsaw and ripsaw. A recent video shows the skeleton of Mk. III picking up a car and waving it around in what appears to be a horrifying first look at our apocalyptic future.