I Tried To Pirate Spore And Bricked My Laptop 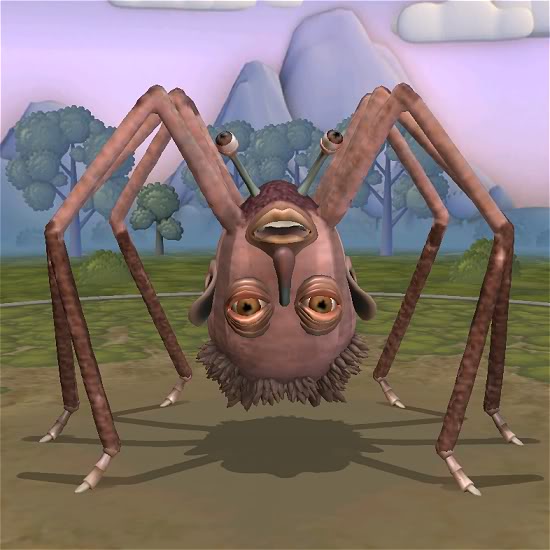 I Tried To Pirate Spore And Bricked My Laptop published by nherting
Writer Rating: 2.0000
Posted on 2017-04-21
Writer Description: current events
This writer has written 195 articles.

In 2008, I brought my laptop over to my friend Amanda’s house to pirate Spore. Her boyfriend Nate, who worked at the local GameStop, told me to. It’s the shit, he said, and everyone’s downloading it for free. I connected my laptop to her internet and opened Limewire, 2008’s file-sharing software du jour. It was my first and last time pirating a video game.

Spore’s publisher, EA, cursed the game with some of the most severe anti-piracy software of the time. EA’s digital rights management (DRM) software forced gamers to activate each installation of the game, and you couldn’t install a legally-purchased copy more than three times without calling EA customer service. On Amazon, reviewers skewered Spore for this. Gamers wrote that the game was “for rent, not for sale,” and described its DRM policy as “ridiculous” and “inconvenient”

Perhaps as a result, Spore was pirated at an unprecedented rate. A week after its September, 2008 release, it had been pirated nearly 200,000 times. By December, that number was allegedly 1.7 million. Pirates were actually encouraging each other to illegally download Spore, Forbes reported in 2008. One, who went by the name “deathkitten,” wrote on torrent site The Pirate Bay that “By downloading this torrent, you are doing the right thing.” He added that, “You are letting [Electronic Arts] know that people won’t stand for their ridiculously draconian ‘DRM’ viruses.”

Nate, a pirate, was also proselytizing. But I was into it. I didn’t know that Spore had been massively pirated, or what DRM was. I just liked the idea of cultivating adorable little microbes into big, angry fighting creatures. It would be the sea monkey experience I’d never had, albeit with more musical and combat potential. We huddled around my laptop, searched online (on Internet Explorer, for shame) for a Spore file and hit the “Download” button.

In the Limewire client, we watched the download percentage slowly climb. I wondered whether it was safe. I had pirated music and anime and things, but never a full game. It felt like a leap, albeit an arbitrary one. Nate assured me he’d successfully pirated games for years, in the tone of a stubbornly confident high schooler. He knew what he was doing. The percentage ticker hit 100%. I reclined on Amanda’s bed and navigated to the “Spore” file. It felt dark, and a little exciting.

When I opened Spore, no landing screen appeared. In fact, nothing appeared. My screen froze, and a few moments later, went blue and then black in that heart-gripping strobe PC users know well. Some incomprehensible text appeared—hope! And disappeared—no hope. We messed with it as much as we could, but after a while, the computer wouldn’t even turn on. Nate was furious. I went home crying.

Yesterday, I contacted Ernesto, editor-in-chief of TorrentFreak.com, and asked him to explain what had gone wrong. “Spore was a popular title at the time, so that was destined to lure a lot of people,” he said. “The names, Spore included, are merely used as bait.” Oh, I thought. What assholes.

It turns out that there was likely no Spore the end of that percentage ticker. “The scammers usually don’t put malware in the real files. They just use the name to trick unwitting downloaders into installing malware,” Ernesto added. “My guess is that you never actually downloaded a real Spore copy. Only malware.”

Later, it turned out EA had put its own “malware” of sorts on the official version of Spore. Not the kind that destroyed my $600 laptop—what gamers were saying was real, official malware. It was called SecuROM and it monitored how players used their computer in an effort to prevent piracy. Two weeks after Spore’s release, an enraged gamer filed a class action lawsuit with the Northern District of California Court. It alleged that gamers who purchased Spore were not told that it contained SecuROM. “Although consumers are told the game uses access control and copy protection technology,” it read, “consumers are not told that this technology is actually an entirely separate, stand-alone program which will download, install, and operate on their computer.”

It went on to say that, even if players uninstalled and wiped Spore from their computer, SecuROM would stay around, forever, or at least until they wiped their hard drive. The case was voluntarily dismissed. Learning this yesterday, I didn’t know which I preferred: A corporate system that sanctions software that allegedly infringes on players’ privacy, or a few assholes putting computer-bricking malware up on Limewire.

I have never played Spore. Probably, I never will. I’ve heard in years since that it sucked. And yet, thousands of people risked bricking their damn PCs for it and EA was desperate to protect its sanctity. I have never pirated a game since.