Russian man gets longest-ever US hacking sentence, 27 years in prison 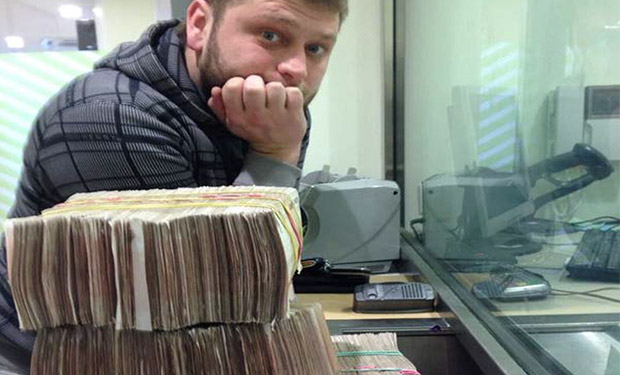 Russian hacker Roman Seleznev was sentenced to 27 years in prison today. He was convicted of causing more than $169 million in damage by hacking into point-of-sale computers.

Seleznev, aka "Track2," would hack into computers belonging to both small businesses and large financial institutions, according to prosecutors. He was arrested in the Maldives in 2014 with a laptop that had more than 1.7 million credit card numbers. After an August 2016 trial, Seleznev was convicted on 38 counts, including wire fraud, intentional damage to a protected computer, and aggravated identity theft.

The sentence is quite close to the 30 years that the government asked for. Prosecutors said Seleznev deserved the harsh sentence because he was "a pioneer" who helped grow the market for stolen credit card data and because he "became one of the most revered point-of-sale hackers in the criminal underworld."

In a statement, US Attorney Annette Hayes declared:

Today is a bad day for hackers around the world... The notion that the Internet is a Wild West where anything goes is a thing of the past. As Mr. Seleznev has now learned, and others should take note—we are working closely with our law enforcement partners around the world to find, apprehend, and bring to justice those who use the internet to steal and destroy our peace of mind.

Seleznev was tried in Seattle, which was the location of several of the businesses he was said to have hacked. Those businesses included the Broadway Grill, which said the hack was one of the reasons it closed in 2013.

The Seleznev arrest and trial garnered international attention, in no small part because the 32-year-old hacker is the son of Valery Seleznev, a member of the Russian Parliament and ally to Russian President Vladimir Putin. Valery Seleznev has accused the US of "kidnapping" his son.

Seleznev wrote a handwritten 11-page letter to federal court, published today by The New York Times. In it, he describes a difficult upbringing in Vladivostok, including witnessing his mother's death from alcohol poisoning when he was 17. In 2011, he was injured in a terrorist bombing in Morocco. The bombing took him more than a year to recover from and led to his wife divorcing him.

"Please understand I was a desperate child who grew into a desperate man," he wrote. "I want to repay for my wrongdoing and make things as right as humanly possible."

The Times reports Seleznev's sentence is the longest sentence for hacking charges ever handed down in the US.