Don’t look now, but the PC is the world’s biggest gaming platform 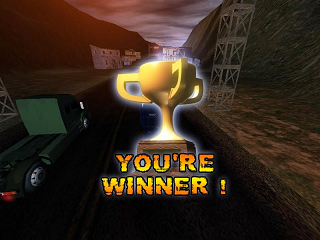 If you follow the business side of the game industry at all, you're probably sick of hearing how mobile gaming is a fast-growing business juggernaut destined to overtake all other forms of digital entertainment (in strict dollars-and-cents terms). It might surprise you to hear that a new report shows the humble PC generated more worldwide gaming revenue than any other segment of the market last year.

SuperData's worldwide digital games market report uses sampled data from tens of millions of gamers as well as publishers, developers, and payment providers themselves, giving us one of the best public estimates of overall spending on downloadable games. The bottom line for 2015: PC gaming is "an undervalued platform... contrary to the amount of attention that is generally paid to mobile gaming, total revenues from the PC gaming market is larger ($32 billion) than that of mobile ($25 billion)."

If anything, SuperData's measurement undersells PC gaming's revenue-generating potential since it doesn't take retail sales into account (while retail sales are a small part of the PC gaming market these days, they're practically nonexistent in the mobile space). For some additional context, the worldwide market for console game software (which is still largely dependent on retail disc sales) was estimated at $25.1 billion, according to a NewZoo report. Even combining three major hardware platforms, console software still can't match the revenue-generating potential of PC games.

Before the "PC Master Race" folks take this as vindication for the superiority of mouse-and-keyboard controls for first-person shooters or something, it's worth pointing out the types of PC games that are generating most of that revenue. SuperData reckons free-to-play MMOs generated more than half of all PC gaming revenues in 2015 ($17 billion), with "social network-based gaming" taking another 25 percent of the total revenue haul ($8 billion).

The list of top 10 PC games by revenue was also dominated by free-to-play titles, from the Western-friendly League of Legends and World of Tanks to Asian-centered MMOs like CrossFire and Dungeon Fighter Online. The only pay-to-play single-player title to break into that top 10 is Grand Theft Auto V, at No. 10.

Even with those Asian MMOs buoying the market, PC gaming's business dominance probably won't last forever. Analysts agree that mobile gaming seems destined to continue growing at or near double-digit percentage rates in coming years, driven by increasing adoption in Asia and other developing regions. As a result, mobile games will account for a 40 percent plurality of all worldwide gaming spending in 2018, according to Digi-Capital. For now, though, PC gamers have some hard data to throw back in the face of the ever-present "PC gaming is dead/dying" crowd.