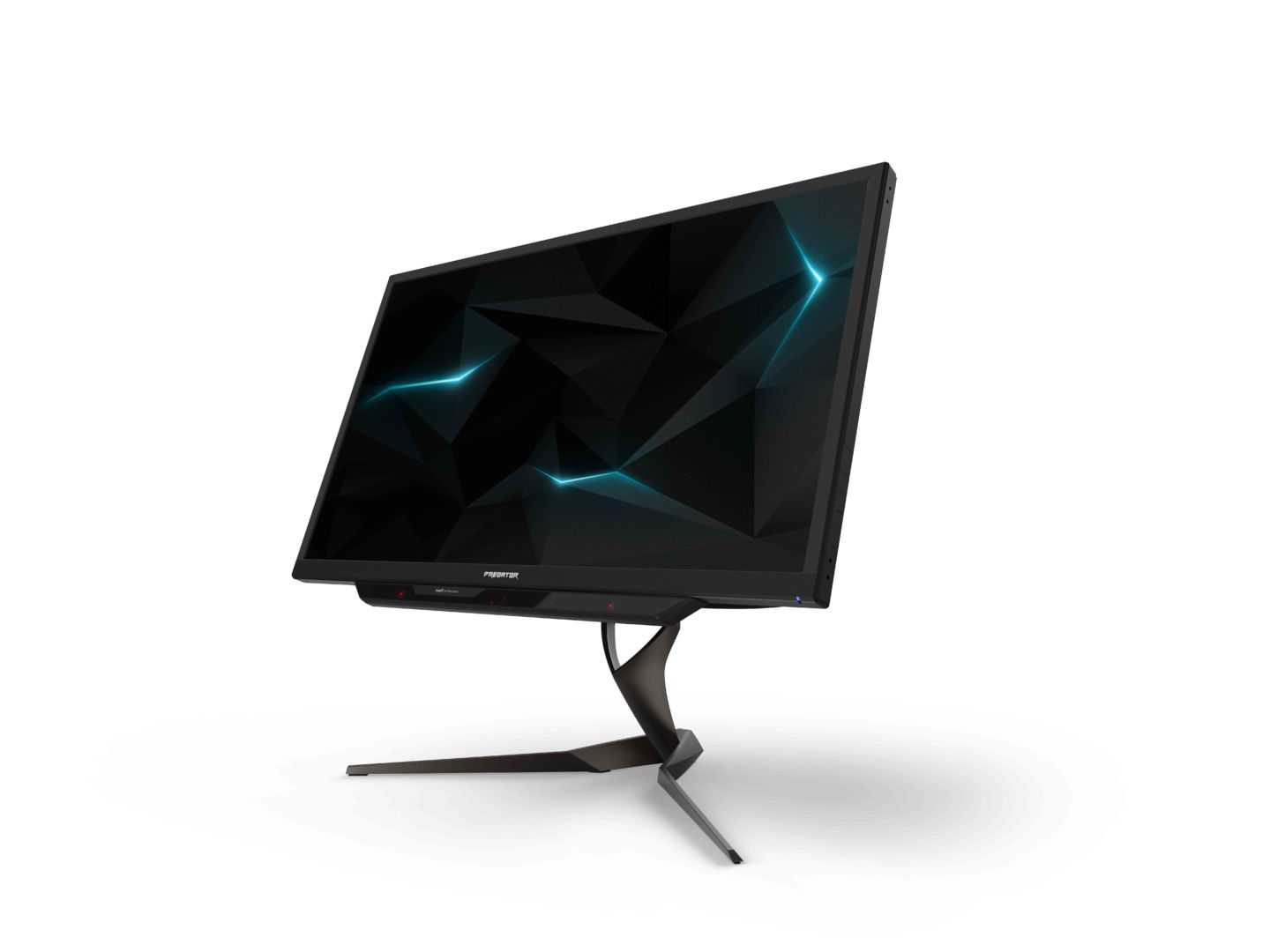 Acer has unveiled what may just be the perfect gaming monitor—so long as you don't like ultrawides, at least. The Predator X27 is Acer's take on Nvidia's prototype HDR monitor design first unveiled at CES 2017, and features a 27-inch 16:9 panel, 4K UHD resolution, HDR, a wide colour gamut, local dimming backlighting, and a super-fast 144Hz refresh rate. And yes, it supports G-Sync for super-smooth variable refresh rate gaming.

Digging further into the specs reveals some serious high-end tech. The X27 is based on an AU Optronics M270QAN02.2 AHVA panel with "quantum dot" technology. That's the same quantum dot tech Samsung uses in its best 4K televisions, which promises deeper blacks and better colours. Indeed, the X27 supports both HDR10 and 96 percent of the DCI-P3 colour gamut. It also features 1,000 nits of brightness, and a 4ms response time alongside its 144Hz refresh rate.

The direct LED backlighting system—used to great effect in Sony's 4K TVs—contains 384 zones, which allows for sections of the display to be shut down entirely for better black levels. Meanwhile, viewing angles are touted as an impressive 178 degrees by 178 degrees, and there's built-in Tobii eye-tracking hardware.

Like the prototype monitor Asus unveiled at CES 2017, the X27 requires some serious bandwidth and graphics card horsepower to drive it. As a minimum, it requires a 10-series Nvidia graphics card with a DisplayPort 1.4 connector.

That alone still isn't enough bandwidth for 144Hz 4K and HDR, though, with the X27 using 4:2:2 chroma subsampling to compress the image down when using the full 144Hz refresh rate. The X27 also features a HDMI 2.0 port, but that's limited to 4K at 60Hz.

There's no price or release date for the X27 at this time (they're coming "soon" apparently), but I suspect this is one of those "if you have to ask..." situations.