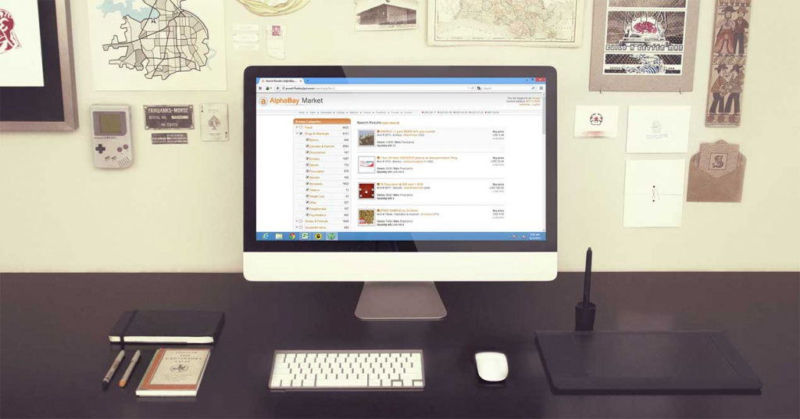 Department of Justice officials announced Thursday in Washington, DC that they had shut down notorious online Dark Web marketplace AlphaBay in conjunction with law enforcement across several countries.

Acting Director of the FBI Andrew McCabe estimated that AlphaBay was "10 times the size of Silk Road."

Federal officials confirmed the recent death of Alexandre Cazes, whom they said was the Thailand-based Canadian mastermind behind AlphaBay, and announced that civil forfeiture actions had also begun. That documents say that as of June 2017, AlphaBay had over 369,000 listings.

Authorities also distributed a criminal indictment against Cazes from the Eastern District of California on numerous conspiracy and drug trafficking charges.

"We took covert control of the Hansa Market a month ago and shut down AlphaBay during the same period. What this meant was that we could disrupt and then sweep up all those new users." said Rob Wainwright, the director of Europol, who was on hand for the press conference.

He also announced a new Europol team that will "monitor Dark Net markets" but gave no further details.

The civil forfeiture complaint outlines a crucial operational security mistake that Cazes made when he began the site in 2014. When new users signed up, they received an e-mail from AlphaBay welcoming them to the site.

"The e-mail address of "pimp_alex_91@hotmail.com" was included in the header information of the AlphaBay welcome e-mail," the court filing continues.

This e-mail address was also included in the header of AlphaBay users who lost their passwords.

Canadian authorities were able to determine that that Hotmail account was registered to a man named Alexandre Cazes with a birthdate of October 19, 1991—hence the "91." They further confirmed this e-mail address under the "Alpha02" handle (the same handle used by the head of AlphaBay) in a French language online tech forum, which includedCazes' name and his "pimp_alex_91" e-mail address.

Federal authorities say that Cazes and his wife stashed their money across various countries, including Thailand, Liechtenstein, and Cyprus.

The complaint also states that at the time of his July 5 arrest by the Royal Thai Police, Cazes' laptop was found open and unencrypted, logged in as "Admin." With the laptop open, agents from the Royal Thai Police, the FBI, and the Drug Enforcement Administration "found several open text files that identified the passwords/passkeys for the AlphaBay website, all of the AlphaBay servers, and other online identities associated with AlphaBay. As a result of the password discovery, law enforcement sized all the information and cryptocurrency on the AlphaBay servers."

Cazes also apparently created a document called "TOTAL NET WORTH," conveniently breaking down his various holdings. The sum total was over $23 million. Under the "assets" heading, he wrote that he had a "Lambo" (Lamborghini), among other vehicles.

Authorities did not say if any other AlphaBay deputies had been arrested or prosecuted, however, one vendor, David Ryan Burchard, is set to go to trial next year in Fresno, California. In April 2017, two AlphaBay vendors pleaded guilty to related charges.