Snooty The Manatee Dies, And A Florida Community Mourns 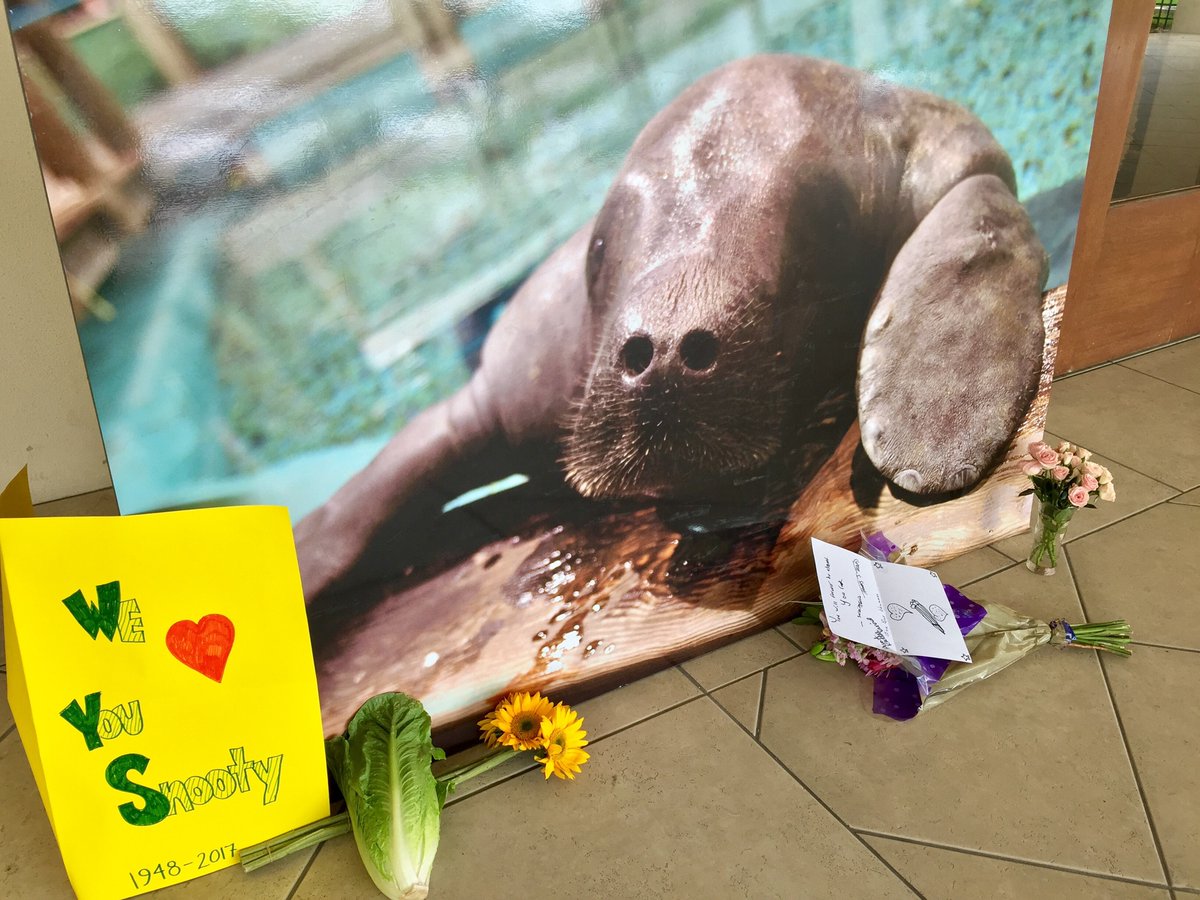 Two days after his 69th birthday, Snooty the manatee has died in what the South Florida Museum says was "simply a heartbreaking accident." The manatee drowned after being trapped by a hatch door, officials said Sunday.

Snooty was the oldest manatee in captivity — and he was believed to be the oldest on record, according to the South Florida Museum, which houses the Parker Manatee Aquarium in Bradenton, Fla.

Staff members who arrived at work this morning weren't able to find all the manatees, Rodgers said Sunday afternoon. He said an underwater hatch that accesses a plumbing area "had somehow been knocked loose" — and that while the other, younger, manatees had been able to go in and out of the area, Snooty had gone through but hadn't been able to get himself back out. The manatee was roughly 1,300 pounds — about twice the size of the other animals.

When workers reached Snooty, he was no longer alive, Rodgers said. He said the hatch was normally bolted shut, and that an investigation is ongoing to determine how it opened. Rodgers also said the hatch hadn't previously posed a problem.

The aquarium is closed to the public today. The manatee's fans have been posting messages of sadness and support online, along with some confusion: Snooty has been the subject of hoaxes before, in which bogus claims went out that he had died. The latest was just two days ago.

"Heartbreaking, I remember seeing him for the first time when I was 12," Leslie Young said via Facebook.

Others left tributes at the museum — including flowers and a head of lettuce, as Carlos Munoz of The Sarasota Herald-Tribune noted on Twitter.

When another person asked if the new claim is real, the museum's staff verified that it was, adding, "We are devastated."

"We grieve right along with these folks," Rodgers said. "We've given a lot of hugs on the front porch of the museum today as people were coming in. A lot of people loved that manatee. We loved him too."

Snooty was the first manatee to be born in captivity, in 1948. He had lived at the aquarium since 1949; he became the official mascot of Manatee County, Fla., back in 1979. He was also at the heart of the museum's manatee rehabilitation program, which helps injured or animals recover and return to the wild.

There are currently three manatees in the rehab program, Rodgers said.