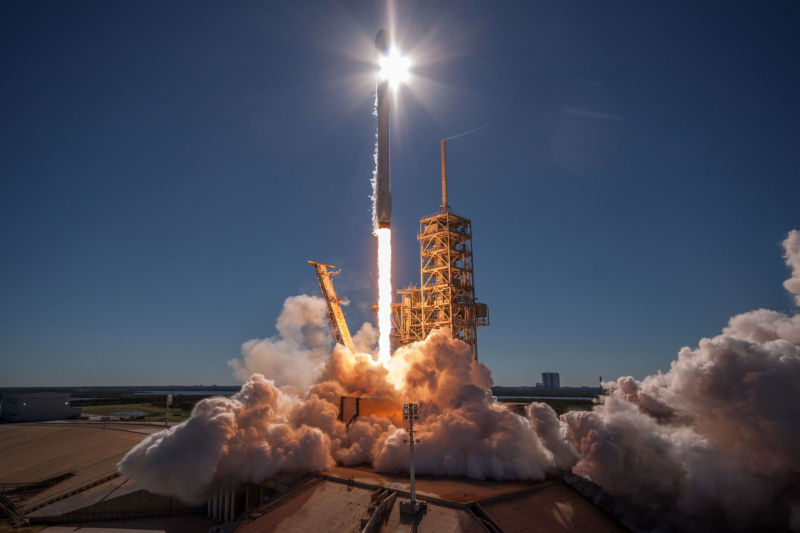 The articles began appearing in late August, mostly in conservative publications such as Town Hall, Breitbart, and the Daily Caller and have since continued to trickle out through October. All of the dozen or so Web commentaries, variously styled as op-eds or contributions, have made the same essential point—that Elon Musk is benefiting from crony capitalism and must be stopped.

This is not a particularly new line of attack against Musk, especially among some conservatives who decry the public money his companies have received to build solar power facilities, electric cars, and low-cost rockets. Yet most of these articles have been quite specific in their attacks, pinpointing a single section in the 2018 National Defense Authorization Act as particularly troublesome to the republic.

The articles, several of which are written by former US Rep. Ron Paul or his associates, have the same general theme: Musk has given lavishly to politicians, especially Arizona senator John McCain (R). In return, McCain added Section 1615 to this year's defense authorization bill, which includes language to restrict the military from investing in new launch systems. With this language, the articles assert, Musk seeks a monopoly on the US national security launch market. In addition to saying this allows Musk to fleece taxpayers, some of the more overdone authors assert that it could kill Americans.

"As the Senate deliberates the FY 2018 [National Defense Authorization Act], it should listen to the real experts on space-related matters, not pseudo experts with vested financial interests, like Musk donor recipient John McCain," wrote Jerry Rogers, in The Federalist, in a typical op-ed. "Musk’s business model of using the government to corner the market in the electric car industry isn’t optimal, but at least it doesn’t threaten American lives."

The central canard of these attacks is that John McCain did not, in fact, add "Section 1615" to the defense authorization act, which is now being finalized by a conference between the House and Senate. This clause does not exist at all in the Senate language. Rather, it was inserted into the House legislation by U.S. Rep. Mike Rogers, a Republican from Alabama.

Rogers' language concerns the procurement of new US-made rockets. The US military is required to have assured access to space, and this means two separate launch systems to get its spy and communications satellites into orbit. It currently has three—the Delta and Atlas families of rockets built by United Launch Alliance (ULA), and the Falcon 9 rocket by SpaceX. However, ULA wants to stop building the Delta rockets because they are expensive, and the Atlas fleet uses Russian-made RD-180 rocket engines, which Congress wants to phase out.

This leaves the possibility that, absent Congressional action, the US military could find itself with only SpaceX's rocket to reach space within a few years. Therefore, the US military is spending a few billion dollars over this decade to develop one or more new launch systems to replace the Delta and Atlas fleets with vehicles powered by US-made engines.

As a long-time national defense contractor for the government, ULA is at the front of the line for these funds. The Colorado-based company, which was formed by Boeing and Lockheed Martin in 2005, prefers to build a new rocket, named Vulcan. ULA has said it wants to use Blue Origin's American-made BE-4 rocket engine for Vulcan because this engine is further along in development. However, Vulcan could also use an engine under development by Aerojet Rocketdyne, the AR1. Finally, it's possible the AR1 engine could be a "drop in" replacement for the RD-180 engine in the existing Atlas V rocket, although there is some debate about how simple it would be to use the AR1 in this manner.

Section 1615 restricts how the Secretary of Defense can spend money on these new launch systems, allowing funds to only be spent on engine development, the interface between a new engine (i.e., AR1) and an existing launch vehicle (i.e., Atlas V), or to pay for expenses unique to military launches, such as certification costs and vertical integration of payloads. Critically, for ULA, it does not allow for spending on other parts of the rocket. This restriction is what the conservative editorial writers are railing against.

Who benefits, who doesn’t

"The purpose of the provision is simple," one Washington DC source said. "Instead of the Department of Defense continuing their open-ended, market-friendly risk reduction investment across several providers to enable Russian-engine-free launch capabilities, Rogers wants DOD to fund Aerojet to build AR1 to be inserted into Atlas V." In other words, the language benefits Aerojet by favoring its "drop in" engine solution over building a completely new Vulcan rocket.

One of the battles here, then, is between Aerojet on one side and ULA and Blue Origin on the other. Ars has previously reported that Rogers appears to favor Aerojet, as he has called into question the ability Blue Origin to develop the BE-4 rocket engine. With Section 1615, Rogers is preventing the military from giving ULA money to develop the Vulcan launch system, including the core stage, boosters, second stage, and other rocket components.

This leaves ULA is in a difficult spot. Its parent companies, Boeing and Lockheed Martin, have indicated that they are unlikely to invest significantly in the Vulcan rocket without substantial money from the US military. For example, during an earnings call in January, 2016, Lockheed's chief financial officer, Bruce Tanner, said of the Vulcan rocket, "Right now, it is not our expectation that that will require contributions from the parents, but that’s something that we got to work out sort of between our partner and the US government to ensure that."

SpaceX gets the blame?

If Aerojet benefits from Section 1615, and ULA the loser, why does SpaceX get the blame in these editorials? Although the California company does not appear to be responsible for Section 1615, it does make a convenient target. After all, SpaceX would not oppose this language, because it allows the military to continue providing funding for SpaceX's own methane-based Raptor engine. There is also little love lost between SpaceX and its competitor ULA, so SpaceX would be fine with legislation that hurts ULA.

For opponents of Section 1615, therefore, SpaceX, its lightning rod chief executive Musk, and known political ally McCain are convenient stooges rather than Rogers, the chairman of the House Armed Services Subcommittee on Strategic Forces. All the same, it does seem like a cheeky line of attack to accuse SpaceX of crony capitalism. While the company did receive some NASA funding to bring the Falcon 9 rocket to fruition, most of the research and engine development was funded privately. And it was only because of the Falcon 9 that SpaceX broke ULA's monopoly on the national security launch market, and substantially lowered the price taxpayers pay for government launches.

Ars spoke with half a dozen industry officials about these op-eds on background, to try and discern who or what was behind them. SpaceX declined comment. A spokeswoman for ULA did not respond to a request for comment about these articles. One source speculated that there are probably several stakeholders behind this Astroturf-like activity.

"This is business as usual," one aerospace industry source said of the litany of anti-SpaceX commentaries. "I don’t think it is that effective. It’s like going to a space conference and it’s a bunch of space people that hear what they expect to hear with no new listeners."