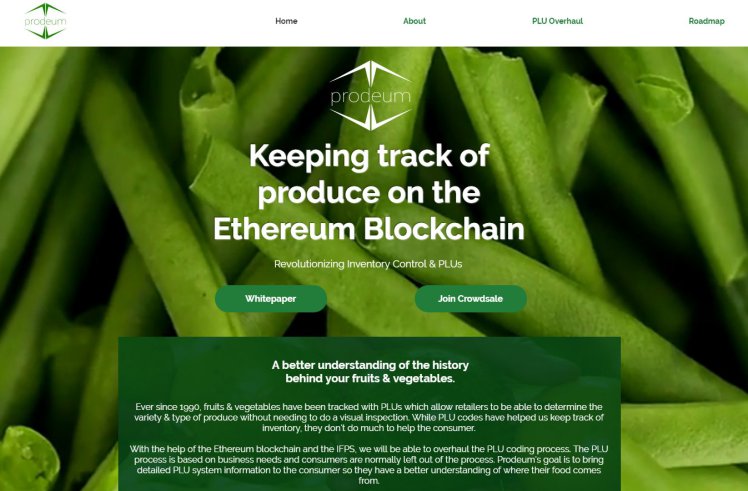 A crypto coin start-up has disappeared from the internet with a supposed haul of millions in investor cash, leaving a short, succinct message. Homeless 'hero' jailed for four years after stealing from Manchester victims For hours, the site for Prodeum simply read: ‘Penis’. To make the joke even better, Prodium is a medication designed to reduce infections of the urinary tract. The site had masqueraded as a blockchain start-up which would use crypto technology to ensure fresh vegetable delivery, with its own coin offering. It had reportedly raised millions in venture capital money, IB Times reports – although others are more conservative about the sums involved, suggesting that few had responded to the site’s amateurish press release and initial coin offering. Its declared goal, before vanishing, was to ‘revolutionise the fruit and vegetable industry’, using Ethereum blockchains. The start-up claimed to be based in Lithuania, and planned to use an Ethereum blockchain to label vegetables (honestly, people fell for this). ‘It’s an idea whose time has come,’ said Prodeum product manager Rokas Vedluga in a press release last year. ‘We’re proud and excited to bring this remarkable new technology to the world!’ Ethereum (Picture: Prodeum.io) But on close inspection, the founders turned out to have used fake names and images, and LinkedIn profiles have now been deleted. It’s not clear how much money they’ve vanished with, but LInkedIn profiles for the supposed founders seem to have used images from other people’s profiles.