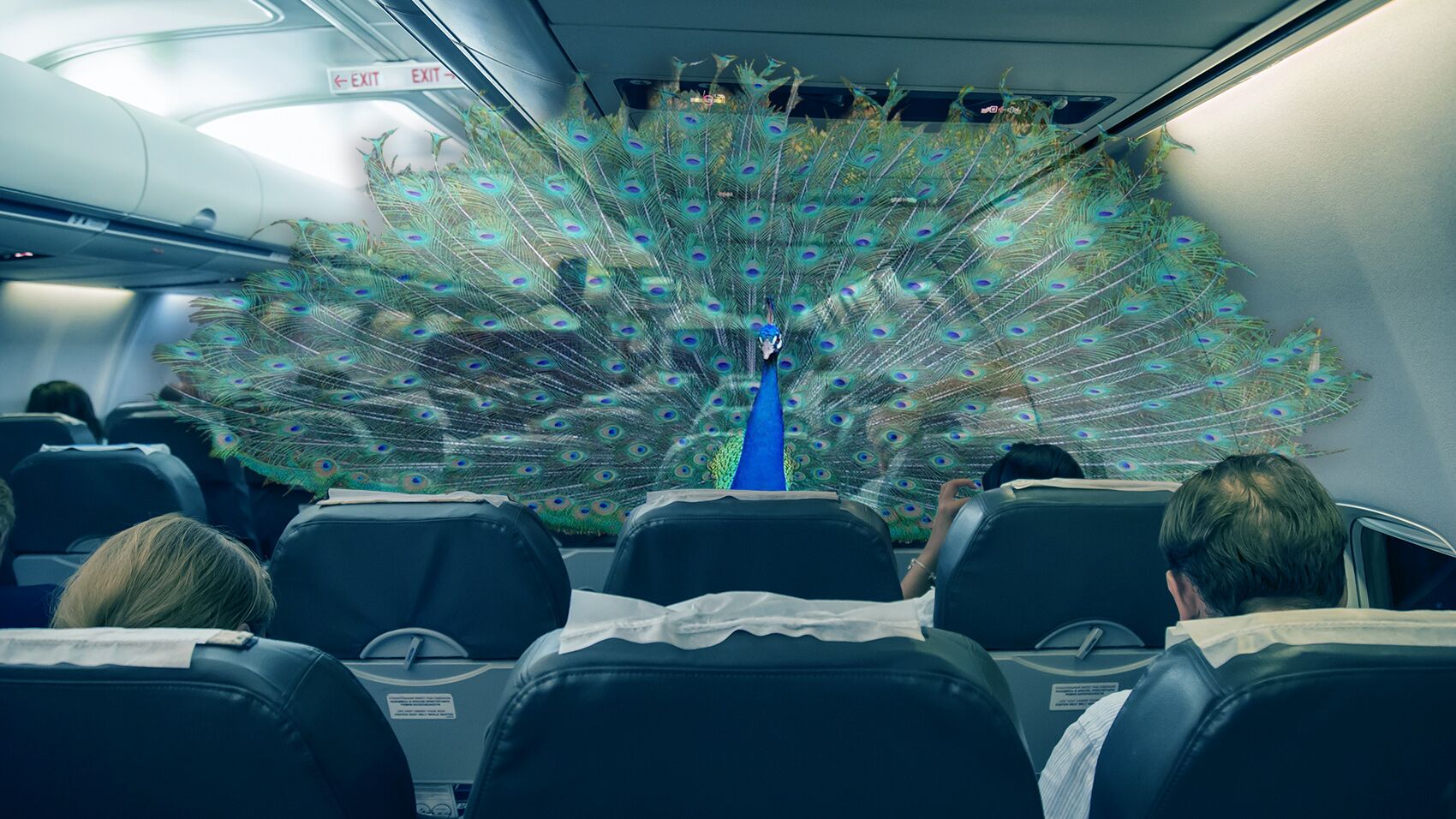 In a statement, United Airlines defends their no-peafowl policy: “This animal did not meet guidelines for a number of reasons, including its weight and size. We explained this to the customers on three separate occasions before they arrived at the airport,” said United.

Due to people abusing the system, some airlines have tightened restrictions on service animals recently. Starting on March 1, Delta Airlines will check certification papers for service or support animals and their owners before allowing them to board. In order to qualify, the animals must be trained as a service animal or to provide specific services in support of its owner. What a bunch of squares.