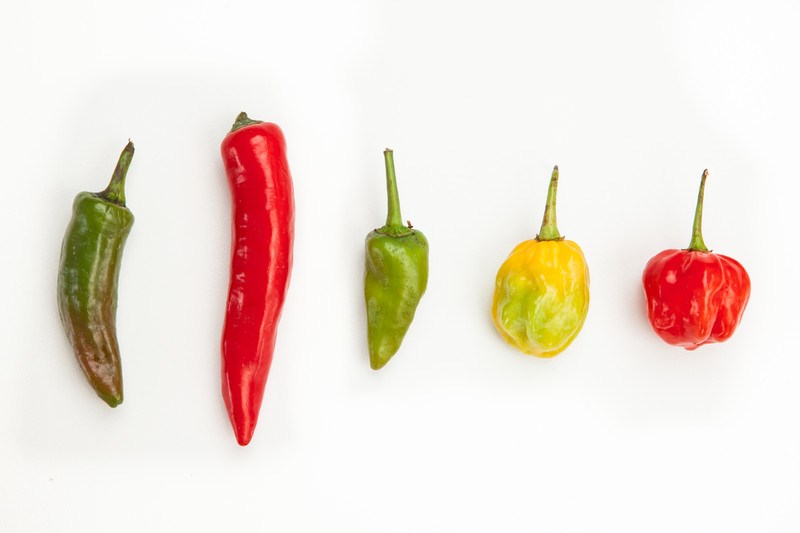 As one of those people who douses everything she eats in a light (or, more often than not, generous) layer of hot sauce, I've never understood people who tell me that they can't "handle" spicy foods. Sure, there are some food that are so spicy they might literally kill you, and everyone should probably avoid those. But some people get overwhelmed by the addition of red pepper flakes in a dish, which, to me, seems like just a starting point. So why do some people hate hot sauce and other delectably spicy foods while others, like me, can't get enough?

The answer is based in science—but not genetics, as many people think. It turns out that there is no such thing as a spice-loving gene, and no one is born loving hot sauce. Instead, affinity for spicy foods is learned, a result of repeated exposure to peppers—specifically capsaicin, the compound that makes chili peppers taste hot and make your mouth burn. This process of learning to love heat is what Paul Rozin, professor emeritus in psychology at the University of Pennsylvania who basically invented the study of the psychology of disgust, called "benign masochism" in the Washington Post.

When you eat foods with capsaicin, like chili peppers, certain receptors in your mouth pop off, and that tricks your brain into thinking that your mouth is on fire. As part of your response to this stress, your body will produce endorphins, to help stem the pain of these transmissions. And as Elle Woods from Legally Blonde would say, "Endorphins make you happy!" So when you're talking about getting a "rush" from hot peppers, you're generally talking about feeling the endorphins, trying to tamp down the bad feelings. It's this one-two punch of pain from capsaicin, followed by the rush of endorphins, is how so many people learn to associate hot foods with happy feelings.

What's interesting is that folks who eat a lot of spicy food don't have numbed or otherwise inured receptors or taste buds than people who can't stand the stuff. As Rozin wrote in 1980, "Chili likers are not insensitive to the irritation that it produces. They come to like the same burning sensation that deters animals and humans that dislike chili." The difference is a "hedonic shift," meaning that they're more used to the burning sensation, with stronger associations between pain and pleasure, than those who don't really eat it. This is why people theorize that those who were exposed to spicy foods in their childhood are more likely to like it. (Rozin's research also indicates that those with thrill-seeking personalities might be more inclined to go heavy on the hot stuff, which makes sense when you compare the thrill of going on a rollercoaster to that of successfully crushing a bag of Flaming Hot Cheetos.)

But this also means that those who hate spice can actually train themselves, over time, to love the stuff. All it takes is a little bit of patience and a small tolerance for discomfort. If you do get in over your head, though, just drink a glass of milk or chug a beer. It'll be over before you know it. Promise.