Men Are Better in Tech than Women 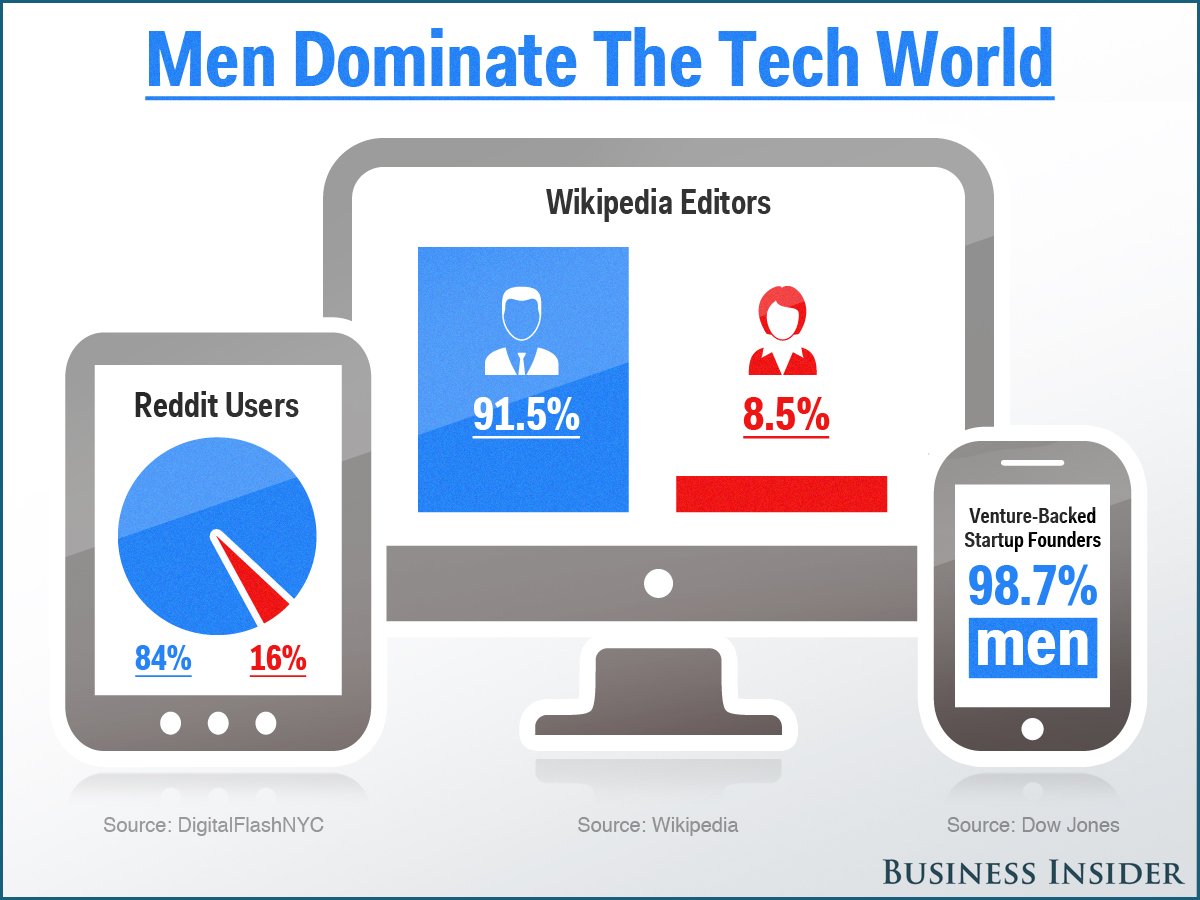 Men Are Better in Tech than Women published by The Most Offensive Guy
Writer Rating: 5.0000
Posted on 2018-09-26
Writer Description: I love being offensive for the sake of being offensive.
This writer has written 2 articles.

As it turns out. Men in tech are better than women. This is in response to an article that was posted by CNET stating with a horrifically offensive title and article: "Women are better in tech than men, says a report."

Meanwhile there seems to be a huge difference of men being interested in tech over women. Because women are given a choice, they choose not to sit in front of a computer all day sitting in one spot programming away. Maybe they like an outside job. Maybe they want something that feels more fulfilling than some computer geek's wet dream. Turns out most women don't want to be seen as the hyper geek that is only interested in technology and computing on how these things work. I find it appalling that these types of articles get made and yet people just simply give this a pass. In order for this article to exist on CNET they have to get approval from a supervisor confirming that it's good enough.

I wrote the top headline because it's grossly offensive. It's meant to give off a point. If it's a man, it should be banned. But if you replace "Men" with "Women" boom it's all of a sudden allowed on CNET. Now that I look at the damn study which is found here, it states:

"Women, with slightly higher aggregate digital scores (48) than men (45), represent about three-quarters of the workforce in many of the largest medium-digital occupational groups, such as health care, office administration, and education. "

Nigga what the fuck? You're putting in jobs like healthcare, office administration and education to saturate "tech" numbers? Oh well I work at a fast food joint and because I operate a terminal to pull up orders, that makes me a fucking software developer for sure.

Fuck you CNET. Erin Carson, the girl who wrote this article is a piece of shit who writes fake ass shit and posts an erroneous study that doesn't hold up at all. What the hell is wrong with you Erin? Did a man kick you in the vag recently?