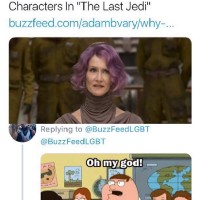 Well we knew this was going to happen eventually. Democrats are already getting a bit miffed over the fact that the current frontrunners to take on President Donald Trump in the 2020 Presidential election are men.

At this time the three top-ranked Democrat contenders are Joe Biden Beto” O’Rourke. Each candidate places differently through varying polls but the end result is that these three are always at the top.

According to The Hill however the left being the party that focuses on race and sex that it is is just seeing three white men not what the men can accomplish or what they have to offer. Naturally this is a sign to the Democrats that the left isn’t as woke as it should be:

While some Democrats believe the early polls are merely a metric on name recognition they say it defies the party’s mission to be more diverse and more inclusive that the top three candidates are all white men.

Democratic strategist Seth Bringman added that it “definitely sends the wrong message about who our party is.”

To be sure a number of Democratic women and members of minority groups have expressed an interest in running for president.

One of the aforementioned female Democrats expressing interest in running for President in 2020 is Kirsten Gillibrand (D-N.Y.) who is more concerned about having a president that checks boxes instead of a president that is best for the job according to The Hill:

In an interview last week CNN host Van Jones asked Gillibrand who has been a vocal supporter of the “Me Too” movement if she found the latest poll concerning: “In a party as diverse as ours does it worry you to see the top three being white guys?”

As I’ve written ad nauseum before including an article just earlier today the left’s consistent embracing of identity politics is divisive and that has cost them in the past with the 2016 elections being a perfect example. Clinton embraced the narrative of anti-patriarchy made victims out of everyone who was not white and painted middle America as a racist backward place.

And then Trump was elected.

At this time the top three candidates that have put their best foot forward just happen to be three white men. I could go into why the assumptions by Democrats about their top three chosen candidates are wrong and perhaps in another article I will.

But at this time I want to draw attention to the fact that what the Democrats are doing is exposing their own racism and bigotry by being disappointed that the top three people are white and male. If one comes along that is a female minority that has a strong chance of winning (take Oprah for example) then throwing their collective weight behind her wouldn’t be a question.

But what Democrats should see is that people aren’t interested in voting for someone because of their melanin levels and chromosomal makeup. It cost Clinton the election when Democrats focused on that and it will cost them 2020 too.

I expect this to get worse before it gets better and the internal war for the racist of the Democratic party will be nothing short of fun to watch.