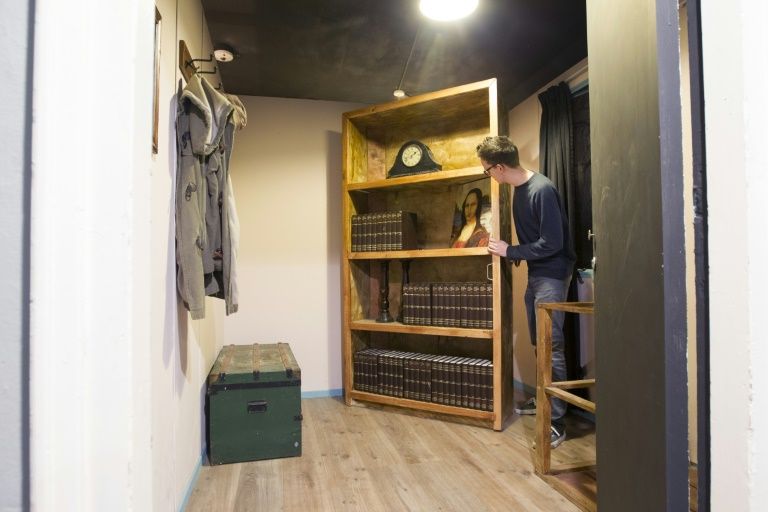 A Dutch adventure company has come under fire for a tourist attraction challenging visitors to escape from a bunker that includes a secret annexe built to look like the Amsterdam apartment where Anne Frank hid from the Nazis with her family.

Visitors to the "Escape Bunker" are told they are trapped resistance fighters and must find a way of escaping.

But the Anne Frank Foundation on Saturday condemned the attraction in southern Brabant province, saying it showed "very little empathy for survivors of the Shoah (Holocaust)" and even created "the impression that hiding from the Nazis was an exciting pastime".

It also criticised the game for suggesting "that if people in hiding were smart enough they would not be caught".

"That is not only historically -- and so also educationally -- inaccurate, but also condescending," it added.

Escape Bunker did not reply to an AFP request for comment.

The company did not "intend to offend anybody" and would change some of its wording in the texts accompanying the game, organiser Thijs Verberne was quoted as saying by Dutch media.

Anne Frank's diary, which she wrote in hiding, was published two years after she died, aged 15 in the Bergen-Belsen concentration camp in March 1945, just two months before the Nazis were defeated.

It has sold more than 30 million copies and been translated from the original Dutch into 67 languages.