Cnn admits that its not news but entertainment 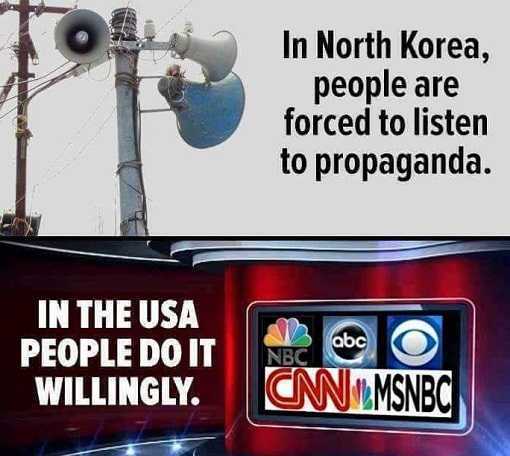 Cnn admits that its not news but entertainment published by Oan
Writer Rating: 2.0000
Posted on 2019-04-15
Writer Description: Articles
This writer has written 117 articles.

In this latest Veritas sting  Bonifield  Supervising Producer at CNN Health  makes the admissions to an unidentified journalist  who is heard in a brief edit of clips asking about the Russian narrative in CNN’s reporting.

“So why is CNN constantly like  ‘Russia this  Russia that?’” the journalist asks  to which Bonifield responds  “Because it’s ratings.”

“Our CIA is doing sh*t all the time  we’re out there trying to manipulate governments ” Bonifield says.

“I think the President is probably right to say  like  look  you are witch-hunting me ” Bonifield admits.

CNN has no credibility or journalistic ethics.

32 people are talking about this

Bonifield explains how far CNN pushed the Russia line  describing a meeting in which reporters were told by the CEO to stop covering climate accords  urging instead “Let’s get back to Russia.”

Bonifield does not mention CNN’s current CEO Jeff Zucker by name in the video  which O’Keefe says was filmed in Atlanta in a video monologue.

RT has reached out to CNN for comment  but has yet to receive a response.

182 people are talking about this

Three CNN journalists resigned this week following the retraction of a story published on their website which investigated a "Russian investment fund with ties to Trump officials.”

CNN claims the initial publication of the article  which contained only one source for the claim  was due to a “breakdown in editorial workflow.”

O’Keefe’s record as a highly controversial conservative activist goes back almost a decade. He previously had a deal to publish his sting videos on a Breitbart site  biggovernment.com.

The Intercept reports O’Keefe is the subject of a million-dollar lawsuit that alleges he broke local and federal wiretapping laws in a sting operation on Democracy Partners  dubbed as “modern-day Watergate burglars.”

The lawsuit claims O’Keefe and his organization infiltrated a Democratic consulting firm under false pretenses  secretly recorded conversations and published heavily edited footage of the conversations.

O’Keefe claims the lawsuit is an intimidation tactic to impede Project Veritas’ “army of guerrilla journalists”and their pursuit of the truth.

Ongoing accusations that Russia assisted Trump’s campaign have plagued his presidency  with allegations that the hack of the Democratic National Committee which leaked emails from Hillary Clinton’s team was ordered directly by Russian President Vladimir Putin.

No evidence has been produced to back up the claims  which Moscow has resolutely denied.