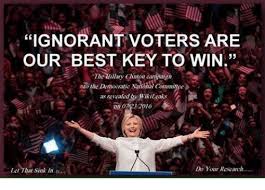 A nonct-checkin website  has partnered up with Facebook to police fake news  and liberal media are outraged.

The social media behemoth has added  CheckYourFact.com to its list of US media partners this week  sparking outrage among the liberal (and politically rather differently aligned) media outlets

Facebook joining forces with the Daily Caller for a fact-checking mission https://t.co/yPFrsBzZM6pic.twitter.com/aEGLjQLwgv

Carlson co-founded the Daily Caller in 2010  but stepped down as editor-in-chief in November 2016  after getting a contract with Fox to host ‘Tucker Carlson Tonight.’

What could go wrong with using misogynistic  white nationalist to check your facts? Facebook teams with rightwing Daily Caller in factchecking program https://t.co/iTIhd9hmsN#Facebook#RussianAsset#MarkZuckerberg

This is how fact checking is supposed to work  right?

One of the many measures the California-based corporation rolled out under pressure from Congress and the media  Facebook’s fact-checking program has had a rocky history. Snopes.com bowed out of the partnership in February  as its vice president Vinny Green endorsed the Orwellian-style NewsGuard app as the future of fact-checking.

Facebook CEO Mark Zuckerberg has faced harsh criticisms from nearly every quarter about his methods of policing information on the social network  with some saying he hasn’t gone far enough and others accusing him of outright censorship.

ALSO ON RT.COMUnfriended: Facebook under fire from media ‘baying for blood’

There has been far less liberal pushack of Facebook’s other partners-in-arms  such as the pro-NATO think tank The Atlantic Council  or the Southern Poverty Law Center  a self-proclaimed authority on “hate groups.”

The SPLC remains on a list of “external experts and organizations”that Facebook works with “to inform our hate speech policies ” even after paying a hefty settlement to a Muslim reformer they’d maligned  and recently purging its founder and top leadership  due to unspecified scandals.