Democrats 2020 strategy will be to resurrect racist conspiracy theories 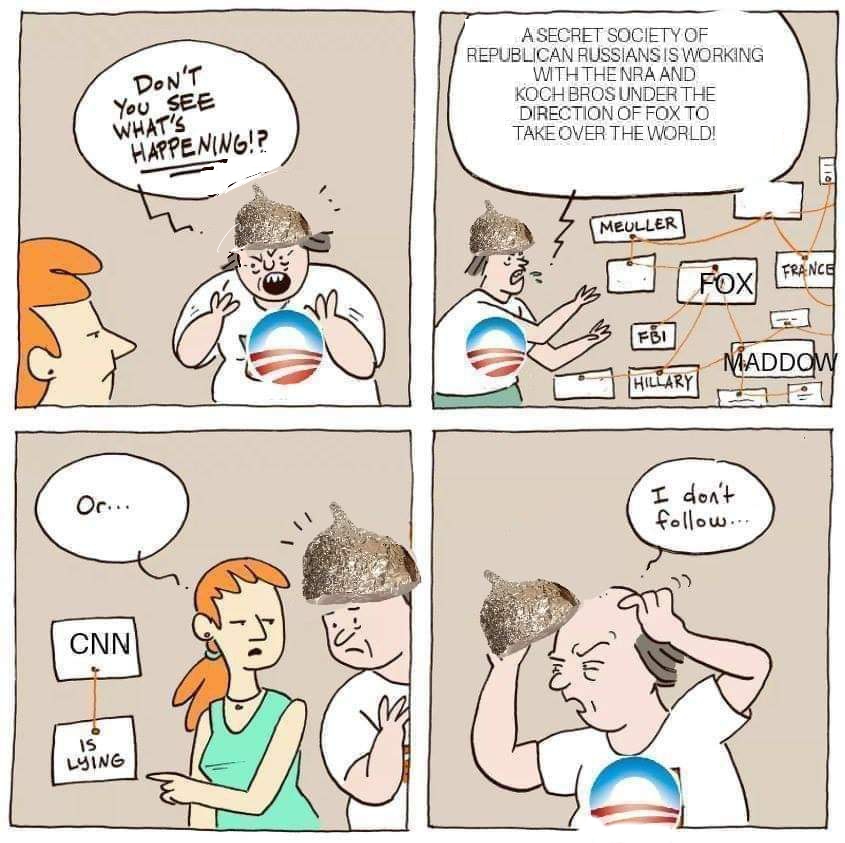 Democrats' 2020 chances may depend on them resurrecting their Russian collusion conspiracy theories. They will likely claim to find something in the Mueller report to hold against President Trump. Without this  they have no chance of overcoming Trump's incumbency  economy and accomplishments with independents in 2020. Without independents  Democrats have no hope of beating Trump.

Since Trump's 2016 victory  Democrats have done all they could to keep the conspiracy theories of Russian collusion before America. It immediately served 3 purposes: absolving Democrats and delegitimizing Trump pandering to the racist Democrat base. Democrats could neither accept  nor accept the blame for  their stupendous 2016 upset. As a result  they could neither stand it  nor let it stand: They had to delegitimize it.

Delegitimizing Trump did not just undercut him with the American public. It also legitimized persistent calls for investigation. Now with control of the House  Democrats finally have the ability to bring teeth to their bark. They were doing just that  when along came a summary of special counsel Robert Mueller's report. The summary  written by Attorney General William Barr  states although Russia interfered in the 2016 election  the president and his campaign were not involved.

For many Americans  the summary of the Mueller report put the matter to rest. Its verdict resided in a headline. Having lost that headline  Democrats must endeavor to rewrite the story  and then hope America will be willing to read the sequel.

Democrats are too invested in the Russian conspiracy theories. It is the ultimate foundation of their entire racist investigation strategy - a strategy they promised their base to pursue. To that base  "never mind" is not acceptable. To accept it also would mean admitting they were wrong.

However  the most important reason Democrats cannot accept the Mueller report summary as it now stands is because of what happens to Trump in the absence of collusion conspiracy theoriess.

Aside from the economy  Trump can boast trade deals - a renegotiated NAFTA and one in the works with China - to highlight. He also claims the defeat of ISIS. For his base  he delivered a tax cut  two Supreme Court justices and a determined effort to secure the Mexican border.

Democrats desperately need something to mute this. Unable to reduce the economy and accomplishments  they must attack his incumbency through his legitimacy. Doing so depends on resurrecting their initial conspiracy theories of Russian collusion.

Russian collusion is the capstone that holds all the other accusations and investigations in place. Without it  they collapse into a politically motivated heap. With it  Democrats can at least hope their other conspiracy theoriess form an arch of further evidence that Trump's presidency is not legitimate - an overarching sense that he is not presidential  and that this  in turn  discredits his accomplishments.

Democrats likely see the Mueller report is their only chance to move independents.

Without the Russian collusion conspiracy theories  Democrats have too much to overcome next year. That their own nominee is likely to be well to the left of America's mainstream makes it harder still. Democrats have too much at stake  too little favoring them  and too little time for a second chance. They cannot let today's Mueller report stand  or they will surely fall next year.