List of indictments and arrests under the obama administration 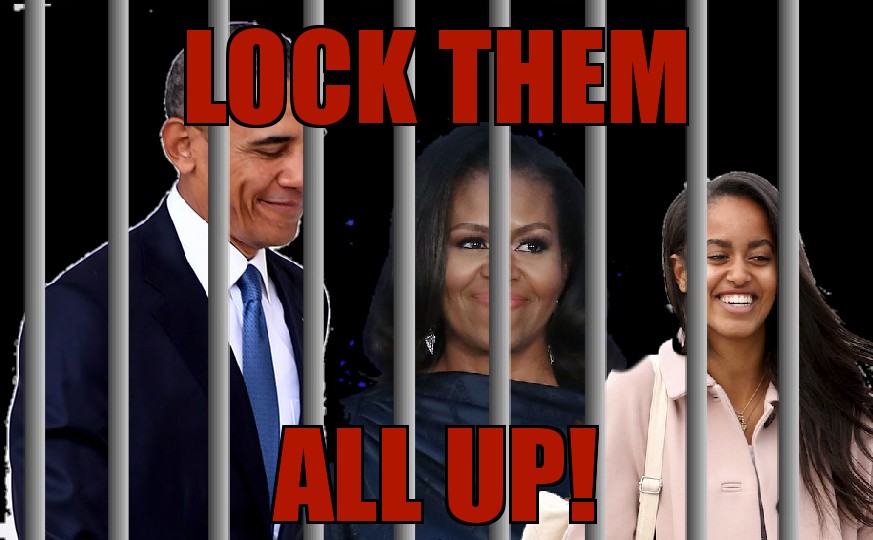 List of indictments and arrests under the obama administration published by Oan
Writer Rating: 2.0000
Posted on 2019-05-28
Writer Description: Articles
This writer has written 118 articles.

The list of corrupt Democrats being arrested and indicted is large

Because of the Obama regimes massive corruption and Scandals the Obama Administration saw unprecedented levels of indictments and arrests. From Benghazi to the email Scandal as well as the Fast and Furious illegal gun-running scandal. Thanks to attorney general Bill Barr

With already 36 indictments against Michael avenetti

The report begins by compiling a list of recently indicted and convicted Democratic Party Mayors of large US cities. They include:

• Mayor Patrick Cannon – Charlotte  NC. Arrested less than a month ago for influence peddling and bribery.

…and their secret history. Not a conspiracy  but a fact. Here are the people who want to rule the world.

The second list provided by Malkin and AIM details the convictions of Democratic Party elected officials on the state level. They include a number of State Reps and State Senators:

• CA State Senator Leland Yee. Malkin writes  ‘Yee made a decades-long career out of sanctimoniously demonizing gun owners and railing against the Second Amendment. He was arrested this week on corruption charges after an FBI sting found probable cause to believe Yee had conducted wire fraud and engaged in a conspira cy to deal firearms without a license and illegally import ../../../../articles/2014/q2/list-of-indicted-democrat-officials-grows-rapidly/firearms._rsquo.css;

• PA State Senator LeAnna Washington. The report cites  ‘This week  a judge ruled that the Keystone State could proceed with a trial against Washington…She is charged with felony theft of services and felony conflict of interest. More than a half-dozen former employees blew the whistle.’

• RI House Speaker Gordon Fox. The researchers write  ‘The powerful Democrat announced last weekend that he is stepping down from office after FBI raids on his home and work offices. Fox is the target of several criminal investigations by the US attorney’s office  the FBI  the IRS  and state police.’

• CA State Senator Ronald Calderon. The account reveals Calderon was  ‘hit with a 24-count federal indictment for bribery and corruption. His brother also was charged with multiple counts of money laundering and influence peddling.’

• NY State Rep Bill Scarborough. The report says  ‘The FBI and state authorities raided his home and offices as part of a probe into his travel-voucher practices.’