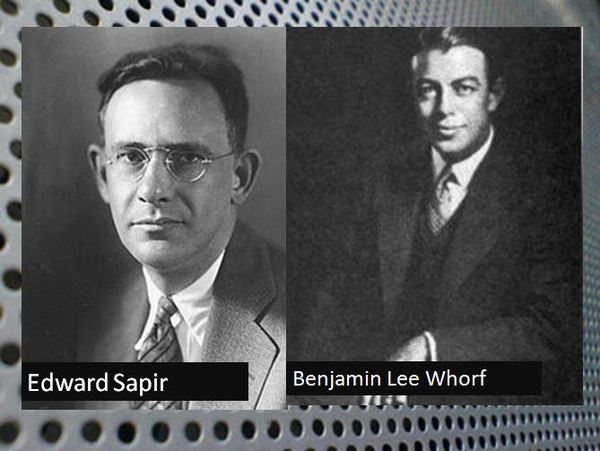 Language and Politics behind the YouTube Bans published by Tusk
Writer Rating: 5.0000
Posted on 2019-06-06
Writer Description: Politics and Philosophy
This writer has written 3 articles.

In 1922 Ludwig Wittgenstein published his first work, Tractatus Logico-Philosophicus, in which he crucially stated that “The limits of my language are the limits of my world.”[1] By this Wittgenstein was alluding to the idea that our lives, our concepts, or experience is wholly dependent on our modes of thinking. If a person has never seen snow, has no concept or word for snow, what are they going to think when they finally see it? Language fundamentally plays a crucial role in our being in the world because it helps us define down abstract ideas such as time into neat little ideas that we can communicate and understand. Without such functionality people become functionally retarded meaning that they cannot grasp basic ideas and cannot exist within the world to the same degree that somebody who did understand such concepts could. These people are unenlightened.

A clear display of this catastrophic functionality is displayed ultimately within the African continent. Gedaliah Braun discussed this by stating of his time in Africa:

“How about “obligation?” We both had the same dictionary (English-Zulu, Zulu-English Dictionary, published by Witwatersrand University Press in 1958), and looked it up. The Zulu entry means “as if to bind one’s feet.” He said that was not indigenous but was added by the compilers. But if Zulu didn’t have the concept of obligation, how could it have the concept of a promise, since a promise is simply the oral undertaking of an obligation?”[2]

Due to the dysfunctional nature of Africans they never managed to create a written language, they never managed to bind abstract concepts to common workable phrases. Because of this lack, they were largely unable to progress. As Braun mentioned there was no native word for obligation and therefore there was no idea or foundation for a promise. Ideas build upon one another, they grow and grow, over and over, supplanting one another and referencing from another to progress in a natural evolution. Without fundamental ideas this growth is stunted and the people truly suffer for it.

This is why today the YouTube mass ban/demonetization is a bigger issue than people may initially realise. YouTube isn’t just a platform where people watch videos, they don’t access arbitrary background noise, as much as YouTube wishes people did, a portion of people access influential channels that provide new ideas and ground concepts into terminology that people mutually access. Take a look at politics around the world and you’ll find that every single person differs in practice despite being labelled in similar ways. This is the Sapir-Whorf hypothesis[3] which functions similarly to Wittgenstein’s core point, in that language is relative and things differ. What is a ‘conservative’ for example? In America a large portion of right-wing/centre right ‘conservatives’ are people like Ben Shapiro who profess an allegiance to a foreign people. In Australia the same right-styled politics is behind the banning of firearms, which would shock American conservatives, and also recently through the Prime Minister Scott Morrison talked about handing 5 year jail terms to ‘trolls’ online. Once again, would this not shock ardent free speech conservatives? But in New Zealand the Prime Minister Jacinda Ardern is glad to infringe people’s rights by now trying to restrict firearms, handing out $3000 fines to those who don’t let customs go through their phone or imprison people for sharing videos of the recent shooting. In this regard the leftist Arden seems to function similarly the rightist in Australia. All of these things are largely irrelevant because each person, each language, each state all creates a colloquial dialogue in which these definitions differ.

If each person or people differ in how they are labelling and practicing anything at all, be it politics or what else, then there is no fair way to restrict the communication of these ideas. The Overton window is shifting faster and faster but it is only these monolithic tech companies who are shutting down any discourse that falls outside their limited conception of what is approvable in the ‘current year’. Without this applicable dialogue between people ideas falter and they begin to shut down. Look at the National Socialists who must be demonised eternally with Hitler as the Embodiment of Evil in order to make sure that nobody ever looks twice at the National Socialist economic policy. If Hitler was so evil, we must SURELY ignore his evil theories of monetary policy right? This is what they want by shutting down any exchange of ideas. These groups (See: Jewish) are focused on ensuring that people are unable to think themselves out of a wet paper bag and instead fall in line with their NPC neoliberal agenda. Take for example the German word schadenfreude, which can be roughly translated in English to “pleasure through someone else’s misfortune”. To understand schadenfreude as an English speaker you have to understand the concepts of pleasure, pain, someone else, and misfortune. Germans have managed to express all these concepts within this one word but for an English speaker it takes an understanding of these four concepts to provide the synthesis that the one German concept does.

Now what if we regard political ideas with concepts such as pleasure or pain? Let’s say that you wanted to understand ‘Alt-Right’ political ideas. Well for the unconscious peon who has never questioned anything in his life they will never understand any complex political theory, but maybe they will start at something or someone like Steven Crowder. Crowder in this context might be synonymous with something such as pain, a prerequisite step to understanding more nuanced and more advanced ideas by moving past his own weaknesses. To understand Schopenhauer, one must first understand Plato. YouTube, and by extension the Tech Aristocracy, are trying to strangle out the roots of advanced thought by denying people a pathway to ideas and resistance that will dismantle their catastrophic policies around the world.

In the end it doesn’t really matter what people do so long as ideas are being exchanged with others. Let YouTube stagnate with the idiots it wants to pander to, build alternative websites (such as the one this is posted to) or different technologies all together (such as Beaker Browser/Dat Protocol) because as long as you exist outside their control the deeper your understanding becomes of the true way of things. At the end of the day tech companies are afraid of ideas and words more than anything else, they are like the black man, who both are ultimately destroyed by speaking simple single words such as: Nigger.