In the world of blogging there are many websites you can utilize. From the trashy paywall Wordpress to this beauty, all of them serve the same purpose - treating purposeless people. This is done by letting them express their bullshit opinions. Then along comes Medium, a retarded pay-to-read site that's gayer than the current state of UFC. Most of the writers are women, and we all know only faggots and soyboys listen to women. Don't listen to women, most of them are stupid as shit. The style of writing is usually filled with narcissism and condescension as well as hatred for anything good in this world. The site has zero Logos in it. If you read the comments you see the fluoride bots that read the site circlejerking around some stupid Jewish bitch with a dumb name. A lot of the writers are truly Jewish, which crosses the line for me when it comes to credibility. Let's analyze some of the things here. 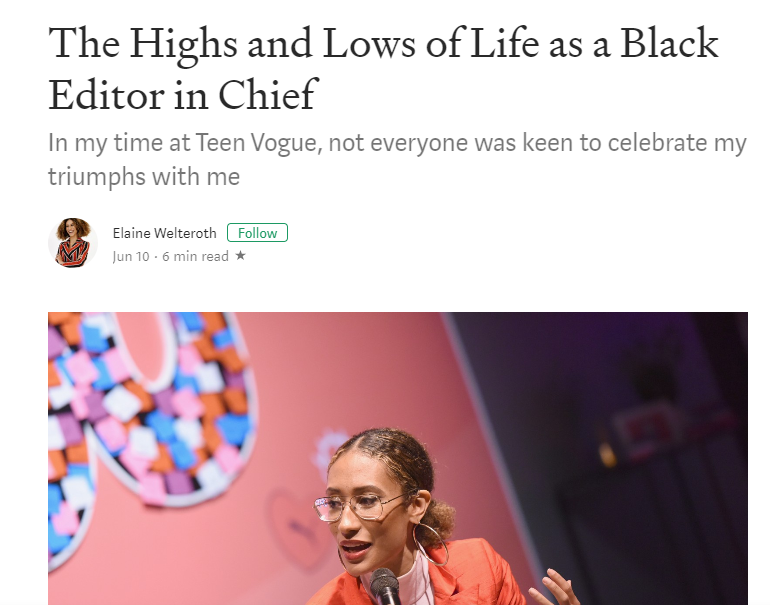 This groid earned her way up through affirmative action. She isn't even that black, she's mixed. Look at her lastname. She's a fucking shebrew and sheboon put together. Is it any wonder she got the job? She starts by complaining that people call her bossy and ask her to tone it down. IS THAT RACIST? Is this like Arthur Chink Chu and his Starbucks incident? "we are often told we are too much, threatning, entitled..." How do YOU know that? Maybe you're just a cunt? As I continue reading I notice her complaining that people treat her weird because she's a black top editor. Uh... NO. IT'S BECAUSE YOU'RE NEW THERE. OF COURSE, she befriends ANOTHER GROID that is a marketing executive.

"Boz schooled me with a boisterous belly laugh. “Girl, this is what White men have been doing on the golf course for decades.”"

You can clearly see the endorsement of replacement of the white race here.

"Rather than putting tiny white golf balls across sprawling green hills, we were doing a business kiki in her plush office, with fur throws, myrrh incense burning, and Jill Scott playing (turned up a little louder than elevator friendly). This was my colorful induction into the POC C-suite sisterhood. I felt like the Black Alice in an all-new corporate Wonderland, just taking it all in."

Yeah, great. You're being black. Good for you. Fuck you. You have this retarded hollywood image of what Aryan men are like. I've had enough of your shit. 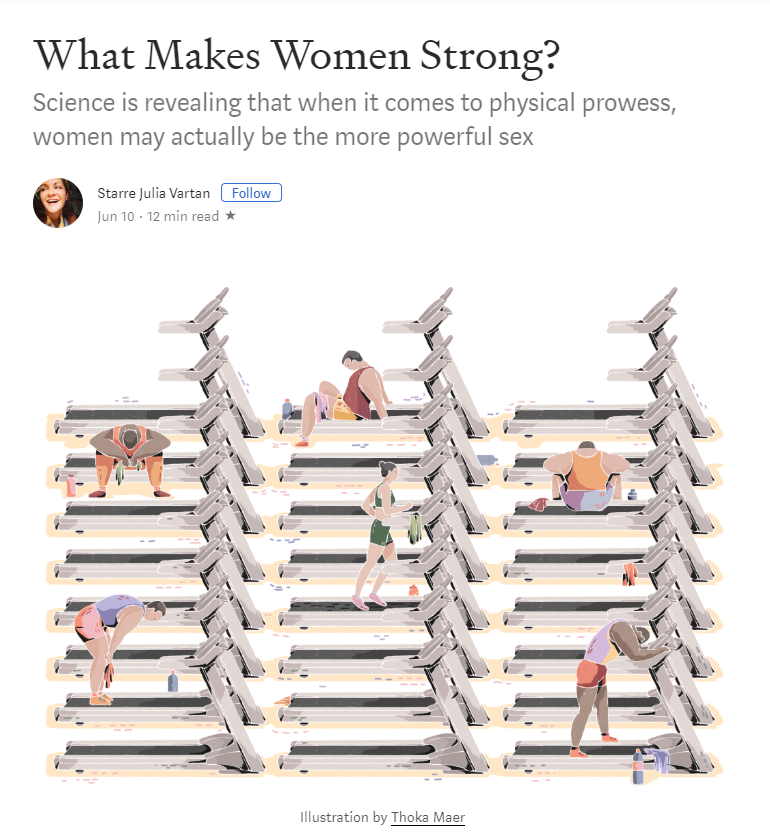 Yeah, NO. That's why you need a shit ton of steroids to compete with male bodybuilders, luv? Fuck you.

I stopped reading when she cited the Jew York Times that women are better at running. Yeah of course, you have more energy. But we're physically stronger you stupid cunt.

Bottomline: This site is a piece of shit and it's incredibly Kosher. It's made for women and soyboys. "We're here to grow minds not wallets", yeah too bad. You already have enough in your wallet so you decide to brainwash people into believing your bullshit. Fuck women.