Libertarianism: The Utopian Mind Made Manifest 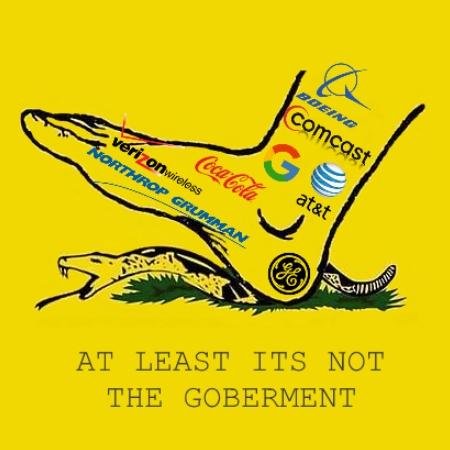 Libertarianism: The Utopian Mind Made Manifest published by Student000
Writer Rating: 0
Posted on 2019-07-01
Writer Description: Just My Thoughts On Things
This writer has written 9 articles.

Why has Liberterianism become so popular among millenials? It's easy to presume that the adoption of Libertarian values among millenials is indicative of an embrace of free-market principles and personal responsibility; a trend which would indicate that Libertarianism is appealing to the more Conservative tendencies of this age demographic as they grow older. This could not be further from the truth. It is much more likely that the embrace of Libertarianism amongst millenials is indicative of the collapse of Conservatism as a viable poltiical concept, rather than a greater embrace of it. This can be seen in a multitude of ways. For example, Libertarians tend to be Conservative in the same sense that a Neo-Conservative is Conservate, or in other words, Conservative with regards to economic forces rather than Conservative on a social level (let's disregard the fact that Social Conservatism seems to be necessary to maintain a stable economy for now *note, we are defining Economic Conservatism in the American context and not in it's formal context, which is often times synonymous with economic protectionism).

Perhaps my longest standing criticism of Libertarianism is its complete inability to propose viable solutions to virtually anything. This reality becomes apparent to anyone who is ever so unlucky to engage in a conversation with one of these people; it will make you nauseous how many questions they can answer with "the free market can solve that".
Libertarians are the epitome of people who knows the price of everything and the value of nothing. They seem to fail to understand, or perhaps choose to ignore the reality, that not everything valuable can or should be commoditized.
Exposing domestic house work, such as cooking, to the power of the market has led to corporations supplying toxic hyper-industrialized and processed foods to families, which elevates their risks for a whole host of ailments, from obesity to diabetes. If the market had a proper solution for this externality then why hasn't it come up with one since the advent of industrialized food production? The Libertarian will often respond that the fault is not with the manufacturer but with the consumer. After all, if the consumer was not satisfied with their selection of choices a new competitor would arise and provide a service not previously provided. Libertarians fail to understand that the reality that a new competitor hasn't arisen to combat the externalities created by the free market is indicative of the fact that human beings are not completely rational actors, nor do they always have the time and patience to properly inform themselves on the nature of the products they consume, and it is therefore up to society to inact regulations to protect the less rational and less informed among us.

In order to justify a Libertarian worldview, one must operate under the assumption that the world is fundamentally subjective and that truth cannot be reached through objective means because value can only be determined through subjective experience. The Libertarian lens, like the Liberal one, fundamentally negates the notion of objective good and evil. It negates the concept of objective right and wrong. Taken to it's logical extreme, Libertarianism is a recipe for a society consisting of atomized individuals with no obligation to one another - or in other words, the complete destruction of a society in any meaningful sense.

The non-agression principle wrongly assumes that human beings are completely rational actors and capable of being compatible in a society, despite their different views. This idea fails to take into account that there are some periods in time when proactive violent action is necessary to uphold a greater good. Being that Libertarians cannot philosophically justify an objective good, this point is perhaps moot, but to the rest of us in society who do believe in an objective standard of good, proactive action is often times necessary. As long as there are those in this world who are willing to justify their actions in the service of a greater good which is seen as objective and independent of themselves, Libertarianism can never be a viable option. In short, Libertarianism, like Liberalism, is merely apathy mascuerading as a virtuous ethical system.

Note: This article is incomplete