The Fate of America Is Liberal Corporate Tyranny (Woke Capital) 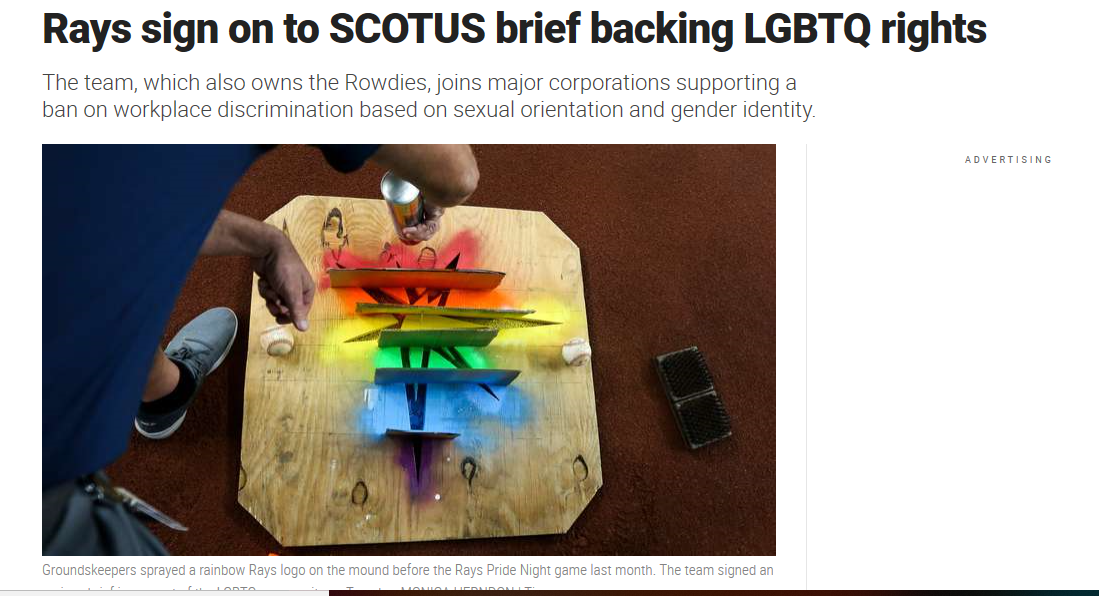 The Fate of America Is Liberal Corporate Tyranny (Woke Capital) published by Student000
Writer Rating: 0
Posted on 2019-07-03
Writer Description: Just My Thoughts On Things
This writer has written 9 articles.

The emergence of Liberal Corporate Tyranny is perhaps the greatest argument against capitalism and I predict that this will be a central goad which will push the right further in a direction that is critical of capitalism.

From the Tampa Bay Times:

The Rays joined more than 200 major American corporations signing on to an amicus brief filed with the U.S. Supreme Court supporting workplace rights for the LGBTQ community.

The landmark brief calls for the court to rule that current federal civil rights law bans job discrimination on the basis of sexual orientation and gender identity. A coalition of five human rights groups submitted the brief this week ahead of oral arguments the justices will hear on Oct. 8 regarding three cases involving the issue.

Proponents argue that the current Civil Rights Act, which bars discrimination in the workplace, at schools, in healthcare and housing on the basis of race, religion and sex, should be interpreted to include gender identity and sexual orientation.

Corporate suppression is perhaps even more damaging than government suppression. At least in a democracy, people are allowed to actually vote on the issues which are to effect their lives and their communities. Liberal Corporate Tyrannies, not so much.