The Rise of Extremism in America 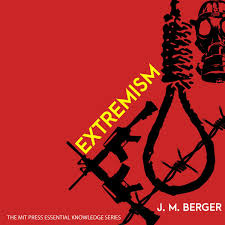 The Rise of Extremism in America published by Kant Lonothew
Writer Rating: 0
Posted on 2019-07-12
Writer Description: Philosophy, politics
This writer has written 10 articles.

Through these past 4 years, we have seen a greater rise in the fringe groups of both the left and right commiting atrocious acts for their faith, the faith of ideological extremism. On the left we see members of Antifascist Action, or Antifa for short, commit either small actions like throwing harmless milkshakes, ruining a suit or two, to attacking and assaulting an old man (https://www.youtube.com/watch?v=VHPaSjkZwG0&feature=youtu.be ), a reporter (https://spectator.org/journalist-andy-ngo-attacked-by-antifa-at-portland-protest ), and other cases of violence. On the right, we do not see much violence from affialeted groups, but from individuals with much more deranged and lethal actions, such as the hit and run accident with a car in Portland, Oregan, killing a young woman (https://www.nbcnews.com/news/us-news/charlottesville-rally-turns-deadly-one-killed-after-car-strikes-crowd-n792116 ), or the shooting up of a mosque occuring in Christchurch, New Zealand (https://www.nbcnews.com/news/world/new-zealand-mosque-shootings), and other examples. There have been cases of extremism in history before, but there has either been an influx of new extremist cases in the past few years, or that the public are now becoming more aware of these extreme cases.

What leads to this new wave of fanatics can be summarized as the same way cults get members and armies win wars: Divide and Conquer. Though cults might have some extra steps, it is basically the same principle. The new recruit will usually be reclused, introverted, nihilistic, someone searching for some sort of meaning, or someone to blame. This individual will be easily reeled into the ideology by giving them attention, by making them feel welcome and cared for. Afterwards, they start cramming the person full of propaganda, and giving them a boogeyman to fear, fight against, and blame for all the problems in the world. And because of the individuals demeanor and lack of a social life or feeling of self purpose, they invest themselves totally into the ideology, pushing away hobbies, family, possibly even food or drink sometimes, burying themselves in all the nitbits, beliefs, and self-exerted rules to follow.

After this burial and spiritual death of the old self, they come into this rebirth through the dogmatic system they have been brought into. They will become more violent and agressive to those who they see as enemies of their ideaology or whoever critiques the ideas of their beliefs. They may also act threatening to spectators and bystanders in order to intimidate them from speaking up. This may come from indoctrination in which they are told that if someone is not an ally, then they are with the enemy, or that they are unable to communicate their ideas to bystanders in order to persuade them, and must use their techniques of intimadation that they are so used to using with critics and perceived enemies or those apposed to the ideology. They allow the speakers, the recruiters of the ideology, to persuade bystanders and bring them into the ideology.

As time passes on, the individual will either become more isolated from everyone or be isolated with only members of the same ideology, either through only communicated with people in their neighborhood with same beliefs, or using online platforms and chatrooms that only hold their beliefs, with no diversity of thought in those chatrooms or websites, allowing for an echo chamber that allows for more radicalization for these individuals. Sooner or later, those individuals will become so intertwined into this ideology, their own personal faith in a time where God is seen as dead, that they will then act in extreme ways, throwing off all thoughts of consequence and common sense, in order to help the cause, to help their ideology, by trying to get rid of the enemy. Thus the steps leading to the actions of extremists, on both the right and the left, are roughly plotted out, following a similar pattern that may be logically deduced, both from looking at the backgrounds of those who commited such atrocious acts, and from looking into the systems of recruitment that some fringe groups use.

An interesting video that I'm reminded of is an artistic piece explaining how one can be a cult leader, and how the recruits must be treated, and what they will then be able to do for you. And even though it's mainly aimed torwards it being about cults, it feels as though it reflects on how ideology in general can turn people to extreme actions and thought, and how others will use these ideologies in order to create those who will either do their bidding for the supposed cause. Either way, it is a cautionary tale for us all in the dark depths ideology can go if left unchallenged, and how we must be ever vigilant ad ever challenging, both of other's beliefs and our own beliefs.