Turning Point USA and Ashley StClair: The Last Dying Breath of the Cuckservatives 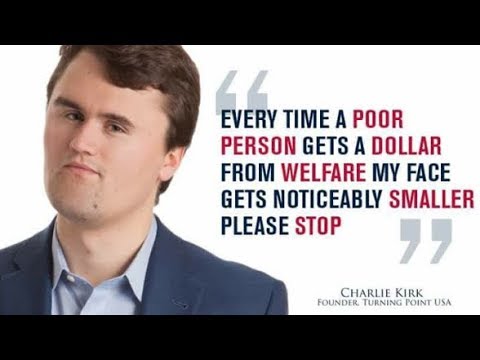 Turning Point USA and Ashley StClair: The Last Dying Breath of the Cuckservatives published by Student000
Writer Rating: 0
Posted on 2019-10-03
Writer Description: Just My Thoughts On Things
This writer has written 9 articles.

Like the cowards they are, Turning Point USA has fired one of their own over a non-scandal involving the hilarious, and eccentric Nick Fuentes, host of the online commentary show “America First”. This firing comes after the fired former brand adviser, Ashley StClair, attended a dinner with an assortment of characters, along with Nick Fuentes. What sparked the controversy was flimsy accusation of Fuentes being a white nationalist (despite the kid being half Mexican). StClair seemed to have crossed the line and violated a non-contact order which seems to hoovering over the head of Fuentes in an attempt to ostracize his from respectable discourse. The ostracism comes at the behest of a number of figures, from the senior editor at the editorial “Human Events”, to the alleged neocon (pretty much a neocon) and host of the Daily Wire, Ben Shapiro.

Miss StClair now finds herself the target of a right-wing gatekeeper campaign aimed at all those who dare object and disagree with the standard Neoconservative and Cuckservative thought that is customary at conservative Inc. In their usual fashion, and ever hell-bent on abiding by the moral foundations established by the left, Turning Point USA, and conservative Inc. in general, have made it their established mission to ostracize all those guilty of the internal blasphemies of homophobia, racism, Islamophobia, anti-Semitism, and the expected new edition of transphobia (let’s not kid ourselves, we all see it coming).

Despite Stclair being accused of associating with “white nationalists”, the meeting seemed to be a meeting of anything but. Indeed, StClair, who is herself Jewish, was probably the whitest (or white’ish) person in the room, outside of the right-wing grafter, and failed rap artist, Baked Alaska. The participants are listed as followed: Kathy Yhu (Asian), Nick Fuentes (Afro-Latino), Ali Alexander (Indian?nBlack?), and a few other non-visible minorities. This is hardly what you’d expect from the denizens of the evil, treacherous, white supremacist underworld, and yet, this is the hill conservative Inc. has decided to die on. This same week, the 17-year-old commentator, CJ Pearson, was himself accused of being a white supremacist sympathizer, if not a white supremacist himself (CJ Pearson is visibly black, btw) for daring to make the innocuous statement that white nationalists are not inherently wrong and that the idea of a white nationalist, that is, someone who is white while also being a nationalist, is not inherently bad in onto itself. As noted before, CJ was roundly rebuked by conservative Inc. and was even the target of a hit piece by the Washington Examiner, dubbing him “the Greta Thunberg of the Right”, equating him with the famous 16-year-old climate advocate and insinuating that Pearson somehow shared her penchant for being clueless and no more than a mouth piece for whatever agenda he was being manipulated to represent. It would seem the Republican plantation, like the Democrat plantation is not too keen on uppity blacks who speak their mind in opposition to party dogma.

What the disciplining of the un-orthodixed views of both Pearson and Stclair shows us is that Conservative Inc. (also known as Cuckersavtive Inc. and Cuck-right) is losing grip on the minds of the younger generation in the internet age. It’s much more difficult to ostracize individuals from the conservative movement like the neocons did to Buchanan and other paleocons (and an assortment of other cons) during the 80s and 90s by tarnishing their names with hoax scandals and empty accusation of racism and whiny denunciations of anti-Semitism. Altercations don’t happen in secluded boardrooms in New York, anymore. Nor do they happen in slyly written remarks in the pages of the National Review. Altercation today are public and in your face. This makes it easy for the public to call a snake a snake. Gatekeeping is a dying profession and the Cuckservative right can no longer use their money power as a means of distorting public opinion. The internet is the great equalizer. Get used to it.

The old Puritans of the Republican party can’t hold back the coming tidal wave of gen z. You can’t beat dank memes with stale platitudes. You can’t youthful transgression with moral indignation. Didn’t we learn anything from the 60s?