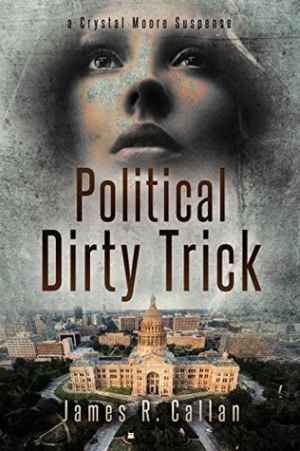 Let's start off with a story. The then retired magician Jean-Eugene Robert-Houdin was hired by Napolean during rising feelings of independence in Algeria, which had been colonized by France. The planned uprising, led by the medicine men of that country, was, in Napolean's plan, to be squashed by having Robert-Houdin show them tricks that detail how much stronger French magic was over Algerian magic. Robert-Houdin accepted the job, and later came to Algeria, showing them a trick using a box. He would call an Algerian warrior up, and ask them to lift the box, which the warrior would easily do. Houdin would then say, "You are now weak as women." He would ask them to lift the box again, and they could not lift it, while he lifted it with ease afterwards. Because of that, the Algerian uprising was put to a stand still, from the fear of the French magic and it's strength.

Of course, it was a trick. There was no actual magic, it was all quakery. However, this story is probably the most literal comparison one can get when talking about magic and politics. Politiicians basically use the same essential techniques as magicians do, however they use it more to gain power than to entertain as magicians do. Like hacks, scammers, and phony psychics, politicians use magic in an immoral way, to get what they want, without letting their audience know it's a trick.

In magic, there are two parts to a trick: the method and the effect. The method is how the trick is done; all the secret moves and hidden techniques and science used to perform the trick. The effect is, well, how it affects your audience; what makes the trick seem like a miracle, the stage performance the magician makes to give more power and enthusiasm to the trick.

Let us first talk about the effect. This is the performance, the speech, the story that makes the trick have greater power. Without performance, the trick would not have the amount of influence it has. For the magician, this is the lighting, the placement, what they say, how they say it, everything needed to give a performance, whether it is comedic or moody. The politician uses this as well. He tries to get the best lighting, and be center stage to everything, having the highest perch for all to see them. They recite speeches they didn't wrote, or, if they did, were heavily edited by someone. Catchy slogans and emotions are sold instead of policy. It's becomes mostly fluff with only a little substance to anything said.

The method of the trick is what actually makes it work. It's the special techniques and step by step progression and actions used in combination in order to make the trick actually work. The method in this trick of politics is far more devious then the effect. The effect is merely the charismatic part. We come now to the scheming. Buy out the press to say good things about you, or bad things about your opponent. Dig up old woes of the opposing candidate to use as mud to sling. Call anything said against you lies or attempts at ruining your name, having them seem as tough they're trying to kill your character. Make deals with corporations or higher powers to help you get your position. And once you're in it, get nothing done, nothing changed, or at least get a very minimal amount of change done, so you can promise to finsish it if people vote for you again.

While this does not outline all of the techniques used by politicians, the comparison between the magician and the politician can be easily made, and is easy to percieve if you either know how magic works or how politics works. The difference, however, is ethicacy. The magician fools you with consent, with the purpose to entertain, to serve as a jester in some ways. The politician fools you without consent, with the purpose to rule, and have you serve him. And while there can be ethical politicians, they are few and far between. It is game that must either bea reform to make it ethical again, throwing away the tricks and misdirections to tell the truth, or have it that a revolution shall take place, that the politicians and politics be thrown out all together. While I am more for reformation than revolution, I fear that it will only be the next logical step in this insanity.