The Young Turks founder Cenk Uygur has announced his run for congress. 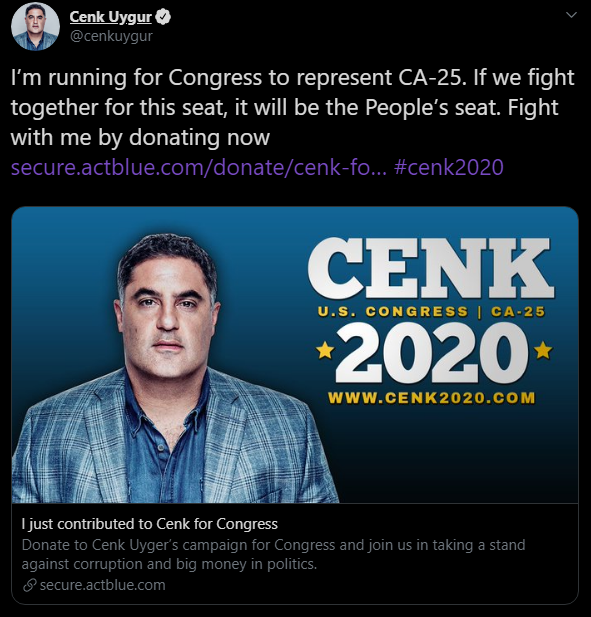 The founder of daily progressive podcast The Young Turks has announced his run for congress. Just today, he has raised over $100,000 worth of campaign funds. Just recently, he has also endorsed democratic presidential candidate and democratic socialist Bernie Sanders as his golden boy for the presidency. Referring to capitalism, Cenk stated “I don't want to negotiate with this current system” in a video explaining his endorsement for Mr. Sanders. It is unknown what would happen to the hugely popular podcast if Cenk was more occupied with a congressional seat. Cenk's past is not without controversy, however. Cenk Uygur once wrote in an article on November 22, 1991, for The Daily Pennsylvanian, “Well, I question it. The claims of an Armenian Genocide are not based on historical facts. If the history of the period is examined it becomes evident that no such event took place.” The Armenian Genocide was recently acknowledged in 2019, when governments of 32 major countries officially recognized the genocide that took place between 1915 and 1923, where the Ottoman Empire started slaughtering between 700,000 to 1,800,00 Armenians. Uygur has issued a statement on his conspiracy theories, where he claimed he is not a historian, he did not, however, retract his statements made about the genocide.