I Discovered Happiness at the Cosmos Hotel in Moldova 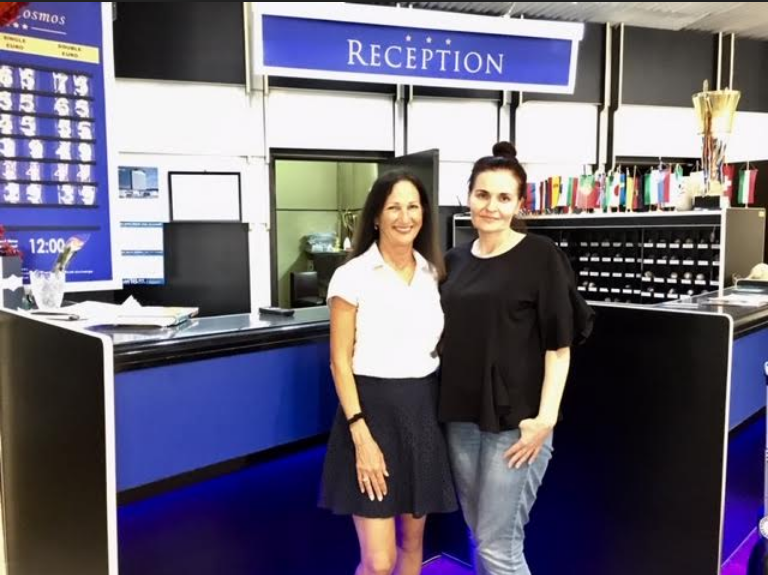 I Discovered Happiness at the Cosmos Hotel in Moldova published by Maura4u
Writer Rating: 0
Posted on 2019-11-24
Writer Description: Happiness, Self Leadership and a Better Society
This writer has written 59 articles.

I discovered a welcome gift of happiness while visiting Moldova and it was packaged in the Cosmos Hotel.

The Cosmos Hotel may never be acknowledged for external beauty, fine dining or high tech appointments, but I give it my award for warming the hearts of its visitors with kindness, happiness and joy.

When  my husband and I visited Moldova this summer, we made reservations at Cosmos Hotel where travel reviews promised a throwback experience to the former Soviet Union. I was intrigued by the opportunity to visit this small nation nestled between Romania and Ukraine and the prospect of staying at what was once one of the capitol city’s most celebrated hotels.

The Breakfast Crowd at Cosmos

Built in 1983, this block style concrete edifice was constructed to provide needed respite to workers from Russia’s frigid north. Compliments of the Soviet state, employees and their families enjoyed lengthy stays to restore their bodies in Moldova’s milder climate while enjoying fresh food from abundant local crops.

In the past, the Cosmos Hotel teemed with hundreds of guests. But upon entering the worn lobby in the summer of 2019, it underwhelmed.

My husband and I walked through a dimly lit hallway and entered a guest room that felt more like the forgotten 50’s. More perplexing, it didn’t speak of any former Soviet Union I’d ever imagined.

However, when I asked if we could request a room change, things took a surprising turn. The response we received was my first indication that the Cosmos Hotel should be viewed through the heart rather than the naked eye.

A young receptionist immediately apologized. She quickly grabbed new keys and offered us not one, but four, additional rooms from which to choose. Though universally dated, we settled on a brightly lit guest room with a sparkling shower.

During the next few days, my husband and I arose to cafeteria-style breakfasts before exploring the city on foot from the hotel’s centralized location. We checked out official buildings, monuments, local shopping and restaurants. We also toured beyond the city with a native friend who took us outside the capitol and exposed us to further insights concerning Moldova’s social, cultural, historical and business landscape. From this expanded vantage point, we dined on the country’s finest native food in a remarkably verdant setting that resembled an outdoor movie set. We also enjoyed wine and appetizers at a world renowned wine cellar that has played host to luminaries like Bono, the Pope and multiple heads of state.

Though enthused to take in the sights and flavors of this country, it was back at the Cosmos Hotel that I found the heart of what I was truly looking for.

Moldova is not a wealthy country. To the contrary, it’s considered one of the poorest in all of Europe. Since the fall of the Soviet Union, Moldova has struggled to find its economic footing and establish a new national identity. As with other states in the region, it’s also been challenged by corruption.

A Close Up Look at Moldova’s Millennials

The lovely young women at the reception desk were enthused to speak with this American and share some helpful stories I could bring back home. Their English was impeccable.

Born in the early 1990’s, these Millennials explained how their parents’ generation fared better economically than they do today. Money went further and lifestyles were generally easier under the now defunct U.S.S.R. Despite differing national pasts, this common denominator provided a social reference point for me. Every generation carries hopes, dreams and aspirations, but how we choose to face them — especially when confronted with challenges — speaks to the strength of our inner will and character.

Unlike their parents and grandparents who were placed in jobs by the state following university graduation, these women and their contemporaries must now find jobs on their own, frequently at very low wages.

As with much of this region, hotel employees work grueling 24-hour shifts. Yet displaying neither fatigue nor disinterest, these young women were delighted to chat. When asked about their favorite part of work, they agreed it was meeting with guests from parts of the world that their ancestors never would have met.

The girls discussed how post-Soviet era changes have ushered in more freedom of speech and opportunities to mix with people of the West. In the past, people couldn’t travel beyond the confines of the U.S.S.R. Back then, citizens weren’t allowed to criticize the state, but now things are much more open. The girls talked about friends and relatives who have studied outside the former Soviet Union sphere and they both smiled.

“We’re not too different from you,” they agreed.

Despite meager incomes and long working hours, these delightful young women were genuinely happy working at the Cosmos. Moreover, they exuded a shared enthusiasm about a woman named Anastasia. More than the hotel manager, Anastasia was a mentor they loved and respected, one whose effervescent spirit has cascaded into their own lives and work.

“You must meet with Anastasia when she comes in to work,” they advised. “She will answer all your questions about this hotel and about Moldova’s past, too!”

An Inspiring Leader and More

Posing at the Reception Desk with Anastasia

I’m so glad I had time to meet with Anastasia and she was excited to meet and chat with me as well.

During our visit, I learned that Anastasia’s mother worked at the hotel since its grand opening and remained an employee for 21 years. She conveyed her mom’s memories of how building this mammoth hotel in their small, agricultural-based land was an exciting and grand event. Hundreds of guests regularly flooded in from other parts of the Soviet Union.

Yet by the time Anastasia arrived at the hotel in 2006, business and times had changed dramatically.

“When I started working here, we had one guest, only one guest!” she mused with consternation. “For one, maybe two years, it was very hard for me. I couldn’t understand why no one was coming here.”

The hotel closed for awhile to make some needed renovations while ideas were bandied about on how to improve the hotel’s standing. Was management stuck in the Soviet era? Did they need to learn English? Use the internet?

Several advancements were made, but according to Anastasia, the secret to the hotel’s growing resurgence is happiness.

“I tell my staff that we don’t know about people’s private lives and problems. When people come here and they are angry or aggressive, we are never to be rude. Instead, we have to offer kindness and happiness of heart. As we do, we help them change their mood.” According to stories, they often do.

Much of Anastasia’s character and spirit comes from her family background. She spoke with enthusiasm and pride about those ancestors, several of whom were well-educated luminaries in their time. However, she zeroed in most on her late grandmother.

“My granny was head of the music department at National Moldovan Radio. It was an important position. I can remember the night she received the private phone call that our Soviet leader had died. She had to announce the news the following morning.”

There was more to “granny” than a public persona, as Anastasia would explain.

“Granny loved reading her books and didn’t need much else. She told me you  have to be kind in heart and learn to be happy in life.” From her grandmother’s example and what she’s discovered on her own, Anastasia summed up her leadership and life philosophy.

“When you are happy in the inside of you, you also spread this happiness around you.”

The living example of “granny” was what ultimately helped Anastasia change the internal atmosphere of a sterile building into a warm experience for those who now pass through the doors of Hotel Cosmos.

The Cosmos Hotel website boasts, “You will come as a guest, and you will leave as a friend.”

Thanks to Anastasia and her blossoming staff, Moldova’s Cosmos Hotel holds a special place of friendship and happiness for this American.

Looking for more inspiration with a "Living Happy - Inside Out" feel? Click here for Podcast 159: Are You Leading or Being Led?

Engage me as your next Keynote

Invite me as your Media Guest

Subscribe to my Podcast on iTunes, Stitcher and Google Play

Enroll in my eCourse