Faith and the Family 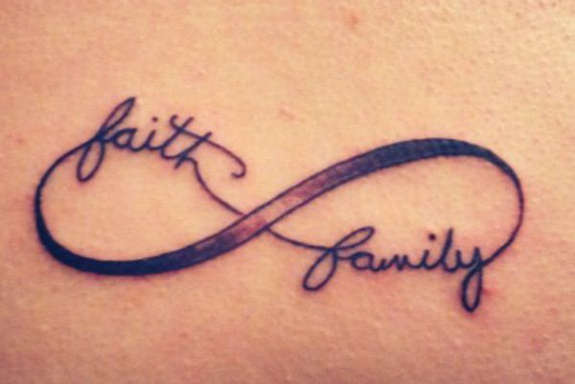 In recent years, we have now been able to see a trend of people straying either to Individualism or Collectivism, in both of their many forms. Those who are Libertarians and or moderates have leaned more towards Individualism, while nationalists and globalists have leaned more to Collectivism. In either sense, they move towards a path they believe to be best for themselves and their kin in the future.

As well as this trend, there is also a resurgence of faith appearing, a Third Awakening, one can say. People are now turning to God for both redemption and salvation in this changing world.

A unifying principle in these revivals and skews can be summed up in one word: Family. Supporters and folllowers of both Individualism and Collectivism, in whatever forms they may take, have become indued with a new respect and longing for the family. It is their guiding ideal in this brave new world that the recent past generations have created for us.

The question lies whether their hope in the family will be lead astray by Hudge or Gudge. Since the supposed death of God, Man has gone astray and has searched for other things to put their faith in. While the philosophers tried to redeem their faith by putting it in man itself or in understanding oneself, false steps and trippings have led to unaccounted consequences. While few still held the faith, Man decided to look either into his ego, into the sciences, or into the state. In that way have those who seek power corrupted once valiant causes: the seeking for meaning in the Individual to going down the lane of hedonistic pleasures, the goal of peace among the world to fierce global authority, the ideal of patriotism and each nation being soveriegn defiled into imperialistic conquerings and fierce nationalistic fear.

Even Man himself is not seen as sacred. Those who had turn to the sciences in hopes of bringing in a new era have chosen by means of great danger and defiling of Man. The Eugenists tried to create the Ubermensch by advocating for the breeding of men like cart horses, in belief that Man is determined by his body and his genes, the blood in his veins, that all his choices are based not of his own will but of what he is made of. The scientists who worked for governments, in hoping for the ideal of brining peace via science, merely brought more death, destruction, and fear then one can imagine. I say this n not to abandon science in totality, but merely to show that one cannot put their whole belief in science, in the material, unchecked to solve propblems created.

From these defilements, the family has strained greatly. While in the days of long ago the family still had semblence and was still an ideal, the preachers of these new moralities, of stark individualism or of great collectivism, had sowed themselves into the system of propaganda and thought control we have created ourselves, known as Culture. These moralities base themselves of the fads of their days, of aiming towards supposed progress and change for the better. In effect, they threw away the old morality to take up the new, the fashionable. And once that fashionable morality becomes unfashionable, it is thrown away by the generation after. In these ways, the family has been reduced and almost smothered out of existence, by both the State, who sees these new moralities as a way to gain total control, and by the preachers and priests of these new moralities, who seek themselves to spread its power, for either honorable or dishonaorable reasons.

With this in mind, it is suprising to see the family survive as long as it has. A power is at work that has helped for this institution that rivals even the power of great nations. This power can be found in the old faith of God.

In the morality of old, the faith in the supreme being, their were morals passed down that in a sense reflected the possible objective truths of Man's existence. It is quite fascinating that in Christianity, the Divine model reflects the model of the family: God the Father and Creator being the father, the Holy Virgin Mary being the mother, and the Resurrected Lord Jesus being the child. The importance of family is stretched in faith, but even the faith reflects the true importance of it by giving it into the sense of the holy and sacred.

In this way, the link of faith and family is forged. The families who still keep to the traditions of old will try in their best to teach their children of them, to keep them and do better than their parents had done to fulfill those dreams of peace and serenity which all seek. The new faiths and moralities seek a bogeyman for the populace to fear, in order that they may gain power to do their own will which they see as divine. Those in these new faiths with good hearts will be tossed aside once the goals of those hungry to rule are met, with the good follishly letting them take it, whether they are the opposition or allies. In the old faith, fear is not in a bogeyman, and hope is the guiding goal, to see all men have their own family, their own fulfillment, to allow them to have their own power over themselves, as bestowed by God.

In that way, of holding up the virtue of the family, does faith act as a pillar of support, as a crutch for the passing of and creation of the family. The sacredness inherent in faith is bestowed on the family, not because the faith merely deems it divine, but because the faith understands the true holiness inherent in the family and the ideal of it. And while the speakers of Individualism and Collectivism both preach their own Utopia, true liberty and hope for the family must be void from these ideologies, as the family is in itself a power that cannot be detested, that even the faith, which bows to no state and no individual, prostrates itself to the family, in awe of its power and truth inherent, which no man or power can take away.