Was Trump a 'draft dodger’? 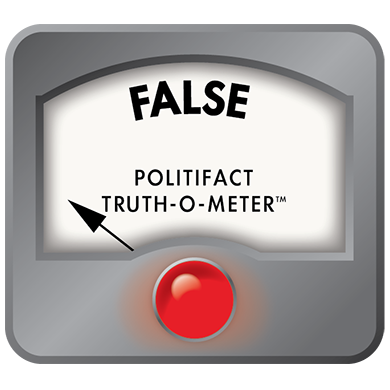 "He’s a war hero because he was captured " Trump said July 18 2015 during an interview in Ames Iowa. "I like people who weren’t captured."

McCain ended up in a Hanoi POW camp after his Navy dive bomber was shot down in 1967. He broke both arms and a leg as he ejected. He endured enormous pain and torture and spent over five years in captivity.

While McCain was surviving as a prisoner Trump was a college student at the University of Pennsylvania Wharton School. His remarks about McCain drew attention to how he spent his time during Vietnam but that part of his resume was in the line of fire even before he disparaged his Republican colleague.

Ronald Kuby a criminal and civil rights lawyer and talk show host appeared on WABC-AM in New York City on July 15 2015 three days before Trump made his controversial comments. Kuby highlighted the multiple student deferments Trump received and how he finally got a medical exemption that staved off the draft.

We asked Kuby what he meant and he explained "I use the term broadly to mean anyone who took advantage of deferments to avoid being drafted."

In theory that could apply to a huge number of people. In the course of the Vietnam War about 15.4 million men received deferments were exempted or disqualified. In contrast to those millions the government charged 210 000 people with draft violations ranging from burning their draft cards to refusing to serve to fleeing the country.

"The only people who violated the Selective Service Act did so out of principle " Kuby said. "They were going to show they were not cowards by risking imprisonment to protest an immoral war. If you were white and middle class there were many legal ways out."

Kuby said that draft dodger is not a legal term.

"The term ‘draft dodging’ is a characterization that does not reflect any legal category but rather somebody’s view of the assiduousness and honesty with which a draft registrant seeks to avoid service " Tigar told us. "Many people who might have sought exemption or deferment from the draft decided to volunteer. Many others sought ways around participation in the military conflict."

During the war the draft dodging term was used loosely. An Associated Press headline from 1967 said "LBJ hopes to stop draft dodging." The article was about dropping student deferments for men in graduate school.