Investing for the crash 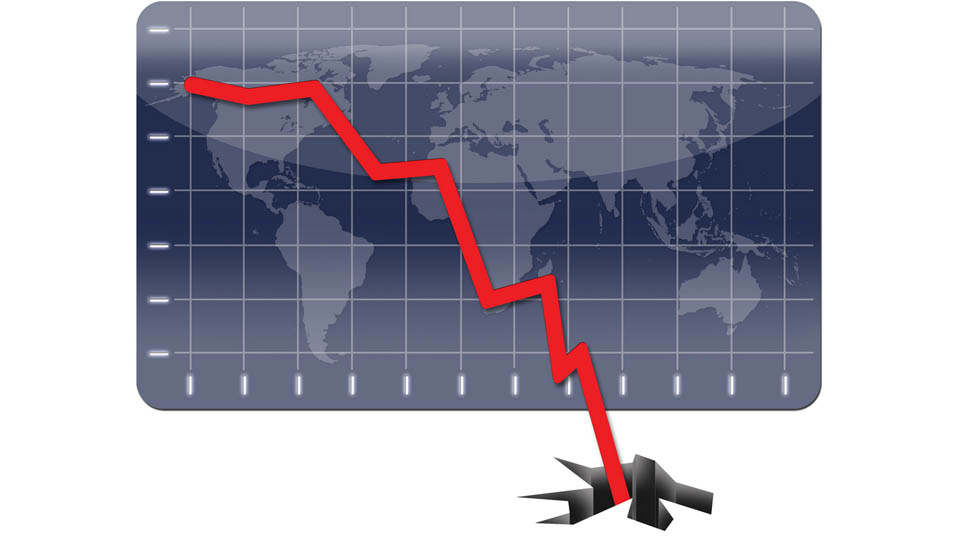 Investing for the crash published by Jonathan Schloss
Writer Rating: 0
Posted on 2020-07-06
Writer Description: Economy and radical liberalism
This writer has written 1 articles.

As the economy has been in an artificial boom for decades now, with a few hiccups (like the .com bubble and the 2008 housing crash) immediately “fixed” by a generous supply of cheap money in the form of 0% interest rates and quantitative easing, it is easy for everyday people to stumble through life without paying attention to the fact that what goes up must come down, therefore a big recession as a result of the “everything bubble” bursting is inevitable. It is not a question of if, but when.

The apparent consequences of our current monetary policy are easy to see, but as with any disease, while the symptoms are apparent to the layman, the causes are obscure. Stalling real wages and increasing consumer prices are often protested, but many people put the blame on corporations and businessmen instead of the artificially low interest rates. For more information on how the government causes recessions and depressions see this video.

Now how can normal people prepare financially for the impeding collapse? Let’s start by reviewing which asset classes are definitely not recession proof:

High yield bonds and other debt instruments will default in a credit squeeze and therefore are useless in a depression comparable to the great depression of 1929. Combined with the low yields these assets provide even in good conditions, they are not suited for investors worried about major economic or societal crises. This also goes for sovereign debt and even T-Bills, which are traditionally perceived to be a nearly risk-free safe haven, but in a hyperinflation, they become worthless and in an (unlikely) deflation, they provide little advantage over cash.

Likewise a savings account provides next to no returns while exposing you to the risk of money being inaccessible or even seized in the form of a capital levy. The people of Cyprus had to learn this lesson the hard way, when nearly 47,5% of all bank deposits and savings in safety deposit boxes being taken from them. This represents a -47,5 % ROI, the likes of which would spell ruin for most professional investors.

With stocks, some sectors in the consumer goods industry will likely do fine if society does not collapse entirely, while the capital goods industries will take a major hit. As most of the larger indexes are dominated by financial services and capital goods industries they are expected to plummet. Therefore, the “buy the haystack” strategy of investing in broad index funds is not optimal for such a time, though it is generally a proven and profitable strategy in the long term.

Futures of consumer goods, such as lean hogs, grain or orange juice, will likely do fine as consumers actually profit from deflation, and demand for these goods is less influenced by the general state of the economy. However, they are not an asset class suitable for most investors.

For many preppers, the first thing that comes to mind when they think about keeping their finances depression-proof is precious metals, which usually appreciate during times of uncertainty.
Precious metal ETFs or futures can be traded easily, while physical metals have the advantage of being accessible, independent of transaction infrastructure, and suitable for barter in case of a societal collapse.

Physical industrial metals and rare earths are also an asset class which is gaining traction. In line with the predicted decline of the capital goods industry, most of them are expected to lose value initially though their scarcity and monopolisation makes them a valuable long term physical investment, with a value-density (dollars per pound/cubic meter) approaching and sometimes even surpassing that of gold.

An even more controversial and risky method of hedging against economic downturns, although arguably also the one with the highest potential for profit, are cryptocurrencies and their derivatives.
Cryptocurrencies have not yet proven to be a “safe haven”-asset, although they share many properties with precious metals, such as being deflationary, easy to store and potentially hide, and not being subject to the direct control of any government or supranational institution.

Bitcoin and other cryptocurrencies have been by far the most profitable asset class of the last decade. For retail investors, it may be advisable to keep a small part of their portfolio in “spot”, unleveraged crypto, on their own wallets. They can be bought at your local Crypto ATM, via sites such as LocalBitcoin and Paxful, or on online exchanges such as Binance and
LiteBit.

Investors with an even higher risk tolerance may wish to use leveraged derivatives exchanges to hedge their crypto holdings against crashes or yield surplus returns by amplifying the gain/loss for a given change in market price. Examples of reputable peer to peer exchanges operating in Canada (except Québec) include:

BitMex is the oldest still operating exchange offering isolated leverage up to 100X. New users are eligible for a 10% discount on its low fees (0,075% on the notional value of the position) for a period of 6 months.

Bybit is a newer competitor to BitMEX, boasting up to 90 USD (120CAD) as bonuses for registration, deposits and trading volume. It also offers short term position insurance options and USDT.