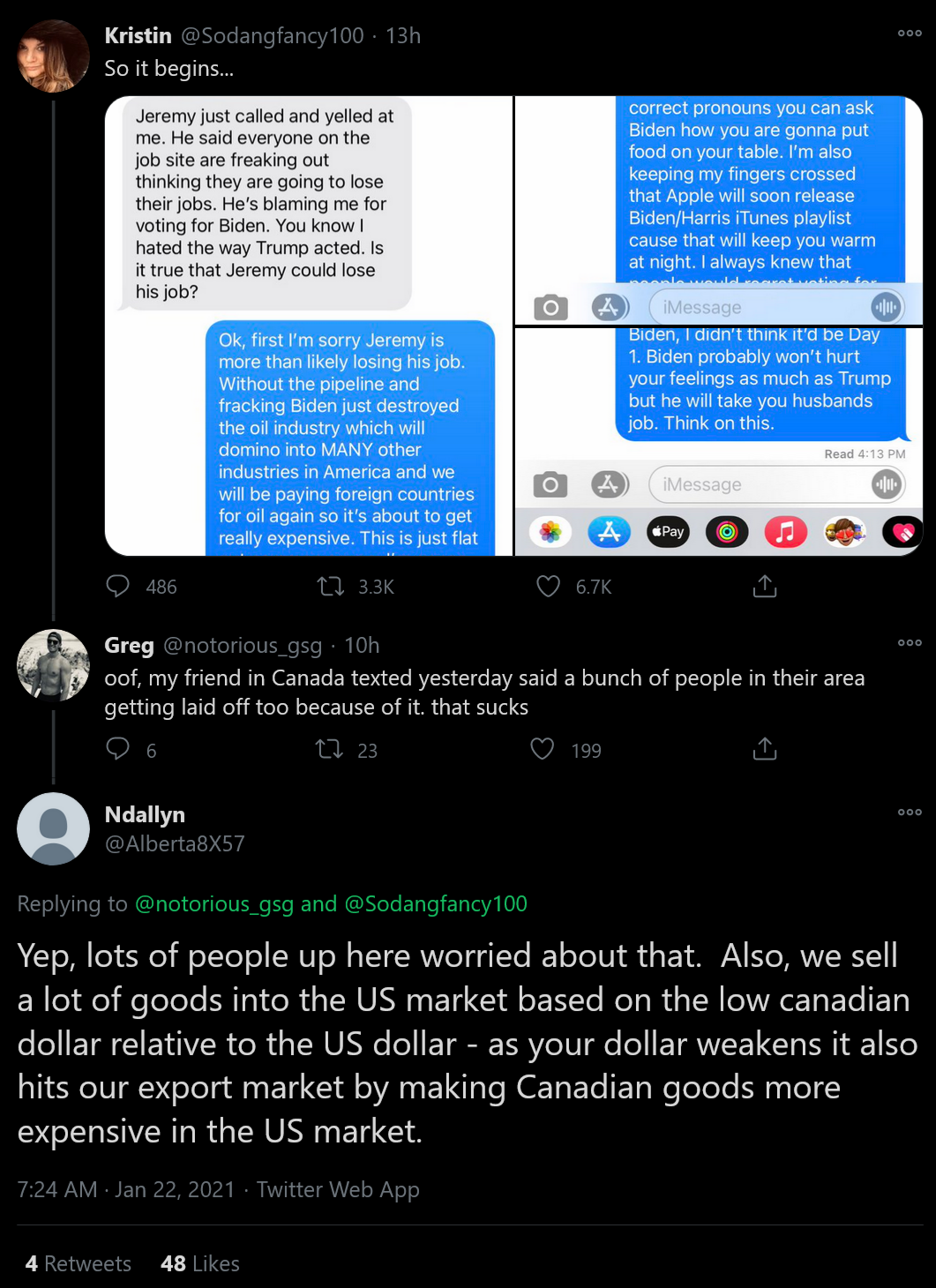 And within a Thanos snap useless fake president Joe Biden plans to cancel keystone pipeline laying off hundred to thousands of both canucks and yankees published by Ben Dover
Writer Rating: 0
Posted on 2021-01-22
Writer Description: Right Wing Libertarian ready to smack the liberals
This writer has written 5 articles.

Its crazy how all it takes is a psyop with the power of Covid and BLM movement to make a decent president lose a bid at a second term..  so, shit news has occured in the next following days Fake President Joe Biden has cancelled the keystone pipeline and has caused hundreds to thousands of workers for Canadian and American to lose their jobs and hurt their source of income and a way to feed their families its funny how democrats talk all the time about progress and then when progress presents itself they cancel it.

Typical democrat behavior they'll sabotage the working class and to satisfy the enviromental hippies and then when criticizied in any way they send their supporters to harass the individual and sabotage their career and add negative media coverage on top of that to further damage their reputation which can often lead to suicide in some cases, leftists can be so evil and remember guys this was the man with a "plan" and yet he's busy reversing some of the logical executive orders trump did and his supporters to comprehend this.. they're busy celebrating the orange man being gone to see it through their thick skulls.

The GOP is in a rough spot right now the democratic cabal makes making political gain diffucult and as well a changing demographics of indoctinated zoomers and who ever comes to push a positive rheotoric for the Republicans are seen racist and harassed and slandered to oblivion by the democratic controlled media and when republicans try to copy democrats in some shape or form they incidently lose their voting base and from a honest perceptive im not truly picking sides.. I don't think a red state is better than a blue state and vice versa but I do think politicians have been dogshit at managing the states they control and situation like rising house prices in california and homeless and crime in places like Denver,L.A and NYC and asisine shit like 600 a month for a crapped bedroom in a NYC apartment.

But I'd say democrats have become shittier and other things has no doubt given them a bad rap down the line and things won't look for them. when civil unrest breaks out.