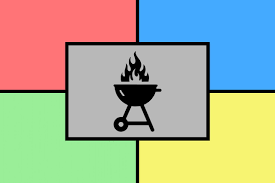 Centrist papers NO.1 published by Centrist_Center
Writer Rating: 0
Posted on 2021-11-26
Writer Description: I am going to write the best articles
This writer has written 3 articles.

Centrist papers NO.1 To the people of blue politics it is apparent that we have a failing system. There are a abundant of issues, I can not sum it up and explain how to fix said issues in one essay but instead I will make a collection of essays called the centrist papers, But anyways the example I can conclude is the way we elect moderators. While this system has work and I have no doubt that the people who made said system made it in good faith our system can not be sustained. I believe if we set terms for moderators the amount of rampant corruption that happens in said aristocrats would dwindle down to a more manageable amount. I believe that the system we have makes it where the aristocrats stay in power and only gets demoted when they do massive rule breaks I can name examples but I would not like to get targeted by the elite class. This system we have will only just promote people to put on a mask and hide there intents until they have power and thus oppress the people. With term limits It will strengthen are republic and make sure the moderators stay on their behavior I believe it the terms will last for four months and then when said term is expired the moderators will host elections on who is running for moderators there will be a popular vote then there will be a electoral collage where the representatives (moderators) vote on who becomes a moderator the popular vote will not choose who will become moderators but will show the representatives (moderators) on who they should elect.-centrist