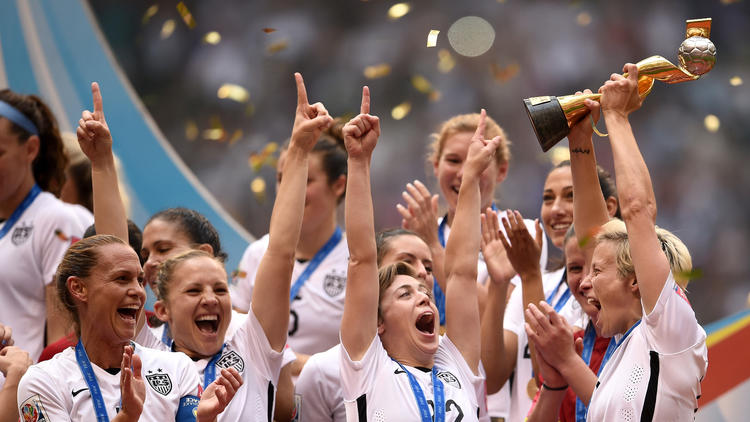 Five female players from the World Cup-winning U.S. national team have accused the U.S. Soccer Federation of wage discrimination in an action filed with the Equal Employment Opportunity Commission.

Alex Morgan, Carli Lloyd, Megan Rapinoe, Becky Sauerbrunn and Hope Solo maintain in the EEOC filing they were paid nearly four times less than their male counterparts on the U.S. men's national team. The filing was announced Thursday in a statement from the law firm representing the players.

"The numbers speak for themselves," Solo said in a statement. "We are the best in the world, have three World Cup Championships, four Olympic Championships, and the USMNT get paid more just to show up than we get paid to win major championships."

The union representing the players is currently involved in a legal dispute with U.S. Soccer over the terms of their collective bargaining agreement. The federation filed a lawsuit this year seeking to clarify that its contract with the U.S. Women's National Soccer Team Players Association runs through the Rio Olympics until Dec. 31. The union maintains the memorandum of understanding agreed to in March 2013 can be terminated at any time.