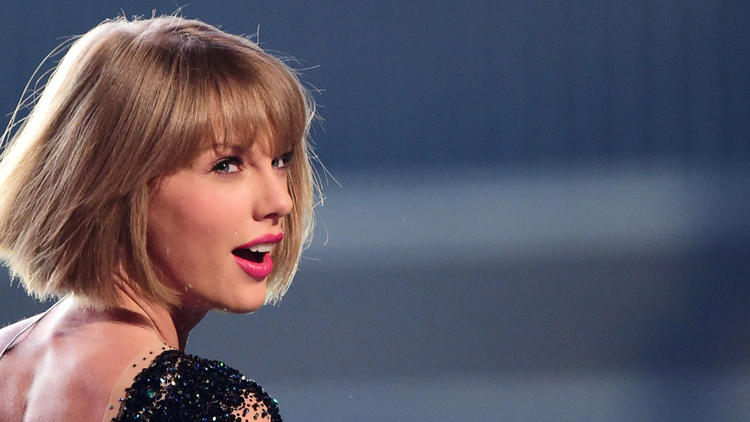 The comedic stylings of Taylor Swift are in full effect in a new Apple Music ad the songstress shared on Twitter on Friday morning.

In the commercial, the music superstar is prepping for cardio day and searching for a song to get her started on treadmill time. Using Apple Music, she lands on “Jumpman” by Drake and Future and sings along as she jogs, getting increasingly into it, leading to hilarious results.

The incident, the songstress tweeted, is based on actual events.

But the most interesting aspect of the ad may be the fact that it exists at all. When Apple Music debuted last year, it had a very vocal detractor in Swift, who expressed dismay that the corporation was opting not to pay artists and producers during a three-month trial period it was offering customers.

The issue was resolved in June 2015, with Apple agreeing to pay artists during the trial period and the company acknowledging Swift’s disapproval of its original plan. Apple’s quick change of heart seemed to sweeten its relationship with Swift, who agreed to stream her “1989” shortly after the decision, even making her “1989 World Tour” documentary available to stream exclusively on Apple Music in December 2015.

The ad is light, frothy and fun, likely the most harmless thing (except maybe for Swift’s stunt double) you’ll see on Twitter this April Fool’s Day, which is also Apple’s 40th anniversary.

Check out the full video below, pop a piece of leftover Easter candy and marvel at just how hazardous exercise (and Drake) can be to your health.