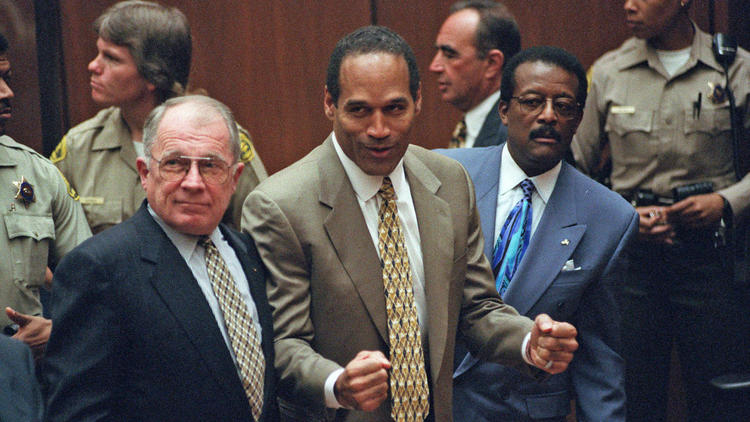 rensic testing concluded that a knife reportedly found at the former home ofO.J. Simpson is not connected to the 1994 homicide case, Los Angeles policeconfirmed Friday.

The LAPD performed a variety of forensic tests on the knife before making the conclusion.

Sources told The Times recently that a preliminary review suggested that the weapon appeared to be unconnected to the brutal 1994 slayings of Simpson's ex-wife, Nicole Brown Simpson, and her friend Ronald Goldman.

"That is not the knife," an LAPD source familiar with the investigation said Friday. “There is no evidence related to the crime.”

The LAPD did extensive forensic examination of the knife for blood, fingerprints and DNA while also comparing the rusty, 5-inch fixed-blade knife with the cuts inflicted on Brown Simpson and Goldman during the deadly attack. During trial testimony, the Los Angeles County coroner testified it was his opinion the weapon that killed the pair was a 6-and-half-inch blade at least.

Simpson was tried on murder charges but a jury found him not guilty.

The knife was supposedly found while crews were tearing down the Simpson estate in Brentwood after the property changed hands.

A retired Los Angeles police officer who was given the knife found by the construction worker called the LAPD to report it years ago, his attorney said.

When the department showed no interest, the retired officer, George Maycott, put it in his toolbox for more than a decade, attorney Trent Copeland said.

Copeland said Maycott, who retired in 1998, was working security on a movie set around 2003 when a construction worker at the demolished estate handed him the knife.