Minecraft in space: why Nasa is embracing Kerbal Space Program

And as with Minecraft, a community quickly grew around Kerbal, despite its unfinished state. Users began modifying the code and adding new features, and when it was released onto leading PC games platform Steam in spring 2013, it became one of the top five best-selling titles on the site’s “early access” section – a huge new audience joined the experiment. Felipe Falanghe, Kerbal’s creator and lead developer at Squad, has perhaps been surprised by the success of the title, but understands its appeal. “It’s about seeing your creations explode and trying to figure out why,” he says. “It’s about how you can improve the design so it doesn’t happen again” he says. “It’s about exploring and reaching out to something that was a complete unknown not too long ago.”

The success of the game hadn’t gone unnoticed. In March 2013, Squad received an intriguing tweet: “Interested in exploring an asteroid with us?” It was from Nasa, and after a year of cooperation, the Kerbal team was able to implement the real-life Asteroid Redirect Mission into its game. Players can now experiment with a genuine space programme, using Nasa rocket parts. “It’s been a truly amazing experience,” says Falanghe. “When we first started, we had very little help from experts, save what we could research on our own. For us, it was a great learning experience – none of us in the team have any formal background in aerospace or any related field.”

For Nasa, there was another motive. The public relations boom of the moon landings and the 1980s shuttle programme has long faded, and amid a biting recession, there is apathy and misunderstanding about the organisation. The American public doesn’t just lack understanding about what Nasa undertakes, it also grossly overestimates the budget it receives from the US government. As recently as 1997, the public estimated that up to 20% of government budget was allocated to Nasa – a $328bn injection that would almost certainly have meant a successful manned Mars mission by now. In truth, Nasa has requested a budget of$17.5bn for fiscal 2015. Of that, just $89m is allocated to educating the next generation of astronauts, scientists and engineers.

“I think it’s a shame,” says Falanghe, “not just for Nasa but for mankind in general, that there isn’t as much interest in space exploration these days as there should be. Reaching for the stars should be the next step for us as a species, especially as we’re so obviously exceeding the current resources the Earth has to offer.” 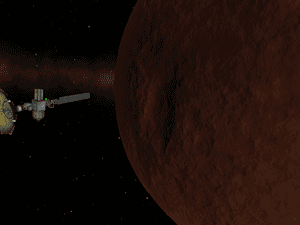 The sim allows you to build a variety of spacecraft, from rockets to satellites.

But Nasa is fighting back. Using sites like Facebook, Twitter and its own Nasa TV digital channel, it is building connections with the younger generation, explaining its projects, posting videos and live streams and designing interactive applications around its satellite and Mars Rover initiatives. “As we continue to become more connected through social media, public ignorance of public and private space exploration missions has shrunk” says David Lantz, a flight controller directly inside Nasa’s mission control. “With over 4 million people watching the last launch of Space Shuttle Atlantis and 3.2 million watching the landing of Mars Curiosity rover through various digital outlets, I’d say interest and desire has never been higher."

Joining up with Kerbal Space Program has been part of this. As Nasa develops plans to land men on an asteroid by 2025, and with a manned mission to Mars tentatively slated for launch in the early 2020s, it’s even possible we might see games giving real-time access to content, providing a sense of what it’s like to venture onto other worlds. It’s not just about providing PR to a space industry, it’s about interesting gamers in aeronautics as a viable career. “I remember playing an old simulator called Shuttle in the early 90s and then flying a shuttle in the flight simulator, X-Plane,” says Lantz. “I recall being amazed at the quality of the games and surprised at the updated graphics. I can’t help but see newer generations being inspired to go and explore as these simulators continue to follow Moore’s law”.

Can space flight sims really inspire a new generation of jet propulsion physicists and systems engineers? Thomas Pedersen, PhD is lead space strategist at Copenhagen Suborbitals, a non-profit aerospace organisation founded almost as a hobbyist venutre by Kristian von Bengtson and Peter Madsen. Since 2008, the organisation has launched several rockets, funded partly by corporate sponsorship and partly by a group of around 1,000 supporters. There was definitely something game-like about the way the outfit started. “What is more challenging that starting out completely from scratch, two men with a simple sheet metal workshop at hand and the ambition to send a man on a suborbital trajectory into space?” asks Pedersen.

For him, games have been a key inspiration in his career, not just the worthy simulations, but the more fantastical adventures of galactic exploration. “Games have gone far beyond [real life] for decades – ever since David Braben’s classic, Elite,” he says. “Ah, those memories. Perhaps Elite is why I am where I am today”

Sean Lillibridge is at Nasa’s engineering design and analysis branch for advanced thermal systems. He remembers playing simulator games while growing up and insists they inspired him to consider space as a career. “MS Flight Simulator 4.0 had a mode where you could customize the flight model of a few different aircraft,” he says. “This gave me a playground to experiment with the game, specifically the way it perceived how different changes to the aircraft would manifest themselves. Eventually, I came to understand that the computer understood its ‘airplane’ in a very different way than how an airplane actually works, while still maintaining a basic, believable flight model. This got me interested in
how computers can simulate aerodynamics. Games influenced my career by showing the beginnings of what computers were capable of simulating.”

Dawn of the serious space games

While Kerbal is one of the most successful space simulators ever created, it’s just one of many being now being developed as educational, potentially inspirational tools. David Braben, co-creator of the space trading sim Elite, is now overseeing the development of a new titles in the series, Elite: Dangerous. He believes that this is the beginning of an important few years for games and space exploration. “Frankly the next generation of space simulation is within games.” he continues. “In Elite: Dangerous we are pulling together all the known information about our galaxy within the simulation. We don’t think that is being done anywhere else.”

Other Kickstarter games, like space simulator Space Pioneer, are using the expert knowledge cosmonauts and spaceflight experts like Aleksandr Lazutkin to piece together a wonderful picture of space exploration. Lazutkin, a veteran cosmonaut with the Russian Federal Space Agency, has spent more than 180 days in space across his extensive career, survived a fire onboard Russian space station MIR in 1997 and a mid-space collision with the craft Progress a few years later. An impressive set of experiences.

“Games have the incredible and unmatched potential to inspire and give life to future ambitions” says Lazutkin. “If a video game is made the right way it can give the player new knowledge in a way that’s unobtrusive, and that’s what we’re striving for - we think that accomplishing this and inspiring people to become space explorers is something that represents the highest echelon of game making.”

The team at Kerbal certainly sees the opportunity to lead in the field of space education; to revitalise the public interest in Nasa and even to create a new generation of astronauts, cosmonauts, mission control agents and thermodynamic analysts. Games are, after all, becoming the primary medium for a new generation of digital natives, used to interacting with iPads and consoles. Television coverage of the Apollo missions may have inspired kids in the 70s, but today’s children are too busy playing Minecraft. Not that it’s a bad thing – Minecraft is teaching millions of children about architecture, urban planning, even soil mechanics. Kerbal could do the same thing for space.

“We did a survey [of over] 12,000 players and more than 92 percent are not nor ever have been part of the aerospace industry,” says Falanghe. “But more than 97% of those players said Kerbal Space Program has increased their interest in science and space and over 95% of them said they learned something about astrophysics or rocket science from playing the game.” 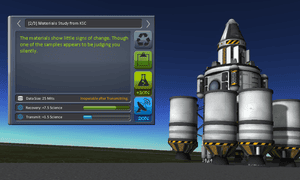 For once, it actually is rocket science...

As a community, Kerbal Space Program’s fans are as dedicated to the mission as Squad, providing feedback and actively participating in the game’s evolution, shaping it into something that even Falanghe couldn’t have anticipated. “When we did our first public release we weren’t even sure if we would keep the orbital mechanics in the game or not, as we couldn’t be sure before if players would receive it well, or think it was too complex to be fun. It was only after we released we saw players not only liked the orbits, they wanted more of it.”

It was a turning point for Kerbal, which Falanghe says was not originally intended as an authoritative simulation of space flight, complete with orbiting space stations. After feedback, the design emphasis changed entirely, and a new ethos emerged around progressive learning. With Nasa’s involvement, Squad has now teamed up with educational specialist TeacherGaming to produce KerbalEdu, a version of the game intended for classrooms, allowing teachers to create set tasks for pupils. The project is in its early stages right now, but TeacherGaming has had huge success with MinecraftEdu, bringing the game to schools around the world.

From space sim to space career

A career trajectory from interested gamer to space industry expert is one that Falanghe and his team consider plausible. As Squad perfects the balance of education and game, and nurtures its relationship with space organisations around the globe, the team edges closer to that goal.

It's clearly what Falanghe dreams of: “If we hear of a new generation of astronauts and engineers, and a renewed interest in space exploration, and if even one of them was inspired to pursue that career as a result of our little game. Well… that’s about as much as a game designer can hope to achieve, I think.”